1,500 Major Fires Across the Amazon, But What’s Behind the Burning? 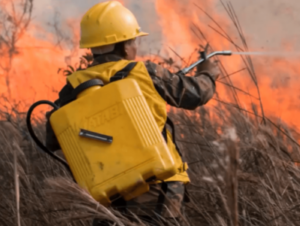 We’ve passed a grave milestone this fire season in the Amazon. Last week, the Director of our deforestation and fires monitoring initiative, MAAP, Matt Finer, announced that over 1,500 major fires across the Amazon have been detected via our real-time fire monitoring app.

The vast majority of the blazes are not the result of forest fires tearing through tracts of land as a regular part of the seasonal cycle. The climate of the Amazon is quite unlike areas of California or Australia, where dried plants and dead trees can become the unlucky targets of a violent lightning strike and erupt in flames. Instead, the relative humidity of the rainforest makes it so it doesn’t easily catch fire, even during the dry season. It is actually very rare for forests to burn by themselves, and the delicate ecosystems of the Amazon are unequipped to manage seasonal fires.

Thus, instead of forest fires, what we’re seeing is that the major fires we’ve detected in the region are caused by humans on deforested land, and follow a specific pattern of clearing forest and burning it months or a year later.

Ranchers and farmers clear forest in early months of the year and leave behind the remains of the cut trees or use them for timber. Then the plot is set on fire, giving this process its name “slash-and-burn”. The burned remains become a layer of nutrients feeding the soil, and the recently deforested area is ready for agricultural activity or cattle ranching. Farmers may also burn recently deforested lands in order to quickly eliminate excess vegetation.

This human-caused deforestation-to-fires pattern is what we’ve primarily seen in the Brazilian Amazon using our fire tracker app combined with Planet satellite imagery. Our multi-country Monitoring of the Andean Amazon Project team can pinpoint major fires in real time, gather its coordinates, and look at a timelapse of the area over several months. With this method, we can discover exactly when the area was deforested and when people set the fires.

This methodology also works the other way around, where our researchers can predict where major fires will occur based on an area’s deforestation patterns. Last year, when we first relaunched our fires app, our team was able to successfully predict where the first major fire in the Amazon was going to be. 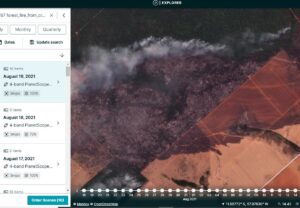 With slash-and-burn agriculture, it is a perpetual concern that fires set on deforested lands will grow uncontainable and escape to the healthy forest around it. This fire season, we’ve already seen some agricultural fires in Brazil overwhelm the surrounding forest, causing actual forest fires. Though the Brazilian government has instituted a fire ban to try to mitigate the damage done to untouched forest, we have identified hundreds of illegal fires that have burned forests.

These types of fires can be especially severe because they crawl along the forest floor eating up debris and ground cover, and are obscured by the tree canopy. When undetected and unaddressed, these blazes can destroy the thin-barked tree species in the Amazon, as these trees aren’t adapted to handle fires the same way some in the U.S. have evolved to do.

What’s to Be Done? 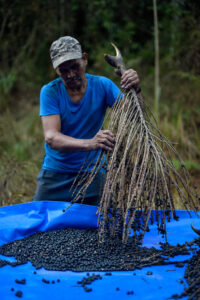 Our MAAP team is tracking the Amazon fires daily with our app and satellite imagery to keep everyone informed on what’s happening on the ground. Not only do we make this information available to the public, but we also provide policy briefs to governments of Amazonian countries so they can take action to combat fires. Additionally, we provide fire management workshops in key communities in the Bolivian Amazon to train local people on how to prevent and combat forest fires, as well as provide them with the equipment to do so.

Because clearing forests for agricultural purposes or timber is a major driver of fires, a core aspect of our work is building a fire-free, forest-based economy that promotes protecting standing forests for their long-term economic benefits instead of aggressively clearing them for short-term gains. We partner with local communities in Peru and Bolivia to harvest sustainable forest products, such as açaí berries and Brazil nuts, that require healthy forests for them to grow.

Interested in supporting fire prevention and response efforts in the Amazon?

Click here to see how you can make a difference.