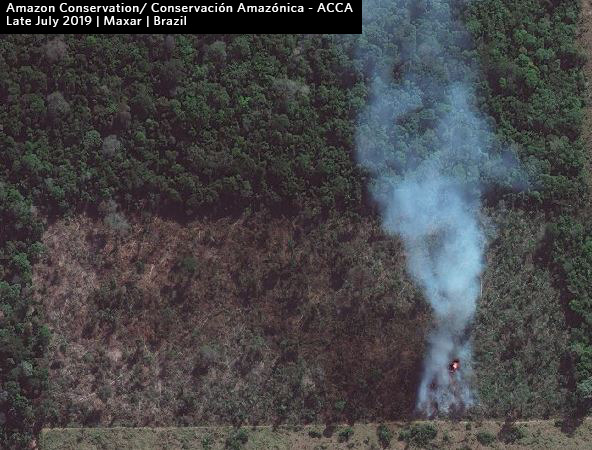 Fires now burning in the Amazon, particularly Brazil and Bolivia, have become headline news and a viral topic on social media.

Yet little information exists on the impact on the Amazon rainforest itself, as many of the detected fires originate in or near agricultural lands.

Here, we advance the discussion on the impact of the fires by presenting the first Base Map of current “fire hotspots” across three countries (Bolivia, Brazil, and Peru). We also present a striking series of satellite images that show what the fires look like in each hotspot and how they are impacting Amazonian forests. Our focus is on the most recent fires in August 2019.

Given the nature of the fires in Bolivia and Brazil, estimates of total burned forest area are still difficult to determine. We will continue monitoring and reporting on the situation over the coming days.

The Base Map shows “fire hotspots” for the Amazonian regions of Bolivia, Brazil, and Peru in August 2019. The data comes from a NASA satellite that detects fires at 375 meter resolution. The letters (A-G) correlate to the satellite image zooms below. 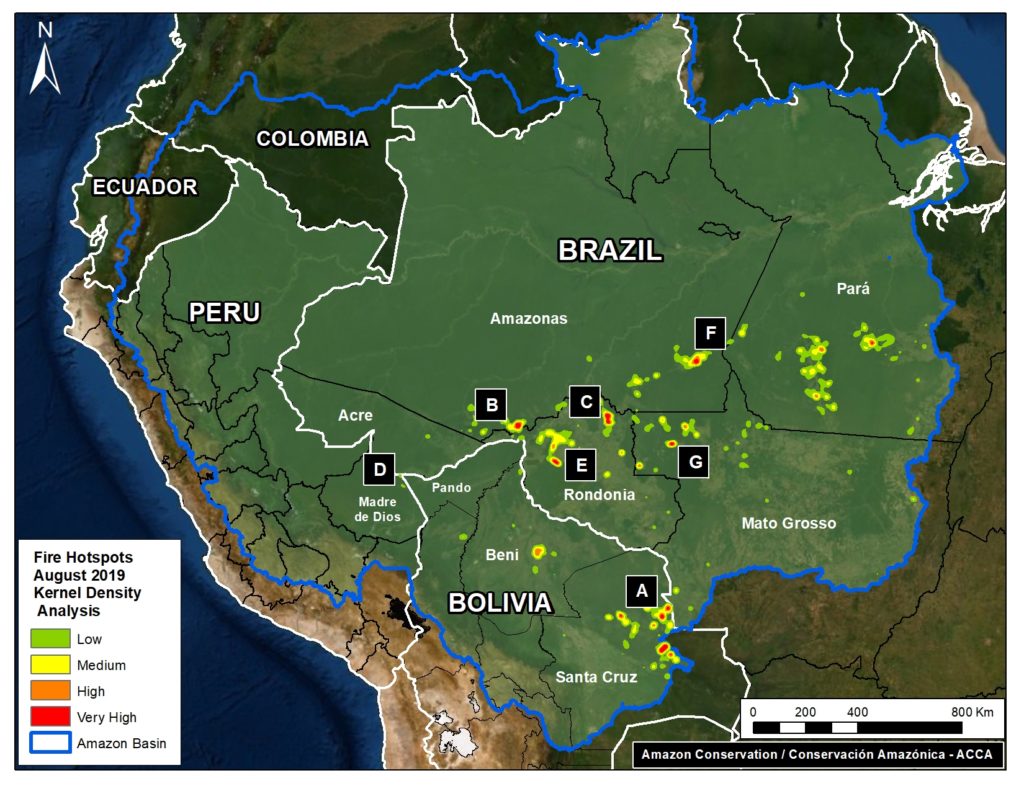 Base Map. Fire Hotspots in the Amazon during August 2019. Data- VIIRS:NASA.

Fires are concentrated in the dry Chiquitano of southern Bolivia. It is part of the largest tropical dry forest in the world. The fires coincide with areas that have been part of cattle ranching expansion in recent decades (References 1 and 2), suggesting that poor burning practices could be the cause of the fires. Ranching using sown pastures has previously been referred to as a direct cause of forest loss in Bolivia (References 2 and 3). The Bolivian National Service of Meteorology and Hydrology (SENAMHI) issued high wind alerts in July and August for southern Bolivia, which could have led to the expansion of poorly managed fires. Also, August is usually the driest month of the year in this region. These conditions could explain the origin (poor fire practice) and expansion (little rain and strong winds) of the current fires. 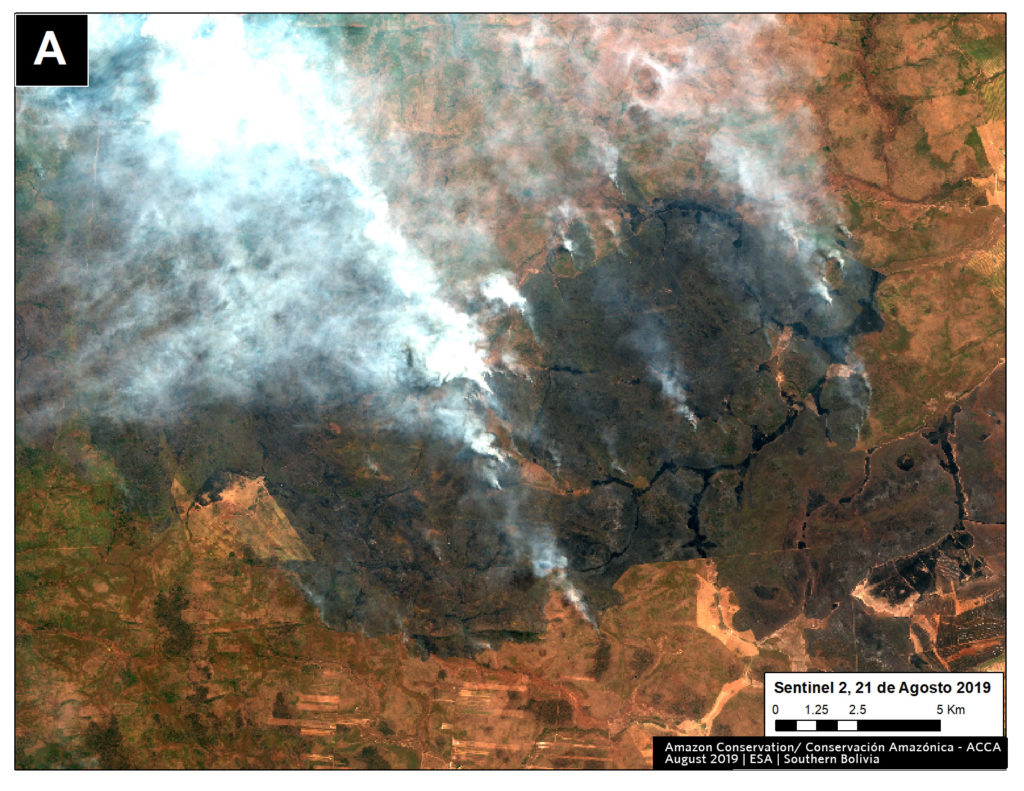 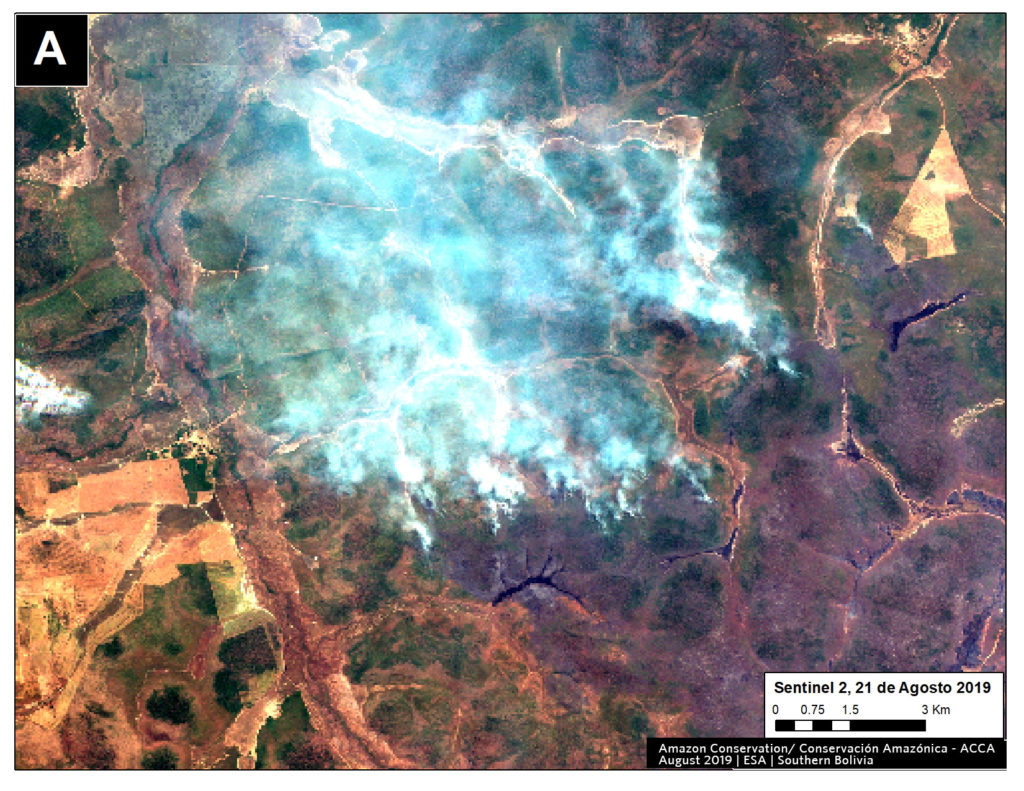 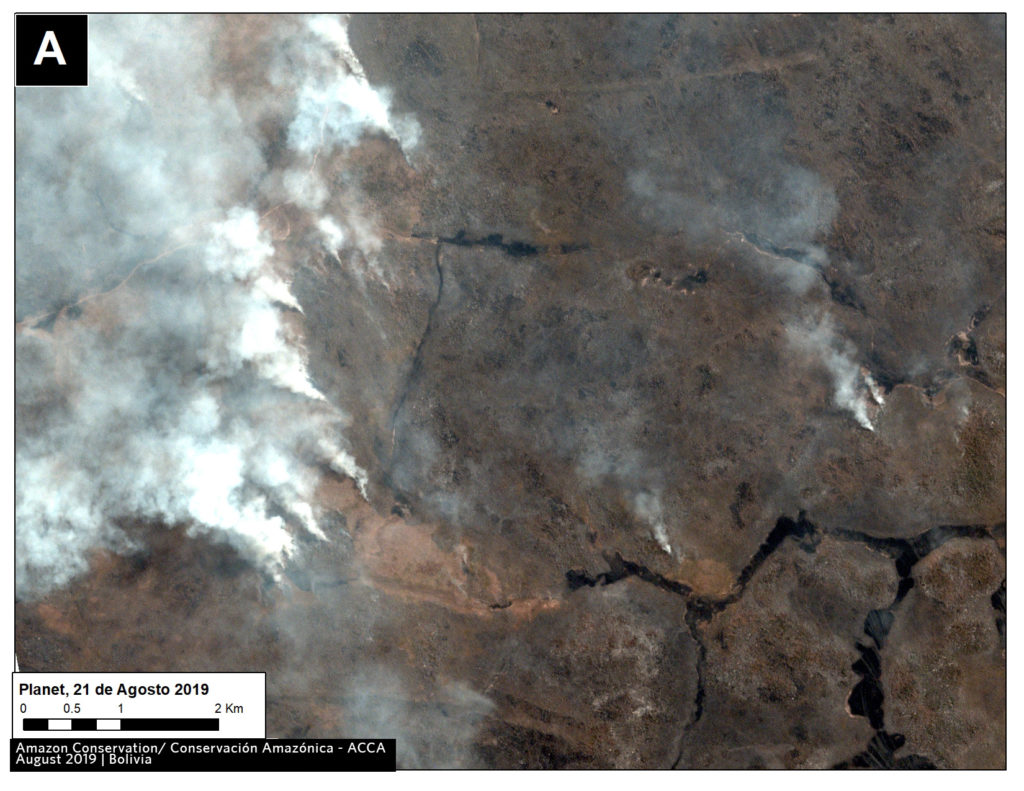 The major fires in western Brazil seem to be at the agriculture-forest boundary. Note that Zoom B shows fire in a protected area in Amazonas state; Zoom C seems to show fire escaping (or deliberately set) in the primary forests in Rondonia state; and Zooms F and G seems to show fire expanding plantation into forest in Amazonas and Mato Grosso states, respectively. 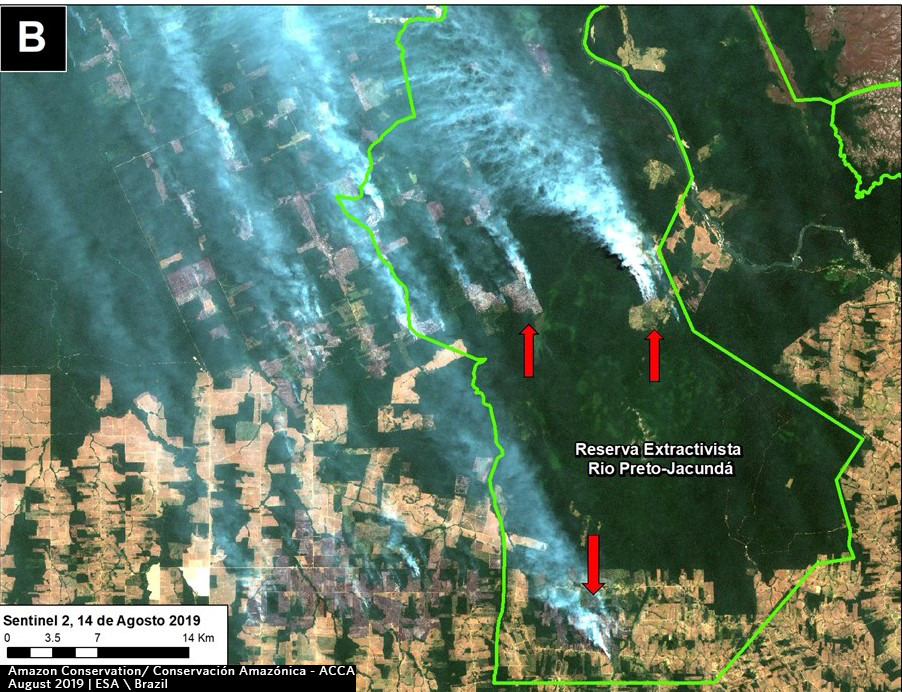 Zoom B. Fire in a protected area in Amazonas state. Data- ESA 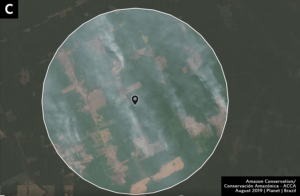 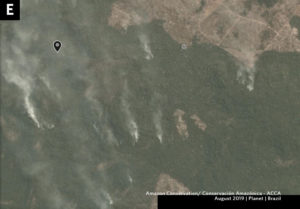 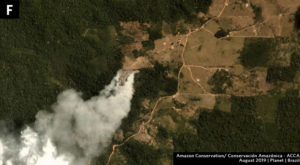 Zoom F. Fire that seems to be expanding plantation into forest in Amazonas state. Data- Planet. 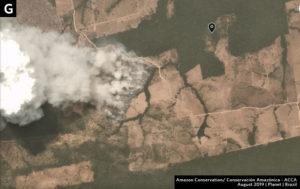 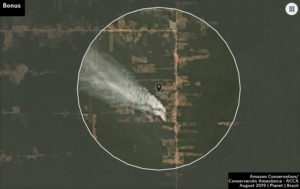 Fires burning forest near the town of Iberia, an area along the Interoceanic Highway that has become a deforestation hotspot in the region of Madre de Dios (see MAAP #28 and MAAP #47). 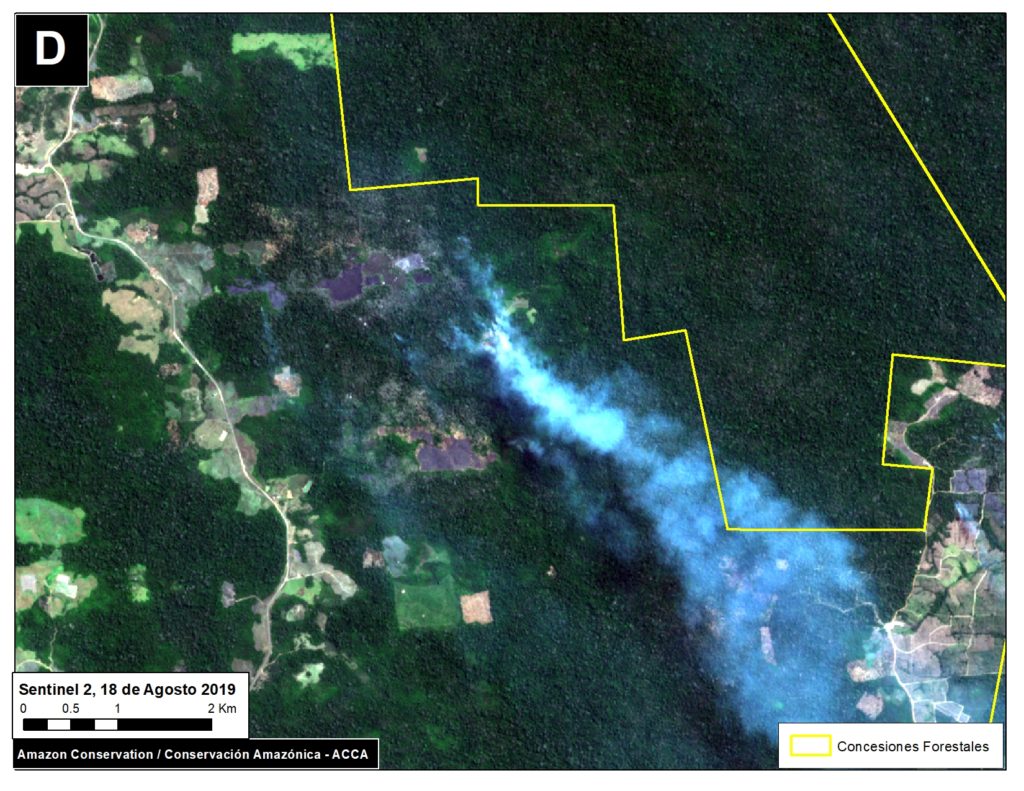 We have these to be some of the most informative additional references: