Our real-time satellite monitoring efforts recently discovered that deforestation across the nine countries of the Amazon reached an all-time high in 2020. Over 5.6 million acres of irreplaceable forests were lost, an increase of 17% over 2019. The effects of this rampant deforestation are many: loss of habitat and potential extinction of wildlife species, increased incursions into indigenous territories, more human contact with species that can transmit zoonotic diseases, and exacerbation of the effects of climate change.

To step up our fight against deforestation, we are joining forces with SAS, the world’s leading data analytics software developers. Through SAS’ global 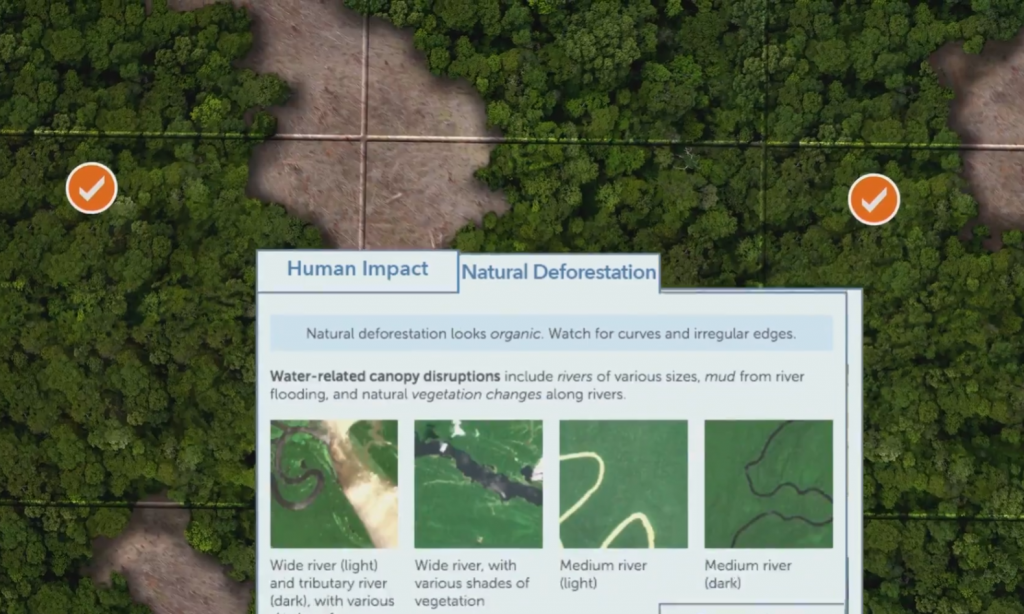 social innovation project, the company has been using crowd-driven artificial intelligence to help track, and ultimately stop, deforestation in the Amazon Rainforest since last year. So far over 845,000 square kilometers (around 280 million acres) of the rainforest have been analyzed by the general public to date, providing essential data for machine learning.

Now, we will tap the power of the crowd and AI to help automate the process of determining whether deforestation is natural or human-made. This matters because the quicker the cause, source, and legality of the deforestation can be assessed and delivered to local authorities, the faster they are able to take action on the ground to stop permanent damage to the forests. Our MAAP team is working closely with SAS to prioritize this automation in key protected areas and indigenous territories across the Amazon that are highly-threatened, enabling local communities, police, and prosecutors to have hard evidence of deforestation in real-time.

Our Executive Director John Beavers highlighted the importance of this public-private partnership: “This crowdsourcing effort not only helps us put a much needed tool in the hands of local people who can stop deforestation, it provides an opportunity for people to learn about what’s happening on the ground and take action.”

Read more on our partnership with SAS in their latest Earth Day press release.