Learn about how bioeconomy can provide climate resilience, economic development, and ensure the survival of the Amazon’s biodiversity.

Register here or contact us at info@amazonconservation.org for complimentary tickets.

What:
As renowned scientists Tom Lovejoy and Carlos Nobre have put it, “The tipping point is here, it is now. A modern vision of the Amazon must include truly innovative elements to create profitable bioeconomies that would immediately eliminate illogical and short-sighted economies.”

Join Amazon Conservation for an open and meaningful dialogue on what it takes to build a profitable bioeconomy that keeps the Amazon standing for generations to come. Hear from local community members, Indigenous Peoples, and experts about the building blocks of sustainable forest-based businesses, how local efforts can be scaled up, and what local people are doing to build climate resilience and adaptation into their livelihoods. See more information on GLF’s website. 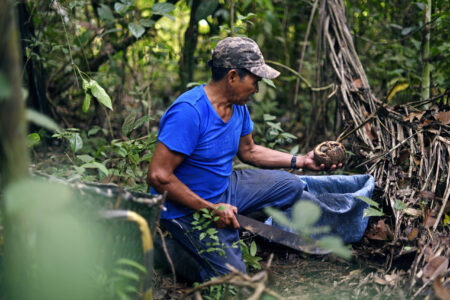 Building a Forest-Based Economy in the Amazon Panel 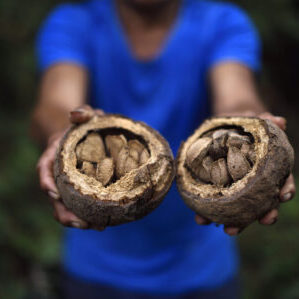 How can local people build their capacity to sustainably produce from the forest and create market connections that optimize production and increase incomes from forest-friendly commodities? 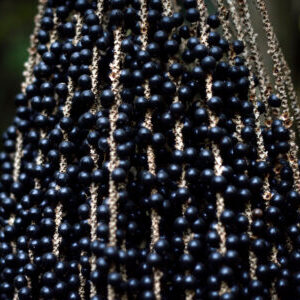 How do we scale locally-based production so that it covers the entire Amazon by strengthening local producer associations and indigenous federations? 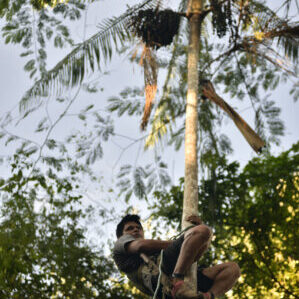 What are some of the ways in which communities are building resilience and adaptation into their forest management and production?

Speakers (in order of Appearance)

Thomas E. Lovejoy, "the Godfather of Biodiversity", is President of the Amazon Biodiversity Center, a Senior Fellow at the United Nations Foundation and university professor in the Environmental Science and Policy department at George Mason University. Starting in the 1970’s he helped bring attention to the issue of tropical deforestation and in 1980 published the first estimate of global extinction rates (in the Global 2000 Report to the President). He conceived the idea for the long term study on forest fragmentation in the Amazon (started in 1978) which is the largest experiment in landscape ecology, the Minimum Critical Size of Ecosystems project (also known as the Biological Dynamics of Forest Fragments Project). He also coined the term “Biological diversity”, originated the concept of debt-for-nature swaps and has worked on the interaction between climate change and biodiversity for more than 30 years. He is the founder of the public television series “Nature”. In the past, he served as the Senior Advisor to the President of the United Nations Foundation, as the Chief Biodiversity Advisor to the World Bank as well as Lead Specialist for the Environment for the Latin American region, as the Assistant Secretary for Environmental and External Affairs for the Smithsonian Institution, and as Executive Vice President of World Wildlife Fund-US. In 2002, he was awarded the Tyler Prize, and in 2009 he was the winner of BBVA Foundation Frontiers of Knowledge Award in the Ecology and Conservation Biology Category. In 2012 he received the Blue Planet Prize. He has served on advisory councils in the Reagan, George H.W. Bush, and Clinton administrations. In 2009 he was appointed Conservation Fellow by the National Geographic Society. He chaired the Scientific and Technical Panel for the Global Environment Facility which provides funding related to the international environmental conventions from 2009-2013 and serves as Advisor to the current Chair. He received his B.S. and Ph.D. (Biology) from Yale University. Professors Thomas Lovejoy, senior fellow of the United Nations Foundation, and Carlos Nobre, climate scientist from the Institute of Higher Studies of the University of São Paulo, were the first to coin the "tipping point"-- that the loss of just 20 to 25 percent of the rainforest could send the Amazon to a point of no return, marking an unstoppable transition to a drier, savanna-like ecosystem.

Trained as a biologist with a Master’s in Tropical Biodiversity Management and Conservation and an MBA specializing in project management. Marcos has a range of experience in research topics relating to biodiversity, ecology, natural resource management, and managing conservation spaces, as well as writing, monitoring, project evaluation and management, interdisciplinary group management, and strategic planning. He has been a part of and led multi-disciplinary working groups that have participated in planning programs and projects, biodiversity research, and natural resource management, the product of this collaborative work resulting in the publication of various scientific articles in national and international magazines. Marcos is also a member of several research networks as well as national and international forest management networks. Much of his professional experience comes from work related to indigenous territories and protected areas in the Bolivian Amazon, where he has coordinated and led various programs and projects that generated information and tools to strengthen the management of these territories. Currently, Marcos is the Executive Director of ACEAA and, along with a solid multidisciplinary team, moves forward actions and strategies that promote the conservation of one of the most important macroregions in Bolivia: the Amazon.

Gressly Justiniano is not only the youngest mayor in Bolivian history at 26 years old and first female mayor, in the Pando Department in more than twenty years, but also mayor of a region home to the 78,726-acre Porvenir conservation area in one of the most biologically diverse and productive regions of the Amazon.

Sara is a Brazil nut concessionaire and entrepreneur from the Peruvian Amazon. More than thirty years ago, she founded Peruna, a company based in Madre de Dios, Peru that sells edibles made from locally harvested Brazil nuts. In 2020, Sara finally acquired certification to market her products internationally as sustainable.

As Country Director of NESsT Perú, Isabel is a master in innovation for business development and a specialist in innovation management with more than 12 years of experience in incubation, acceleration, and investment for businesses with triple impact (economic, social and environmental) in Latin America.

Misael serves as the President of Departamental Federation of Açaí and Amazonian Fruits of Pando (FEDAFAP), in Bolivia, a regional association representing rural families and farmers across the Pando Department who seek to not only use Amazonian Forest products for economic income, but also as a way for the sustainable development of the country, with respect for the environment. Through his leadership, Misael advocates for improved conditions around collecting, processing and marketing local forest products to ensure the sustainability of this environmental-friendly livelihood and way of life. Misael is also an Açaí producer in the Porvenir Integrated Management Natural Area (ANMI).

Martin Huaypuna is the President of the Indigenous Forest Association in Madre de Dios (AFIMAD) based in Puerto Maldonado, Peru. With Martin’s leadership, AFIMAD represents seven indigenous communities from the lower Madre de Dios river area who are dedicated to sustainable Brazil nut production. Through his work, Martin supports many of the region's indigenous communities in matters predominantly related to land titles and economic activities. One of Martin’s main areas of interest is the harvesting and trade of Brazil nuts from community land.

James helps to ensure that priority programmes are well designed and resourced to best achieve lasting results. He has a diverse background in protected areas, community-based conservation, and climate change adaptation. James has worked with protected area issues for conservation agencies in countries in Europe, Asia, Africa, the Pacific and in Australia. He has particular expertise in participatory planning tools and sustainable financing for conservation and is a passionate advocate for island issues. James, a UK and Australian national, has assisted the Republic of Marshall Islands at United Nations climate change convention events.

Maria is the first female President of Ese Eja Infierno, an indigenous community 18 miles from Puerto Maldonado in the Peruvian Amazon. Since becoming President in January 2020, she has had to lead the community through the difficult impacts of COVID-19.

As the Director of SEDEPRO (Productive Development Office), Adivaldo leads this Office’s work in overseeing regional forestry, agricultural, and agroforestry activities and research in the Pando Department located in the Bolivian Amazon. Adivaldo is an agricultural Engineer by profession; with experience in productive development and planning strategy. Currently Director of the Amazon Productive Development Service of Integral Technical Assistance (SEDEPRO in Spanish), part of the local Pando government, President of the Inter-institutional Platform for Articulation of Productive Complexes of Amazonian Fruits (PICFA).

Fabiola currently serves as Coordinator for the Coalition for Sustainable Production. She has served as Peru’s Minister of Agriculture and Minister of the Environment, as well as Executive Director of the Forest and Wildlife Service (SERFOR), under the Ministry of Agriculture and Irrigation. Prior to this, Fabiola was the Deputy Director of the Peru Forest Initiative, the U.S. Forest Service Cooperation Programme in Peru. A lawyer by profession, her experience spans international cooperation and interagency coordination, natural resource management policies, social development linking the private and public sectors, and environmental management.