Our camera traps were set up to monitor a nest of the secretive giant armadillo (Priodontes maximus). However, during a recent recording session, a less reclusive forest friend stole the spotlight: a rufous motmot (Barypththengus martii). This curious bird belongs to the Momotidae family, which comprises a group of colorful arboreal species. 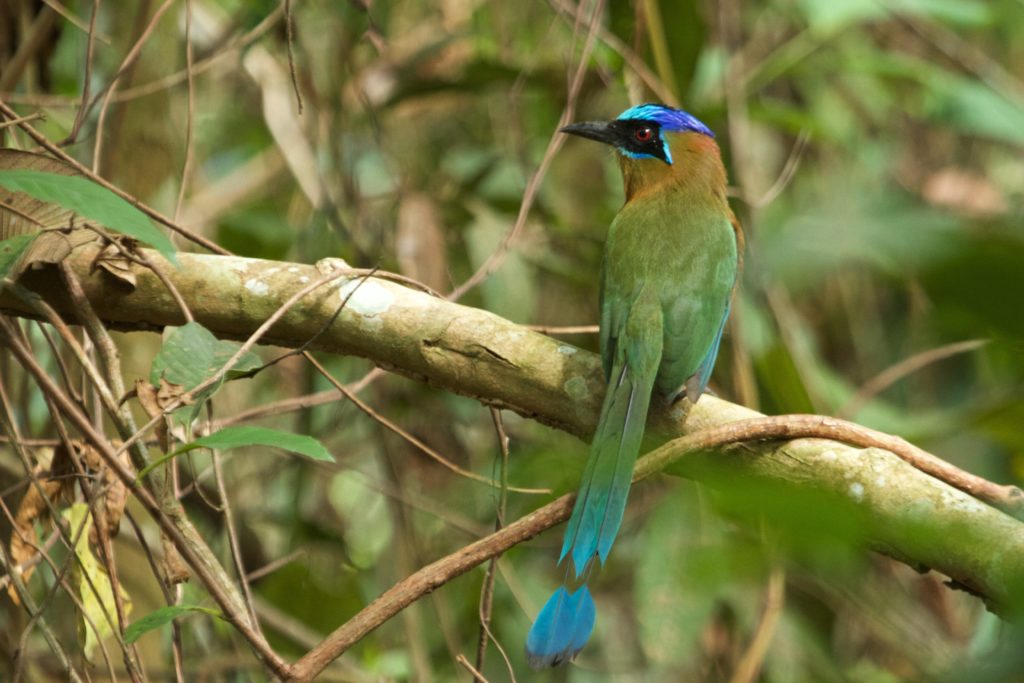 An Amazonian motmot (Momotus momota) showing off its racket-like tail. Photo: Will Sweet

Endemic to the tropics, among birds of the region, the motmots range in size from medium to medium-large. Despite their bright plumage—a combination of greens, blues and rufous (rust-like) colors—they are hard to spot. Most of the species have a long tail, and a few have two longer feathers that have racket-like tips. In contrast with many other bird families, motmots exhibit no sexual dimorphism: males and females look much alike, though on closer inspection males tend to be larger and have longer tails.

Spotting a motmot can be challenging because they sit still for long periods. They can be observed when they sally out to catch their prey, or through the sideways movement of their tails. It has been hypothesized that the turquoise-browed motmot (Eumomota superciliosa) uses this latter movement to signify to a predator that it has awareness of its presence. Thus advised, the predator might desist from an attack, preventing an unnecessary waste of energy on both sides.

Motmots can be found in a variety of forest types, from lowland tropical forest to template forests. Some species can even adapt to man-made habitats such as plantation and gardens. Motmots take their prey from leaves, twigs or branches of trees or other vegetation, and can be seen on the ground too. Smaller species feed on insects while larger ones additionally feed on other invertebrates, small vertebrates and fruits. The larger species like the Amazonian motmot (Momotus momota) and the rufous motmot have been reported to feed on bats and on poison dart frogs, respectively, in the latter case with no apparent harm to themselves. 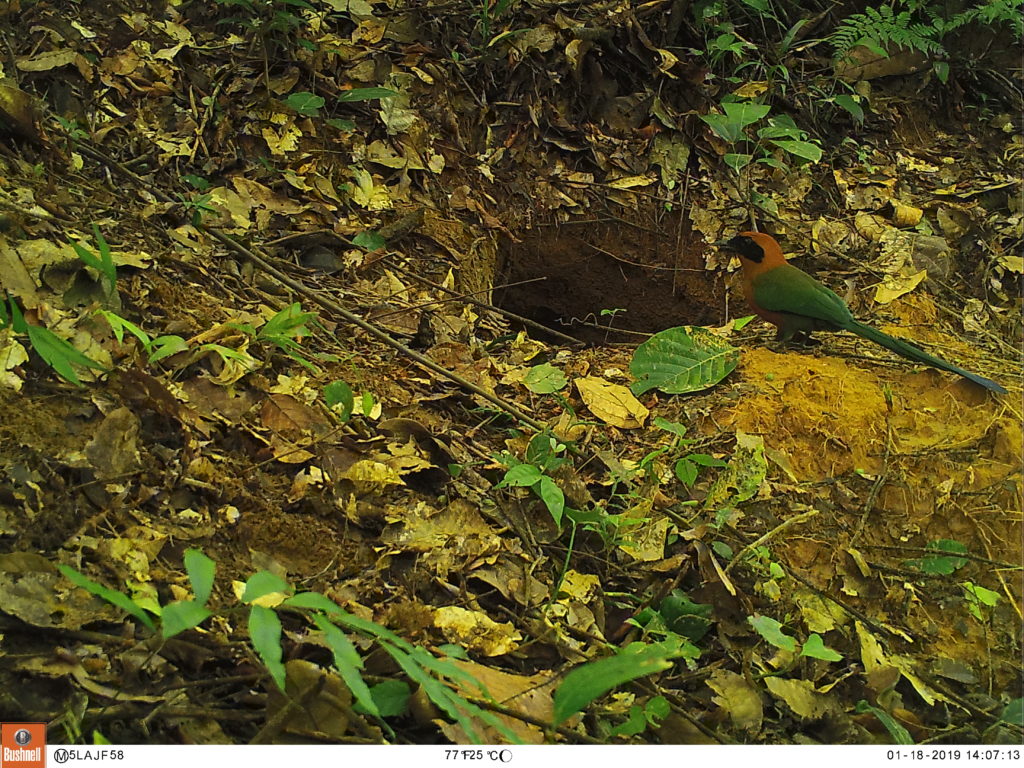 Most of the Momotidae have similar breeding behaviors. An exception is the tody motmot (Hylomanes momotula), which is also morphologically atypical and the most primitive species of the family. These ground-nesting birds use their feet to loosen the soil to later dig their nesting burrows. Both mates share this work and the chick rearing. Motmots are solitary nesters, but when limited suitable space is available, they may concentrate in groups. A new burrow is dug for each nesting season, often close to the previous burrow. As our camera trap and other studies have reported, the rufous motmots also use old burrows of armadillos and other mammals to nest.

Like many other Neotropical birds, the motmots are understudied, and there are much more to learn about them. Who knows which other surprises they may hold!