In previous articles, we documented the illegal gold mining invasion of Tambopata National Reserve (Madre de Dios region in the southern Peruvian Amazon) in November 2015 and the subsequent deforestation of 350 hectares as of July 2016. Here, we report that the mining deforestation in the Reserve now exceeds 450 hectares (1,110 acres) as of September 2016. Image 46a illustrates the extent of the invasion, with red indicating the most recent deforestation fronts. Insets A-D indicate the location of the high-resolution zooms below. 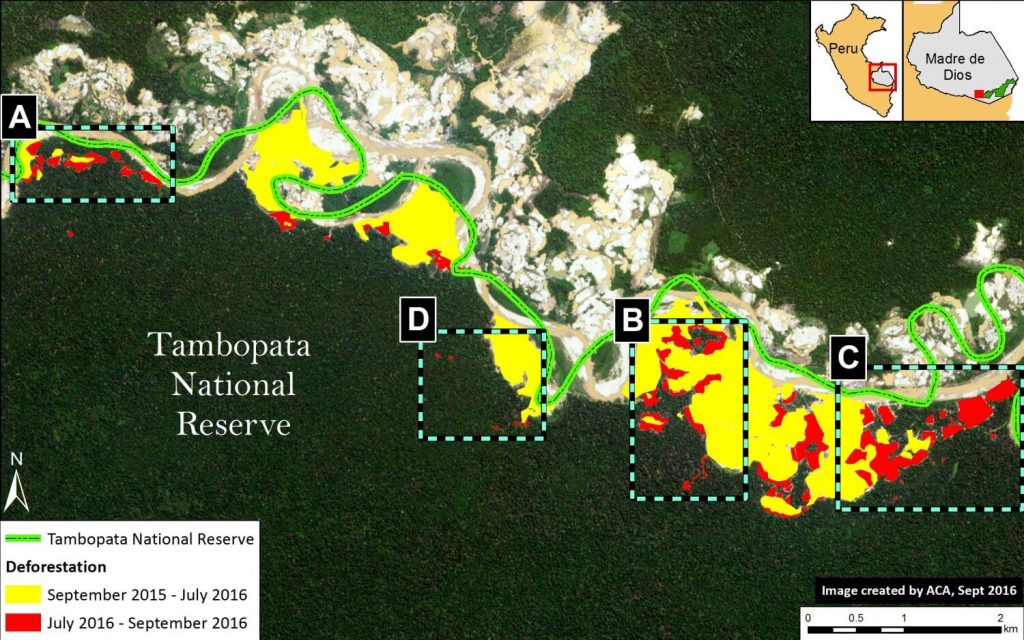 Images 46b-e show, in high-resolution, the recent deforestation within Tambopata National Reserve between July (left panel) and September (right panel) 2016. These areas correspond to Insets A-D. The red circles indicate the primary areas of new deforestation between these dates. Click on images to enlarge. 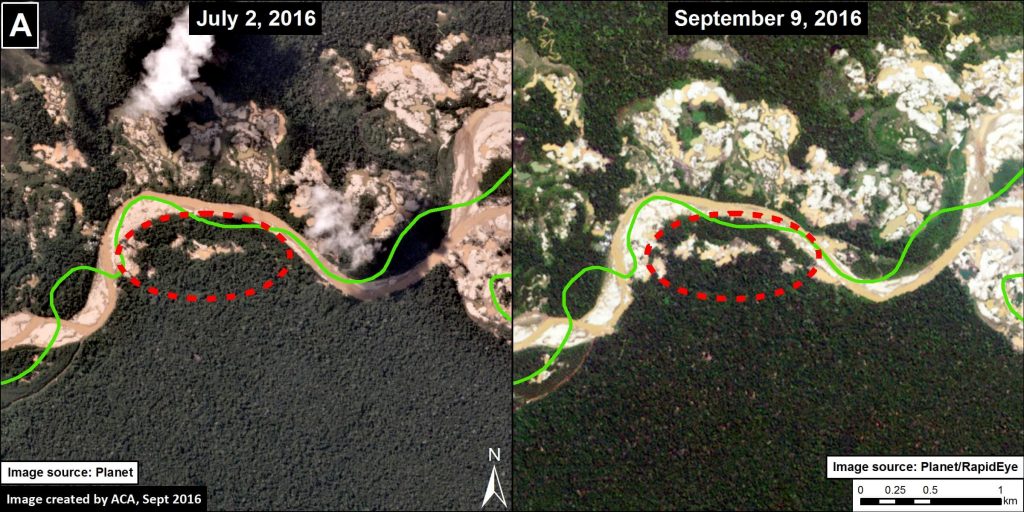 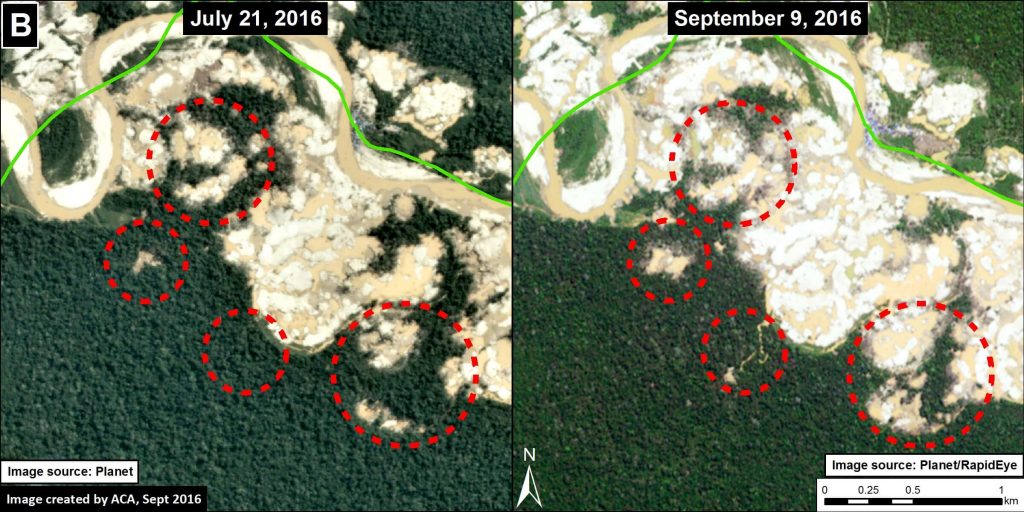 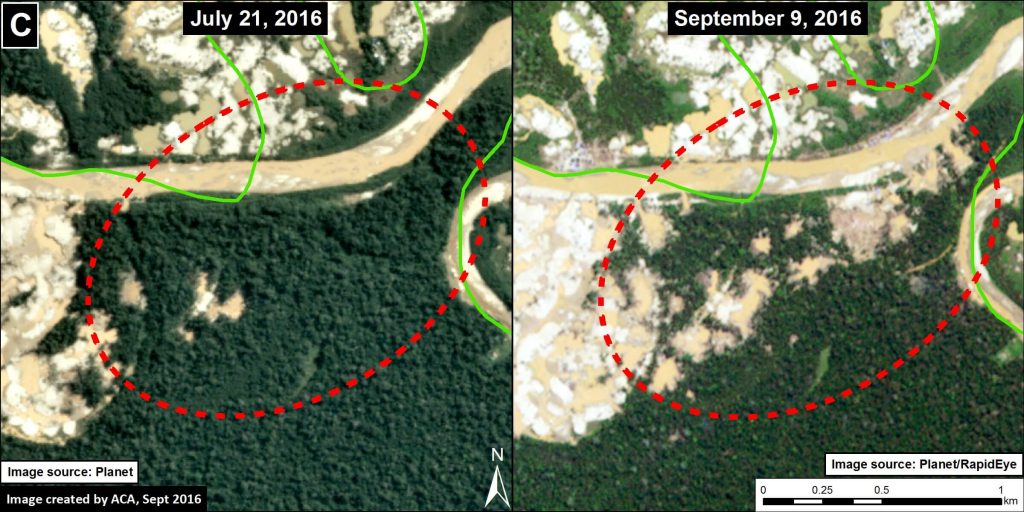 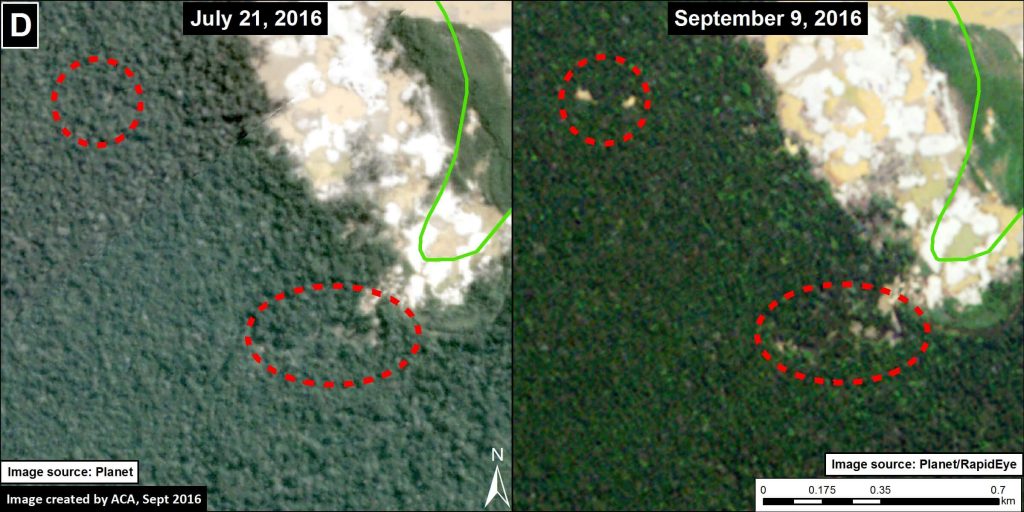