The Las Piedras River in the southern Peruvian Amazon (department of Madre de Dios) is increasingly recognized for its outstanding wildlife (for example, see this video by naturalist and explorer Paul Rosolie, and this trailer for the upcoming film Uncharted Amazon). As seen in Image 23a, its headwaters are born in the Alto Purus National Park, but the lower Las Piedras is surrounded by a mix of different types of forestry concessions (logging, Brazil nut harvesting, ecotourism, and reforestation).

Here in MAAP #23, we document the growing deforestation on the lower Las Piedras River in the area surrounding the community of Lucerna (see red box in Image 23a for context). 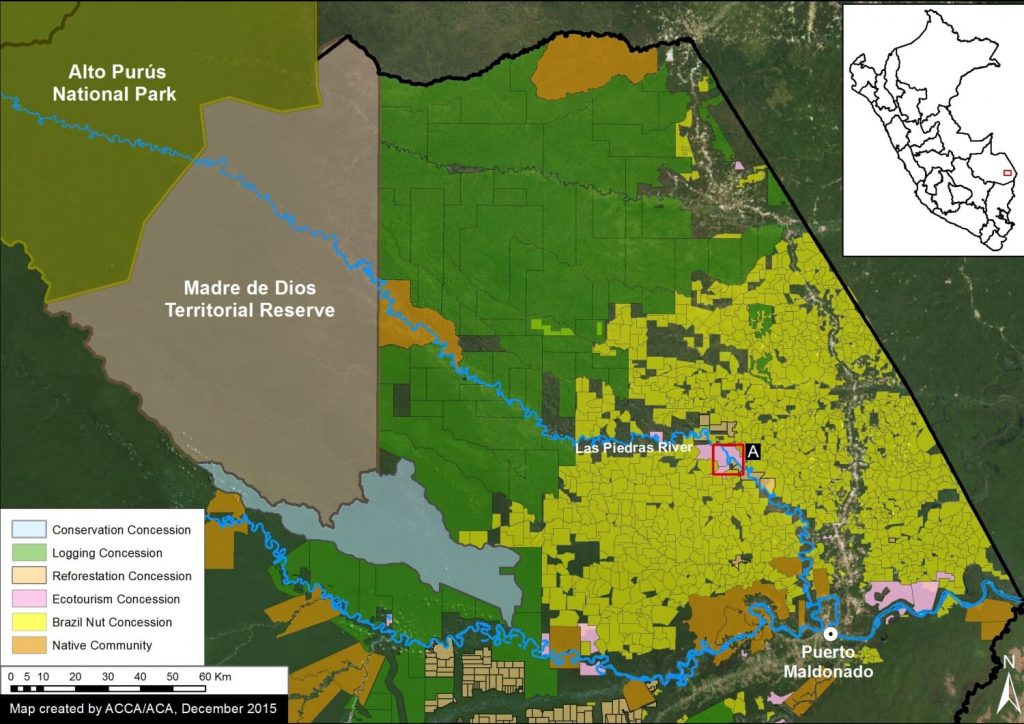 Note that the Las Piedras Amazon Center (LPAC) Ecotourism Concession represents an effective barrier to deforestation. However, note that two other, less active, ecotourism concessions are experiencing extensive deforestation. The 4,460 hectare LPAC concession (which was created in 2007 and transferred to ARCAmazon in March 2015) hosts an active tourist lodge, research center,  and Forest Ranger Protection Program, which employs local people to patrol the area while monitoring wildlife and human impacts. 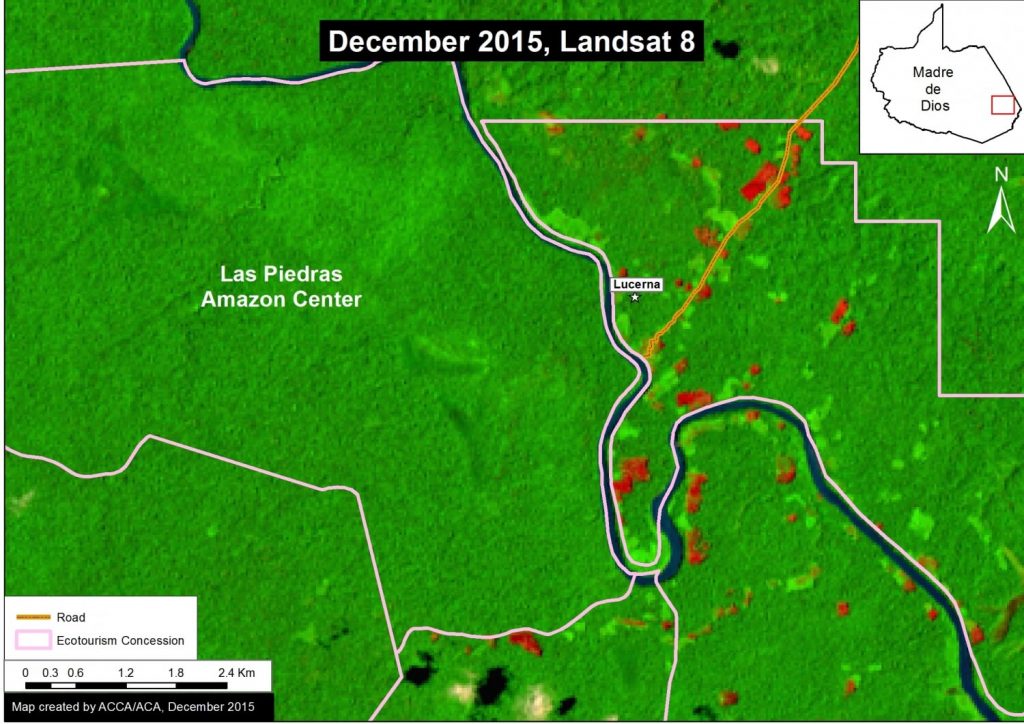 Image 23c shows a very recent (December 2015) Landsat image of the deforestation highlighted in Image 23b. The pinkish-red areas indicate the most recently cleared forests. We have received information indicating that much of this new deforestation is associated with cacao plantations. Cacao is of course used to produce chocolate.