In September 2016, Peru’s first satellite, PeruSAT-1, launched. It is Latin America’s most powerful Earth observation satellite, capturing images at a resolution of 0.70 meters. 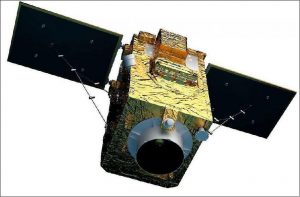 The cutting-edge satellite was constructed by Airbus (France) and is now operated by the Peruvian Space Agency, CONIDA.

The organization Amazon Conservation was granted early access to the imagery to boost efforts related to near real-time deforestation monitoring.

Below, we present a series of PeruSAT images that demonstrate their powerful utility in terms of detecting and understanding deforestation in the Peruvian Amazon.

We have reported extensively on the continuing gold mining deforestation in the southern Peruvian Amazon (see MAAP #87). We are now using PeruSAT to identify active and emerging mining deforestation fronts. For example, in the following images of an active mining zone, it is possible to clearly observe the environmental impact, and identify mining camps and wastewater pools. 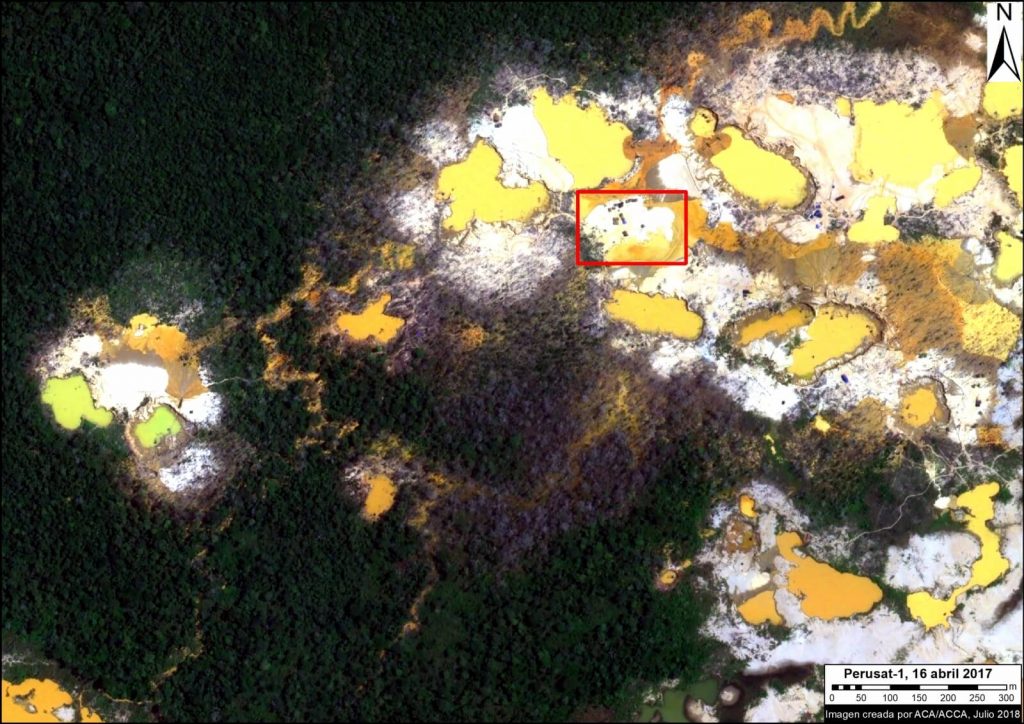 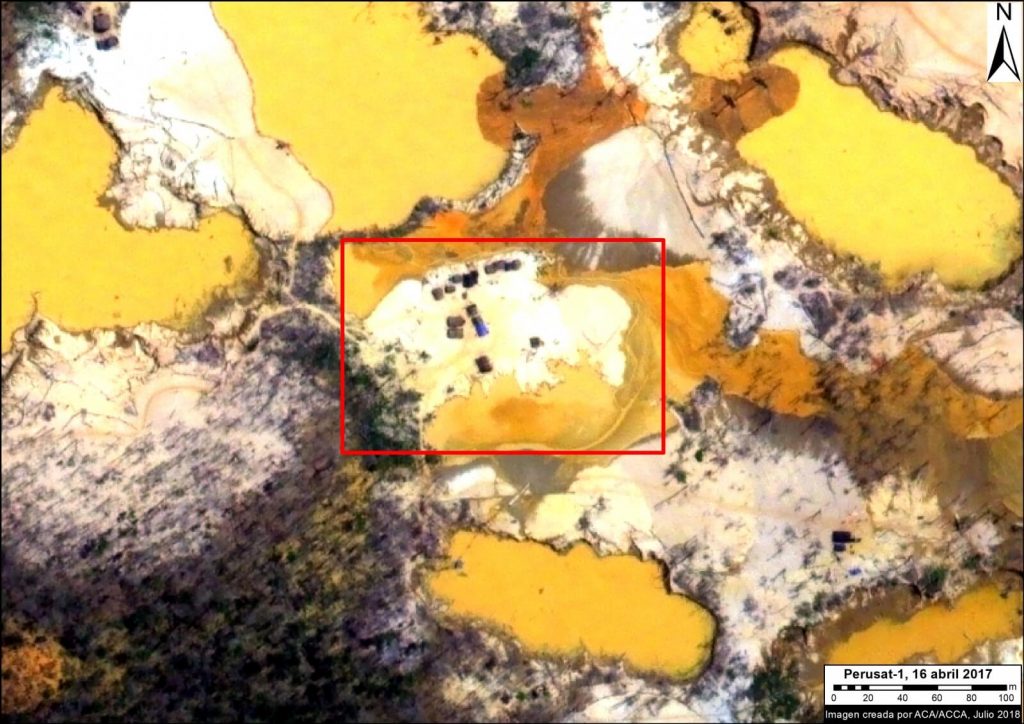 The following image shows a papaya plantation that appeared after a recent deforestation event near the Interoceanic highway in the southern Peruvian Amazon (Mavila, Madre de Dios). See MAAP #42 for more details on papaya emerging as new deforestation driver in this area. 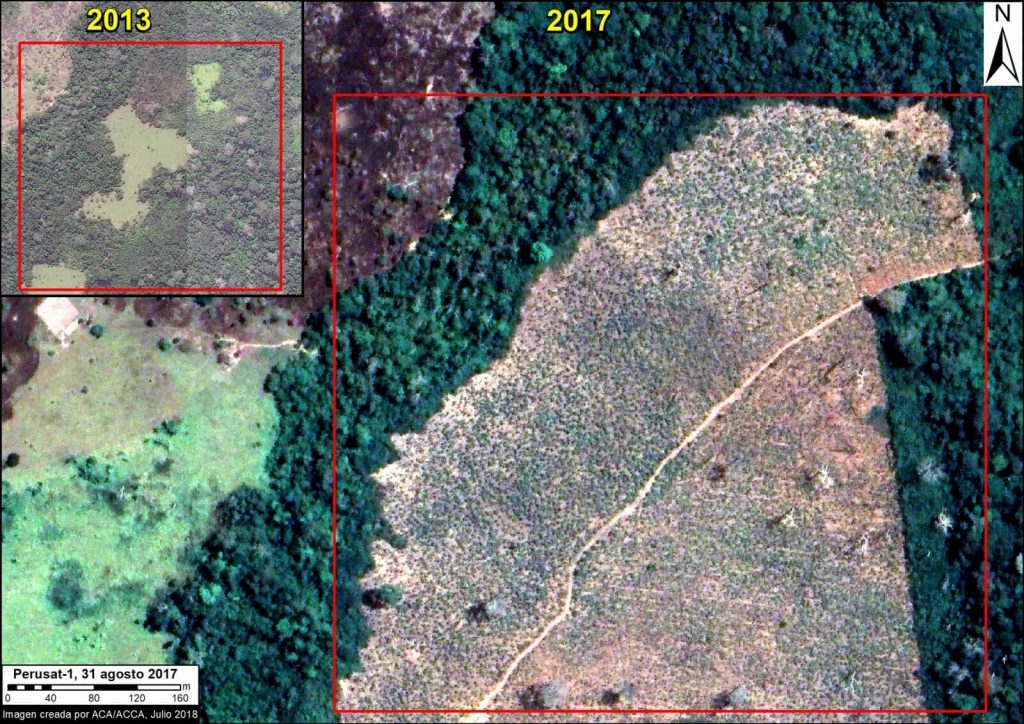 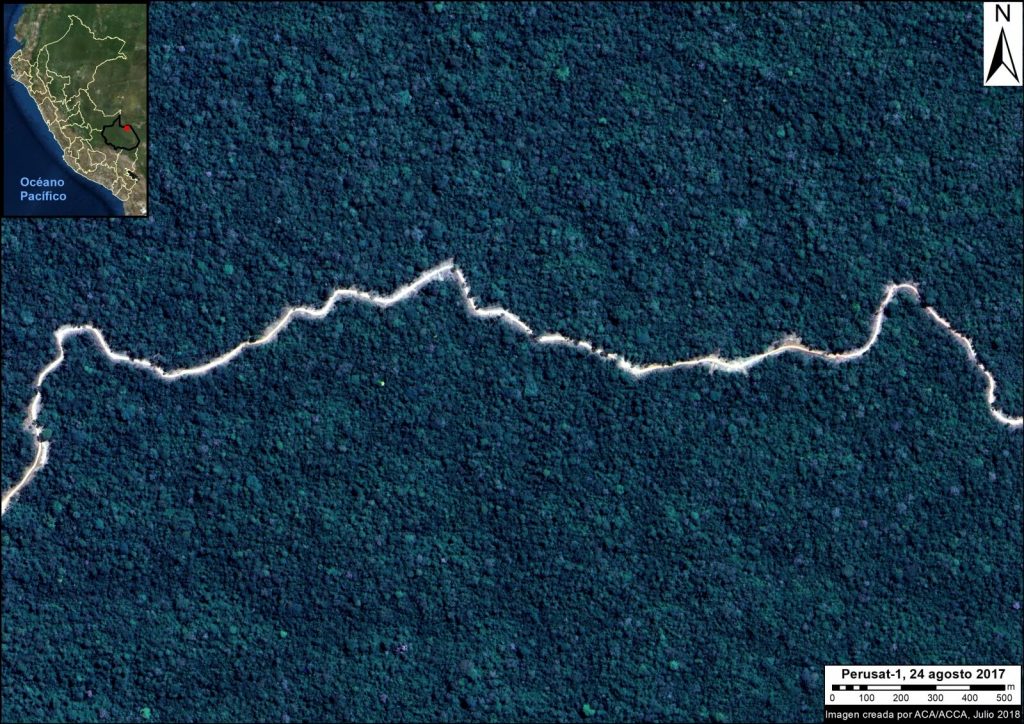