The russet-backed oropendola (Psarocolius angustifrons) is one of the most common and widespread of the oropendola passerine birds in the Amazon. They are mostly dull brown with rufescent rump and olive tone to head. This species has three subspecies: P. a. astrocastaneus, on the western Andean slope; P. a. alfredi in the eastern Andean subtropical forest; and P. a. angustifrons in Amazonia. These subspecies differ primarily in bill and face coloration and vocalizations. During the breeding season, they are seen arduously building their characteristic basket-like nest that hang from tree branches in riparian and second-growth habitats. These closed nests keep their eggs and chicks protected from predators. 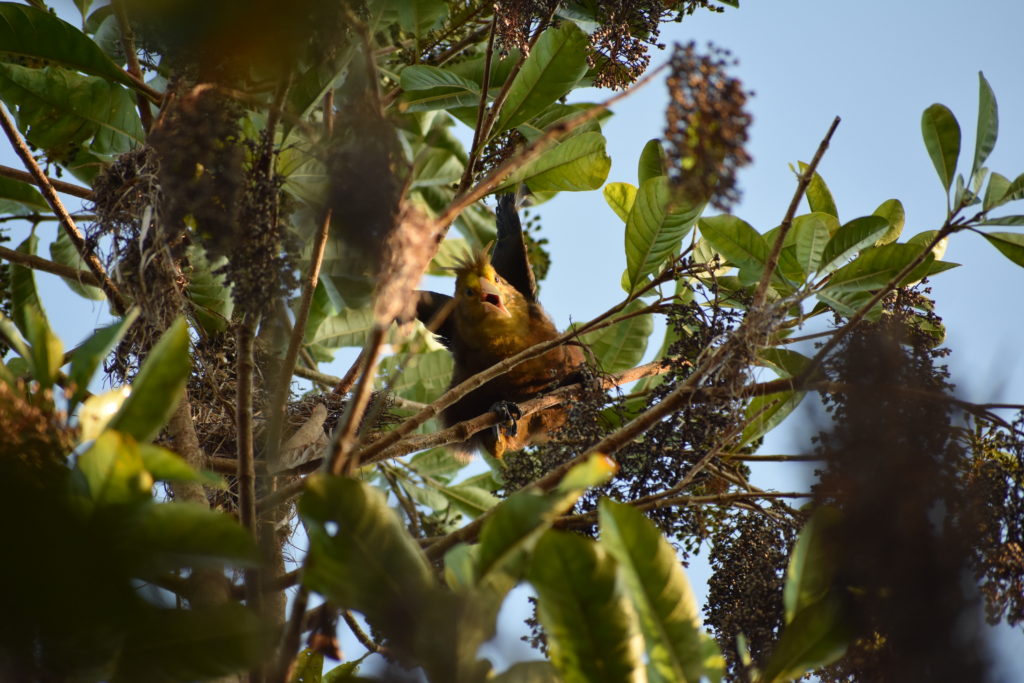 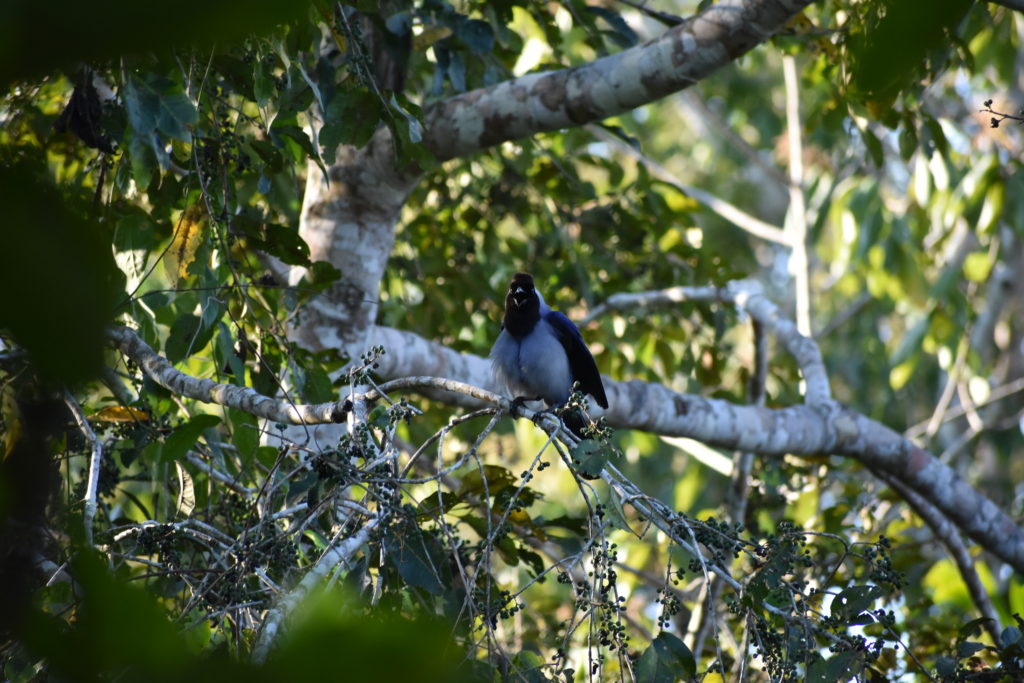 The violaceous jay (Cyanocorax violaceus) is a colorful and gregarious member of the crow family of northern South America. This jay species is predominantly dark violet-blue, with a black facial mask. The violaceous jay can be found in a variety of forest habitats, including degraded forest, but is especially common along riparian corridors and forest edges. They are omnivorous and can be seen eating fruits, insects and bird and reptile eggs.

A great contrast is easily noticed between the species: some think that the call of the russet-backed oropendola sounds like water drops, while that of the violaceous jay strikes some as similar to a car horn. The species also have similarities: they are conspicuous resident and widely distributed species in the Amazon. 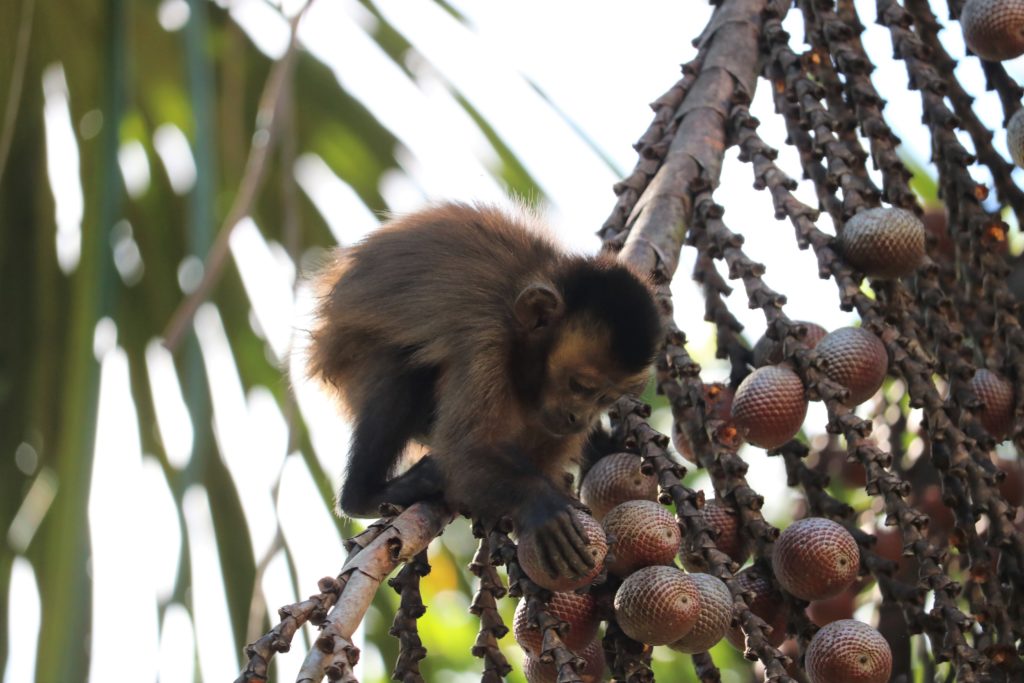 These species have something else in common: confrontations with brown capuchin monkeys! Brown capuchins (Cebus apella) feed mostly on fruits and invertebrates, but from time to time enjoy a meal of bird eggs and chicks. Quite often, a group of these monkeys can be seen climbing up the trees right outside the office at Los Amigos, where the oropendolas and jays are nesting close to each other. When the brown capuchins arrive, adults of both bird species first make their presence known with their characteristic calls. When the monkeys draw close to the nests, the oropendolas and jays cooperatively try to chase them away. These encounters conclude with either the monkeys leaving empty-handed or the birds suffering broken nests and lost eggs.

The striking cooperation between these bird species is short-lived. Jays will try to take eggs and chicks from other bird nests, including fiercely defended russet-backed oropendola nests.  For the oropendolas and violaceous jays, the expression “the enemy of my enemy is my friend” is applicable only when the common enemy is visible.