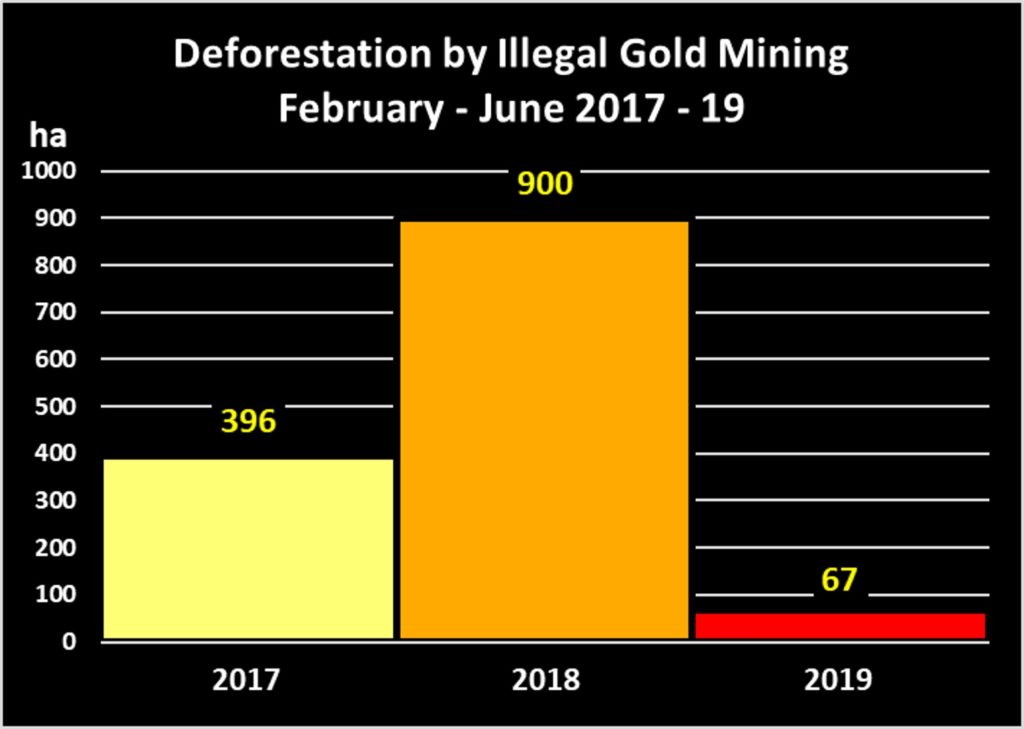 In February 2019, the Peruvian government launched Operation Mercury (Operación Mercurio), a major multi-sectoral crackdown on the illegal gold mining crisis in the area known as La Pampa,* located  in the southern Peruvian Amazon (Madre de Dios region). Note that this area is not within Tambopata National Reserve, but in its buffer zone.

In this report, we present the results of our analysis on the initial impacts of this Operation.

We found a major reduction in gold mining deforestation in La Pampa in 2019, compared to the same time period (February – June) of the previous two years (see Graph 1).

In fact, the gold mining deforestation decreased 92% between 2018 (900 hectares) and 2019 (67 hectares), representing the situation before and after the start of Operation Mercury.

The Base Map illustrates how the expansion of gold mining deforestation greatly dropped in 2019 compared to the two previous years, especially in the eastern front. The letters (A-C) correspond to the location of the Zooms, below.

The analysis also reveals, however, that the gold mining deforestation in La Pampa has not yet been completely eradicated and continues in numerous remote and isolated areas. 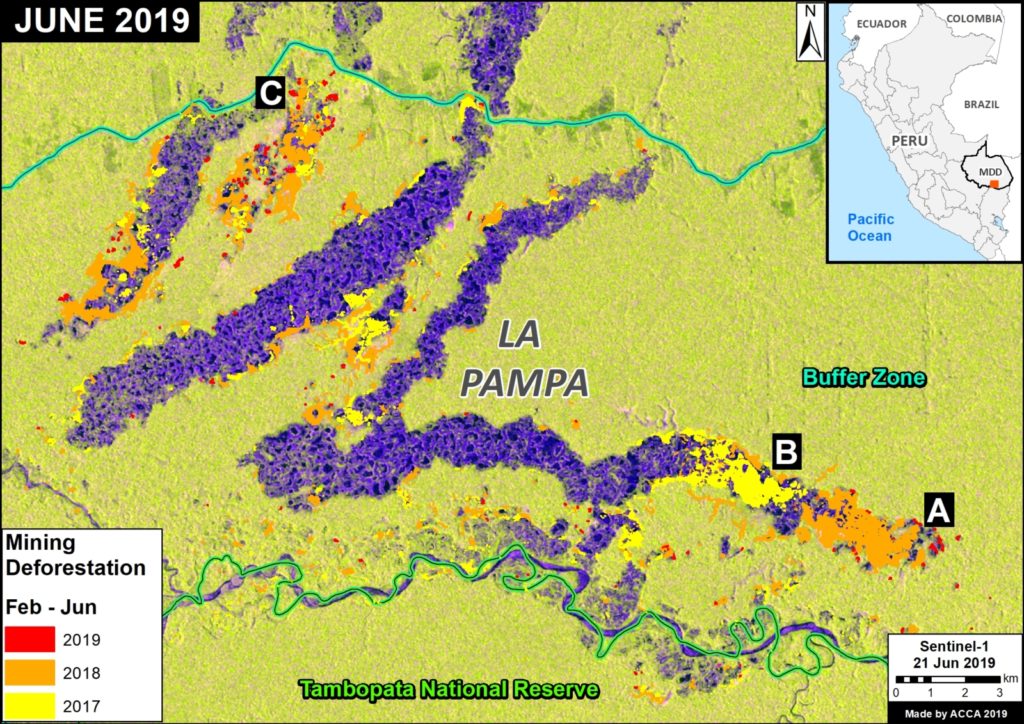 Zoom A1 shows the critical eastern front of the gold mining deforestion between February (left panel) and June (right panel) 2019, the first five months of Operation Mercury. While the rapid eastward expansion of the front has greatly decreased, the red circles indicate areas where we have detected isolated mining activity.

Zoom B shows the eradication of one of the biggest mining camps in La Pampa between 2018 (left panel) and 2019 (right panel).

The following Zooms show examples of the persistence of isolated illegal gold mining activity and infrastructure in La Pampa, with recent (June 2019) high resolution satellite and drone images. The letters (A2, C1, C2) correspoind to the Base Map, above. 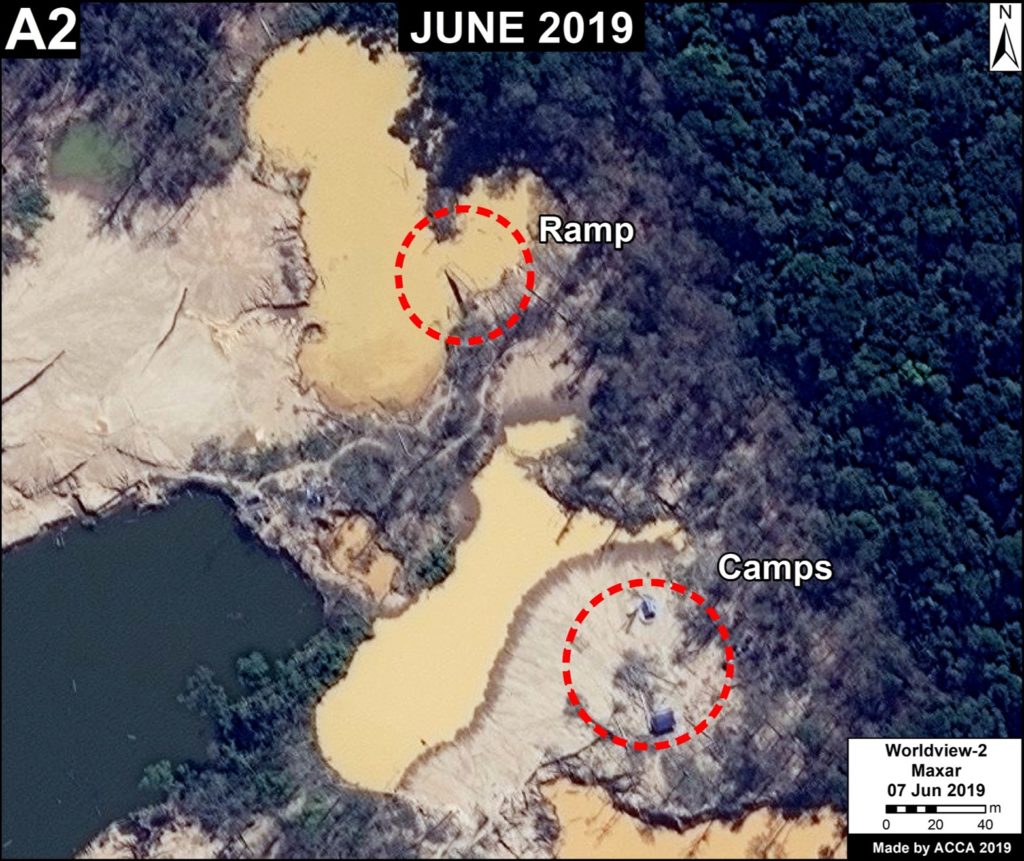 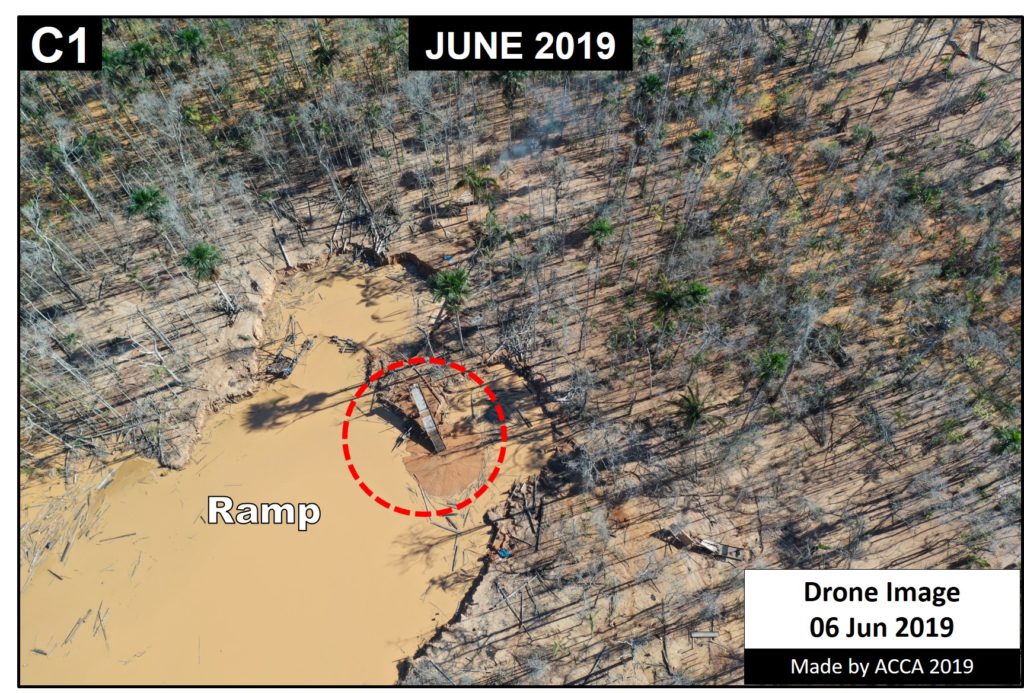 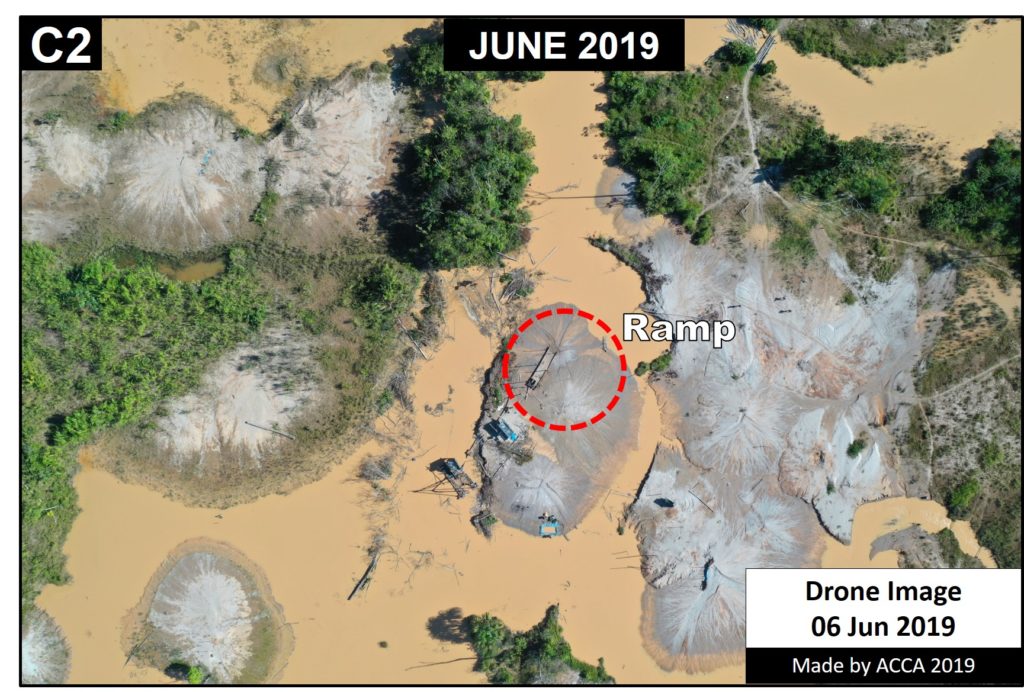 We present a new app, developed with Google Earth Engine, that allows an interactive visualization of the evolution of gold mining deforestation in La Pampa. The app allows the user to take advantage of Google’s powerful computers to compare (with a slider) different dates from a large archive of Sentinel-1 satellite images (see screenshot, below). Sentinel-1 is radar, so there are no clouds in the images. 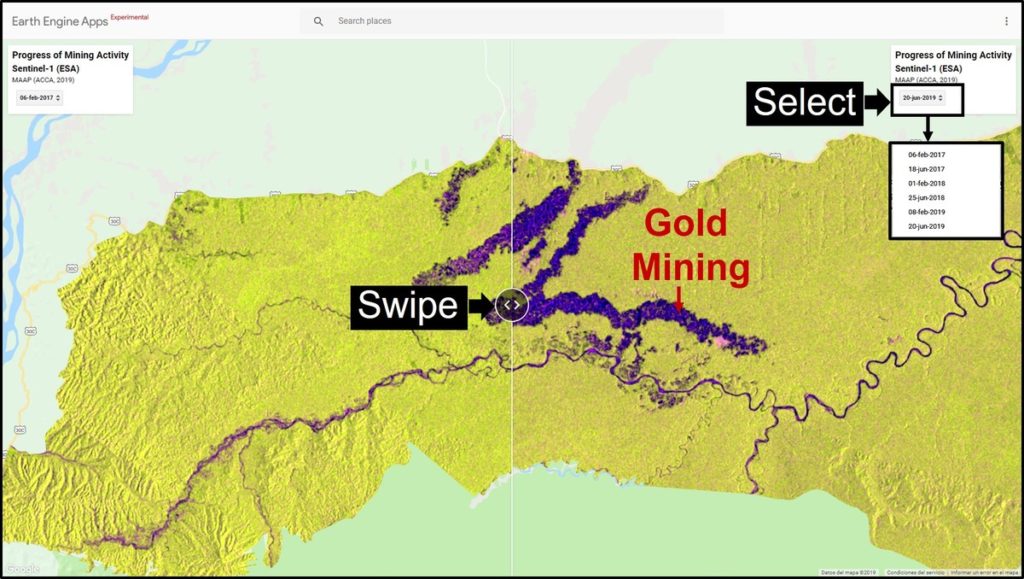 *La Pampa is the sector located in the buffer zone of Tambopata National Reserve, delimited by the northern boundary of the reserve, the Malinowski River and the Interoceanic Highway.