MAAP #134: Agriculture And Deforestation In The Peruvian Amazon 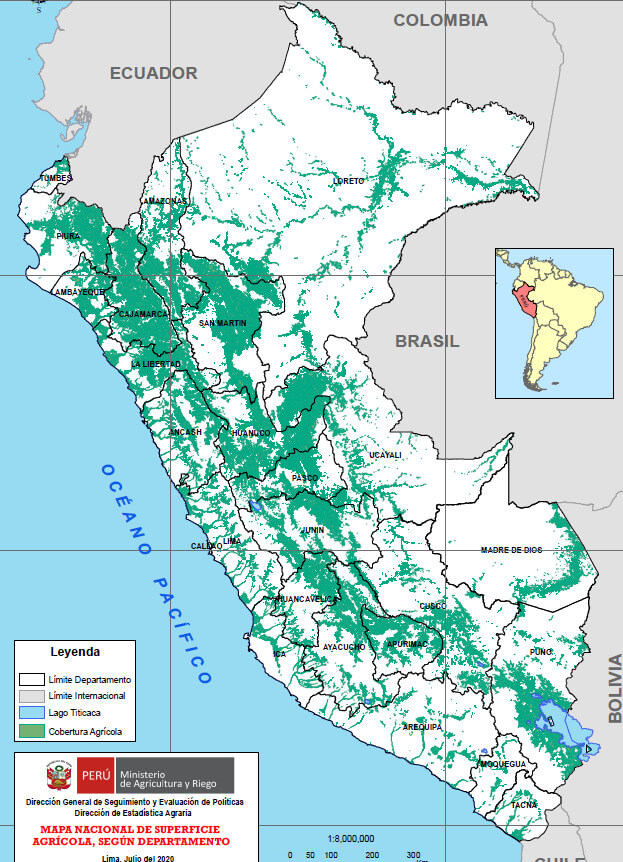 For the first time, Peru has a detailed National Agricultural Area Map.

This unique map, produced with high-resolution satellite imagery, was published by the Peruvian Ministry of Agrarian Development (MIDAGRI) in January.*

This map reveals that the agricultural area at the national level is 11.6 million hectares, as of 2018.

Here, we analyze this new information in relation to annual forest loss data, generated by the Peruvian Environment Ministry (Geobosques).

The goal is to better understand the critical link between agriculture and deforestation in the Peruvian Amazon.

Specifically, we analyze the agricultural area of 2018 in relation to the preceding forest loss between 2001 and 2017.

Below are two main sections:

First, we present our Base Map that illustrates the major results.

Second, we show a series of zoomed images of select areas to illustrate key results in detail. These areas include major deforestation events related to oil palm, cacao, and other crops. 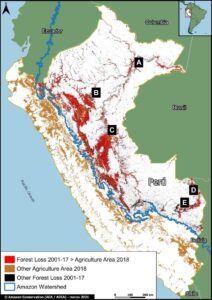 Image A shows the large-scale deforestation associated with the company United Cacao between 2013 and 2016, in the Loreto region  (MAAP # 128). The clearing, as the name indicates, was for the installation of Peru’s first and only industrial-style cacao plantation. In total, the deforestation for the plantation reached 2,380 hectares. 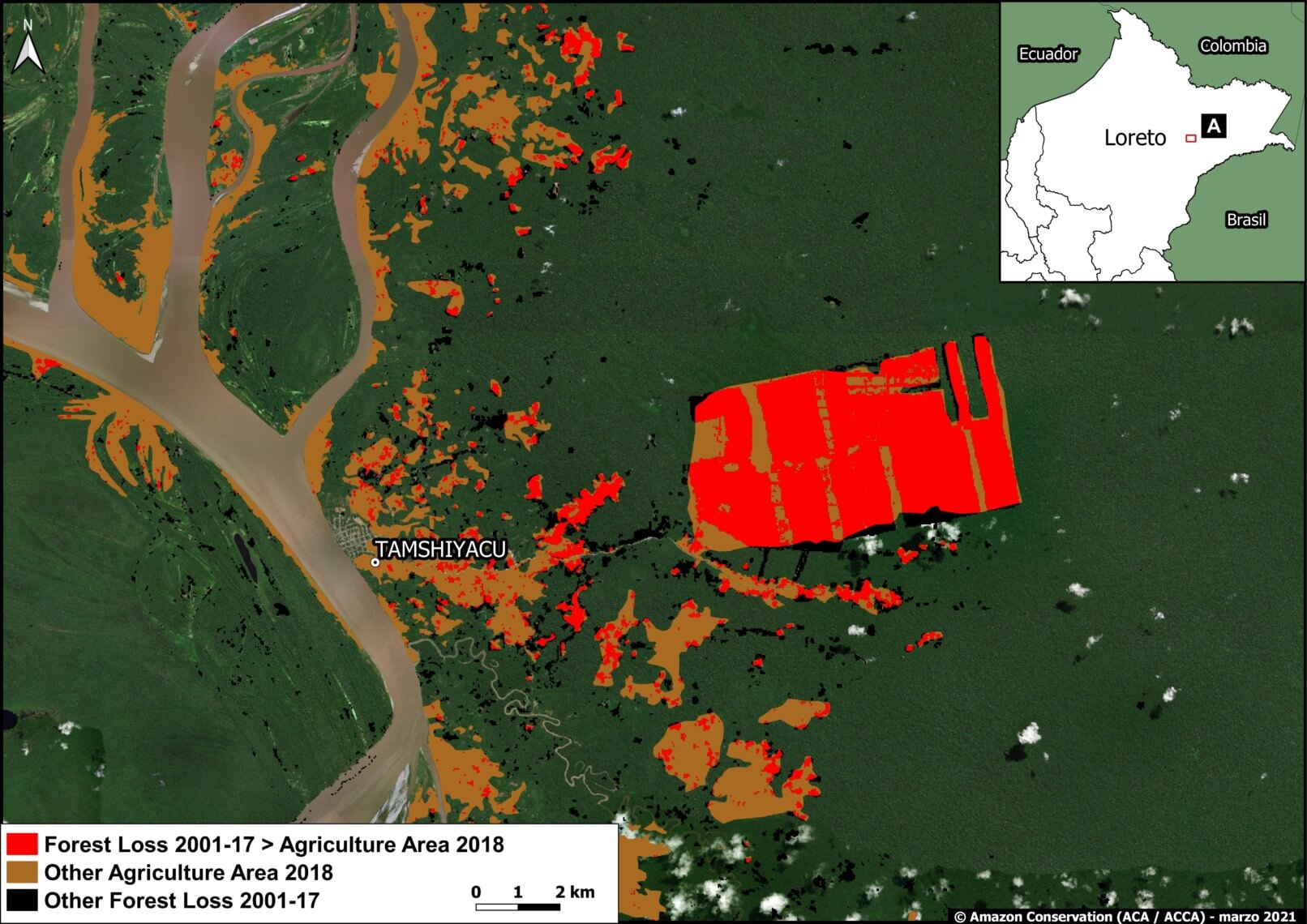 Image B shows the large-scale deforestation of more than 16,800 hectares associated with oil palm plantations between 2006 and 2015, along the border of the Loreto and San Martin regions (MAAP #116). Of this total, the deforestation of 6,975 hectares was linked to two plantations managed by the company Grupo Palmas company. The remainder occurred in the private areas surrounding the company’s plantations. 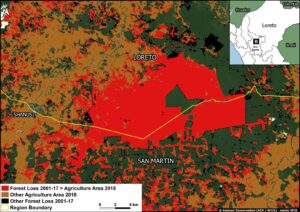 Image C shows the large-scale deforestation of more than 12,000 hectares for two oil palm plantations between 2011 and 2015, in the Ucayali region (MAAP #41). 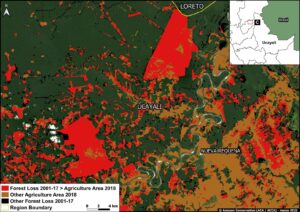 Image D shows the expanding agriculture-related deforestation around the town of Iberia, near the border with Brazil and Bolivia (MAAP #75). The major cause, according to local sources, is the increase in corn, papaya, and cacao plantations. We have documented the deforestation of more than 3,000 hectares in this area since 2014. 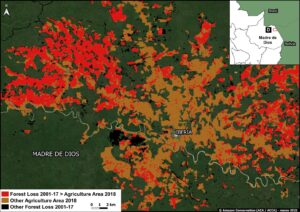 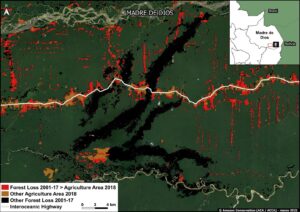 The identification and quantification of deforested areas (2001-2017) that correspond to agricultural area in 2018 results from the analysis carried out in GIS by the superposition of both geospatial layers (MINAM and MIDAGRI).

We thank E. Ortiz (AAF), S. Novoa (ACCA) and G. Palacios for their helpful comments on this report.