MAAP #138: As Brazil Negotiates With World, Amazon Deforestation Continues In 2021 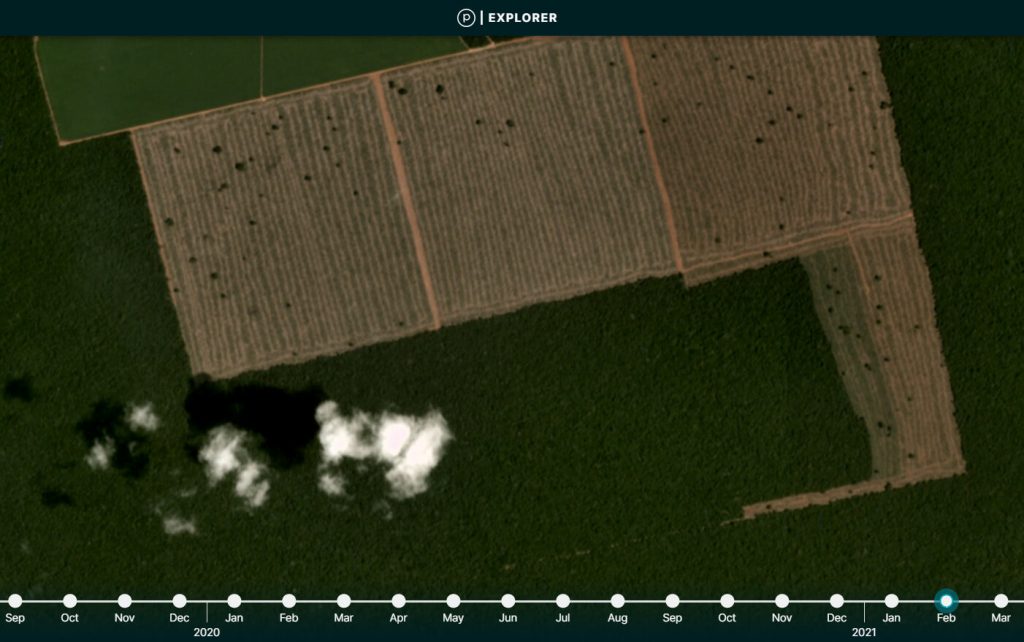 Brazil is currently in high-profile negotiations with countries such as the United States and Norway for international compensation in exchange for improved action to address Amazon deforestation.*

While this may be a positive development diplomatically, on the ground extensive deforestation continues.

Here we present a first look at 2021 Brazilian Amazon deforestation.

This early analysis is important because a) it provides real-time context for the negotiations, and b) these are the first areas that are likely to be burned in the upcoming fire season (see MAAP #129).

We first analyzed a new generation of early warning forest loss alerts, based on 10-meter resolution imagery (a major upgrade from the previous 30-meter alerts).* These alerts indicate the loss of over 175,000 hectares of primary forest thus far in 2021.

We then investigated the most urgent (large alert clusters) with even higher resolution (3 meters) satellite imagery from Planet.

Below, we present a series of high-resolution imagery videos showing key examples of 2021 Brazilian Amazon deforestation. 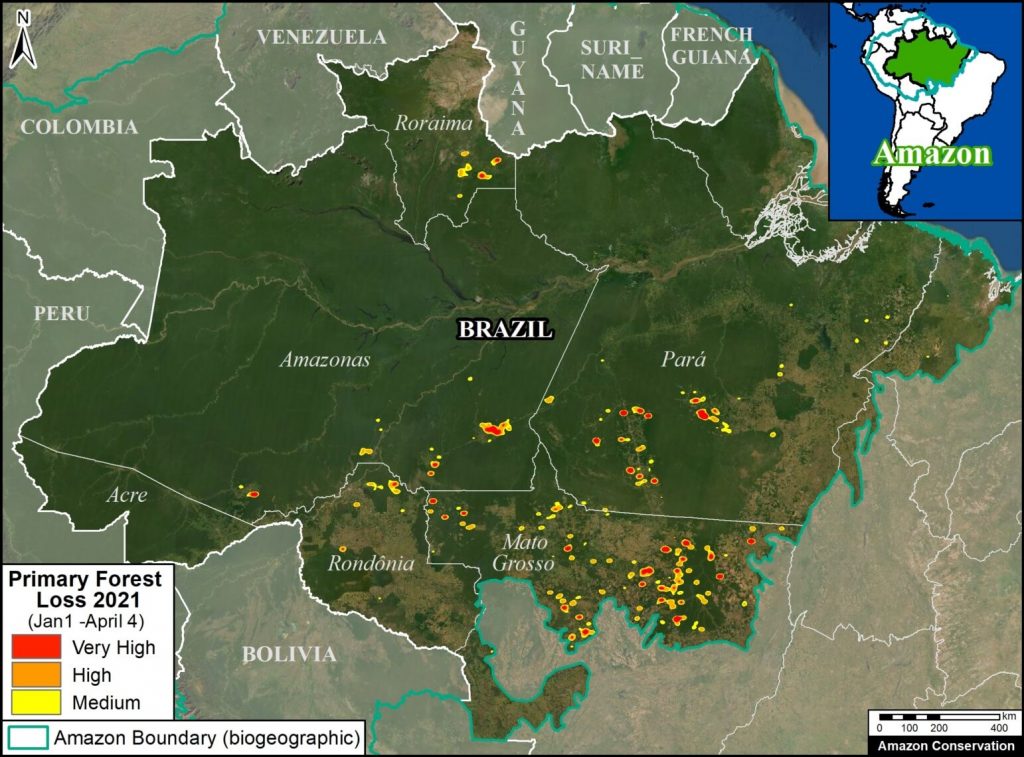 The alerts indicate the loss of 175,330 hectares of primary forest in the Brazilian Amazon between January 1 and April 4, 2021.

The Base Map illustrates where this deforestation has been concentrated.

Note the heavy concentrations in the states of Mato Grosso, Pará, and Amazonas, followed by Rondônia and Roraima.

For more information on the negotiations between Brazil and both the United States and Norway, see the following links:

‘Negotiating with your worst enemy’: Biden in risky talks to pay Brazil to save Amazon
Guardian

We thank A. Folhadella (ACA) for their helpful comments on this report.

This work was supported by NORAD (Norwegian Agency for Development Cooperation) and ICFC (International Conservation Fund of Canada).