Migration in the Amazon: Time to fly away from the cold 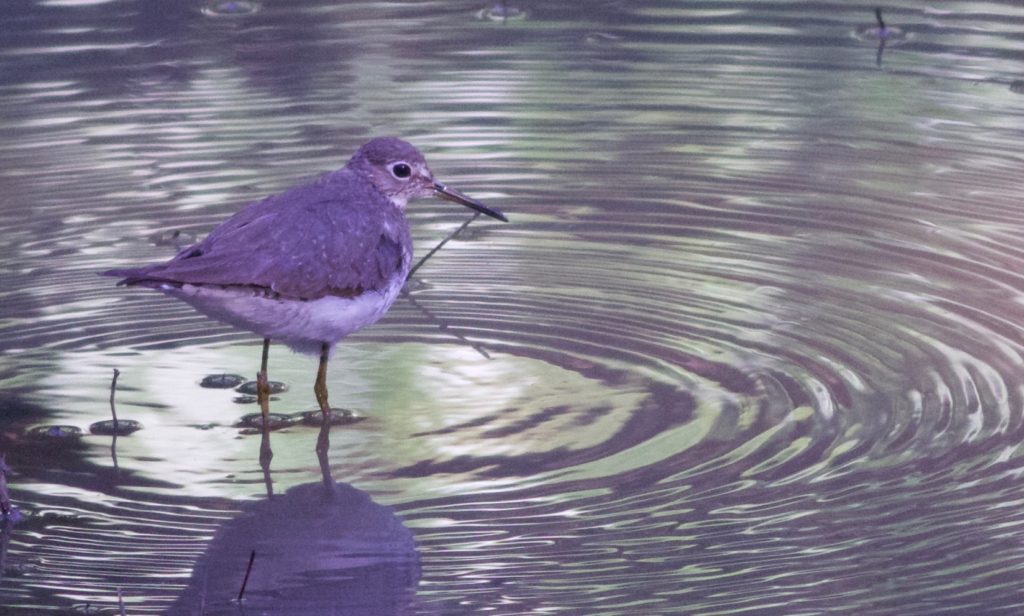 Solitary sandpiper (Tringa solitaria) unlike other sandpipers and other migratory birds, do not migrate in large flocks and can be found along the banks of shady creeks. PC: Alex Wiebe

Movement is an essential part of our day-to-day lives. However, this is not only true for us; most species are constant on the move. For some, this is due to continuous changes in their surroundings and others because of their ecology. Most of these movements go unnoticed by us, however, there is one that does not: Bird migration. If you look up into the sky at this time of the year, you may notice the unusually high number of birds flying around. For birds that migrate, they do so twice a year, between their breeding homes habitats and their nonbreeding grounds. Some migrations are large-scale like the Artic tern (Sterna paradisaea) which incredibly manages an annual round-trip of 70 000 km. Others are much shorter, such as altitudinal gradient migration along the Andes.

Migration is the seasonal movement from one region to another influenced by a series of factors. Specifically, bird migration is strongly influenced by the availability of nesting sites and food. In temperate zones, the hours of increased light during the summer allows birds to forage for longer periods. Additionally, because of the lower biodiversity, competition for resources and nesting sites is not as intense. These are appealing conditions to use temperate zones as breeding sites. Yet, as the season ends, food availability and the hours of light decrease, and birds have to find suitable grounds for the rest of the year. The tropics, despite the food abundance throughout the year, are not attractive to some species as breeding grounds because of the intense competition for resources and nesting sites due to the great biodiversity. However, most of these species become temporary residents of the tropics until is time to breed again.

Out of all the bird species in the world 40%, or around 4 000, are regular migrants. However, they are unevenly distributed around the world. In countries in the far north like Canada and Scandinavia, birds migrate southwards during the boreal winter to flee the harsh winter and will only go back until the following spring. 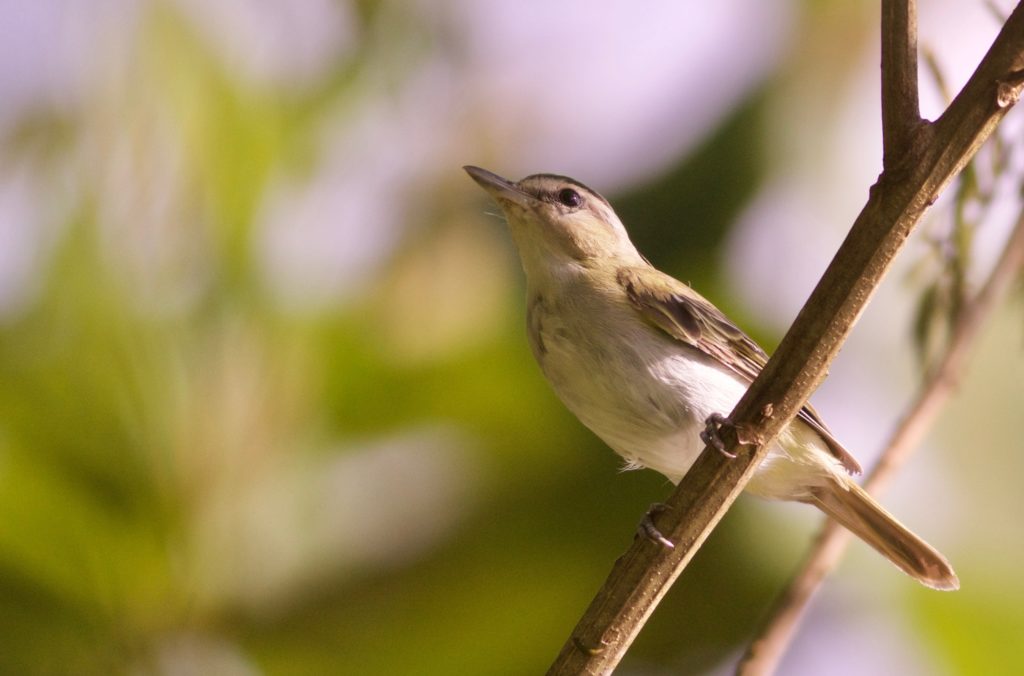 Chivi Vireo  (Vireo chivi) is one of the most widespread and common passerines of South America. This species consists of a complex mosaic of resident and migratory populations. During the austral and boreal winter, there is a seasonal overlap between the resident population and wintering population from the temperate zones.  PC: Alex Wiebe

Migration can take several weeks. Because of this, birds enter a state called hyperphagia before their journey. During this state, they will ingest as much food as possible to build up the fat reserves that will provide them with the energy needed for their journey. Once the migration has started, birds use a combination of senses and cues that are not fully understood, to reach their destination. They can orientate themselves by sensing the Earth´s magnetic field, and by the position of the sun, stars, and landmarks seen during the day. Species do not migrate all at once or in the same way. This is why you can see migrating flocks or individuals at different times of the day and for several months. Each species starts its migration at a specific time and some vary their migration year to year depending on food availability. The beginning of migration is also influenced by changes in the length of daylight. First-time migrators often make the journey on their own, despite the fact that they have never been to their winter home before. Impressively they are able to find them.

To avoid exhaustion and starvation during the thousands of kilometers flight, birds stop to recharge their energy along the way. However, by doing so, they are vulnerable to fall victim to predators. While enduring their journey, migratory birds face further threats like wildfires and storms, which appear to be intensifying due to our changing climate; shortages of resting areas, due to human encroachment; disorientation by city lights; and obstacles such as tall buildings. In 1971, The Ramsar Convention on wetland was agreed as a measure to protect migratory birds. However, each year the population of migratory birds decreases due to habitat loss and degradation in the tropics. By protecting the tropical forests, we are ensuring the well-being of migratory birds and ensure that future generations have the opportunity to this spectacle.