MAAP #54: Natural Forest Loss Due To “Hurricane Winds” in the Peruvian Amazon 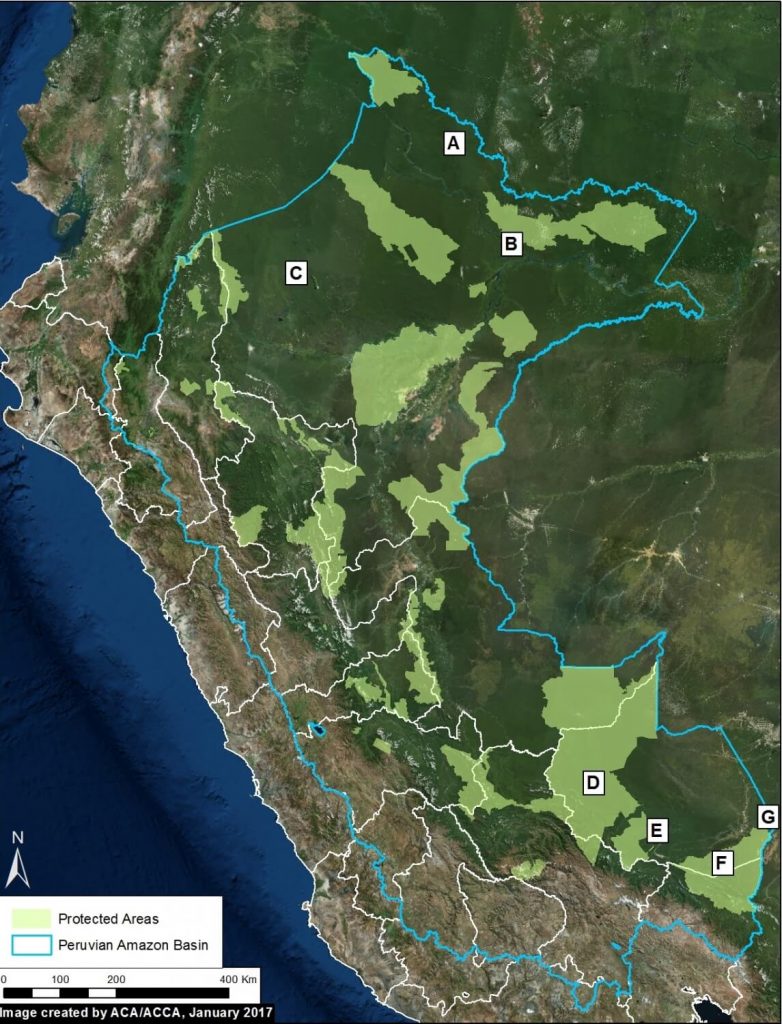 A little-known, but not uncommon, type of natural forest loss in the Peruvian Amazon is blowdown due to strong winds from localized storms (locally known as “hurricane winds”).

The intense winds cause a chain reaction of fallen trees, resulting in a fan-shaped pattern of forest loss with a defined orientation following the direction of the storm winds.

This phenomenon has previously been reported in Brazil and Colombia (see References below).

The base image (Image 54) shows the location of some recent (during 2016) examples of forest loss due to blowdowns in the Peruvian Amazon.

These examples were initially detected from analysis of GLAD alerts, early warning tree loss data produced by the University of Maryland (see Annex).

Below, we detail the 7 blowdown examples indicated on the base map. They are located in both northern (Loreto region) and southern (Madre de Dios region) Peru, and include 4 Protected Areas. The forest loss in these examples ranged from 24 to 900 hectares. 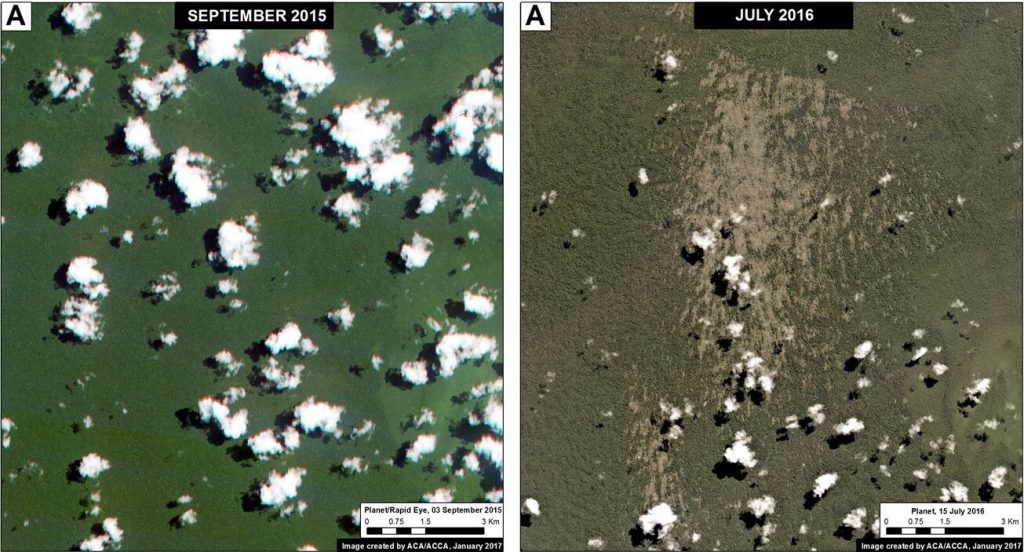 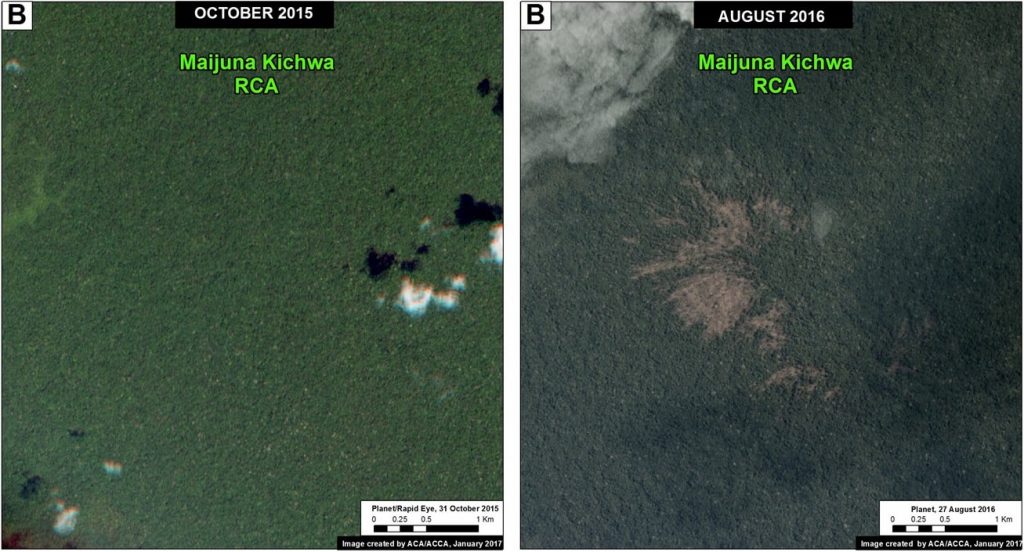 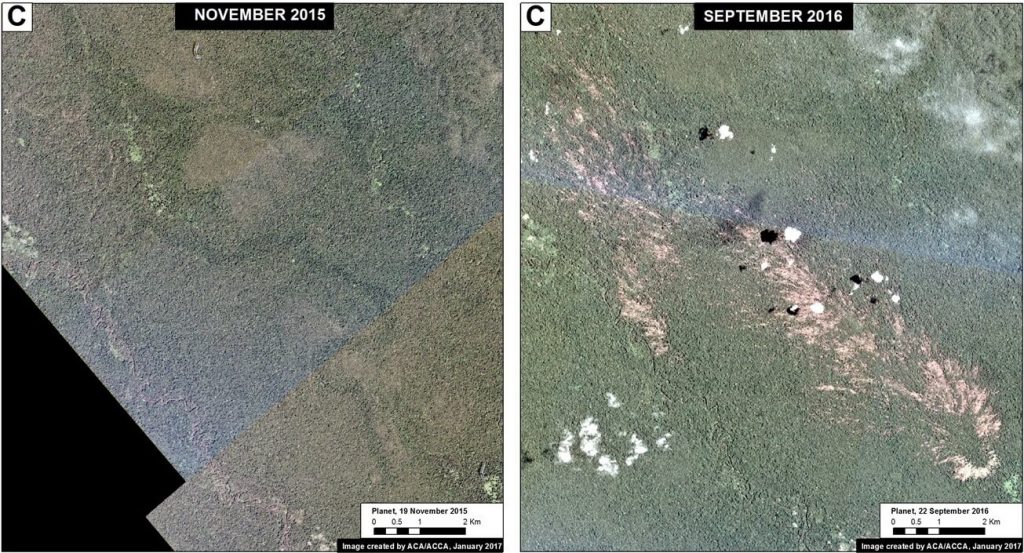 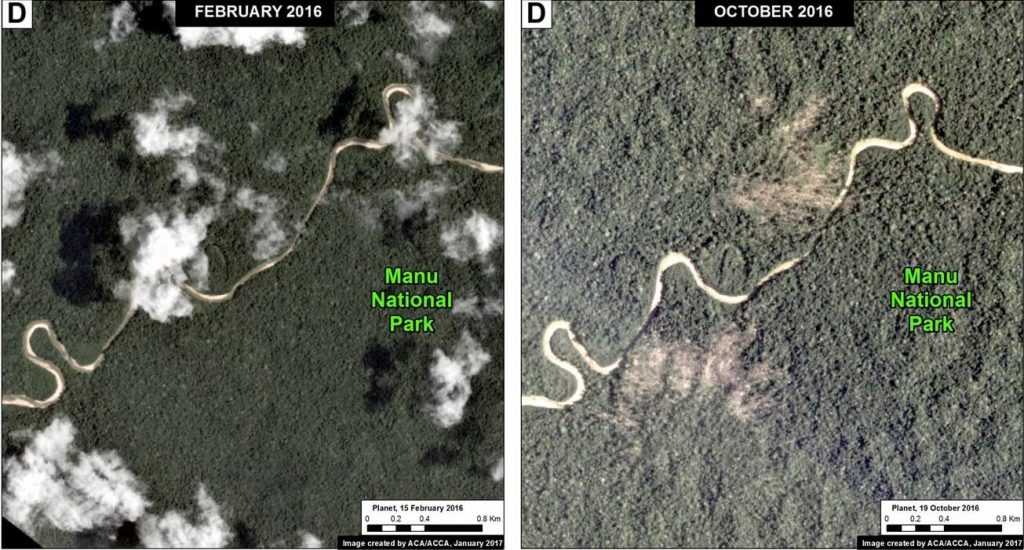 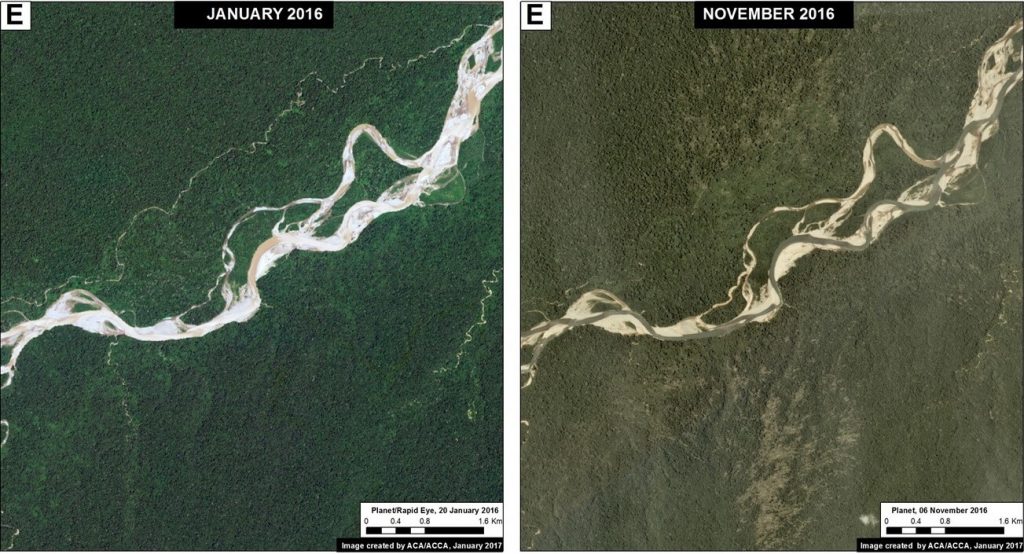 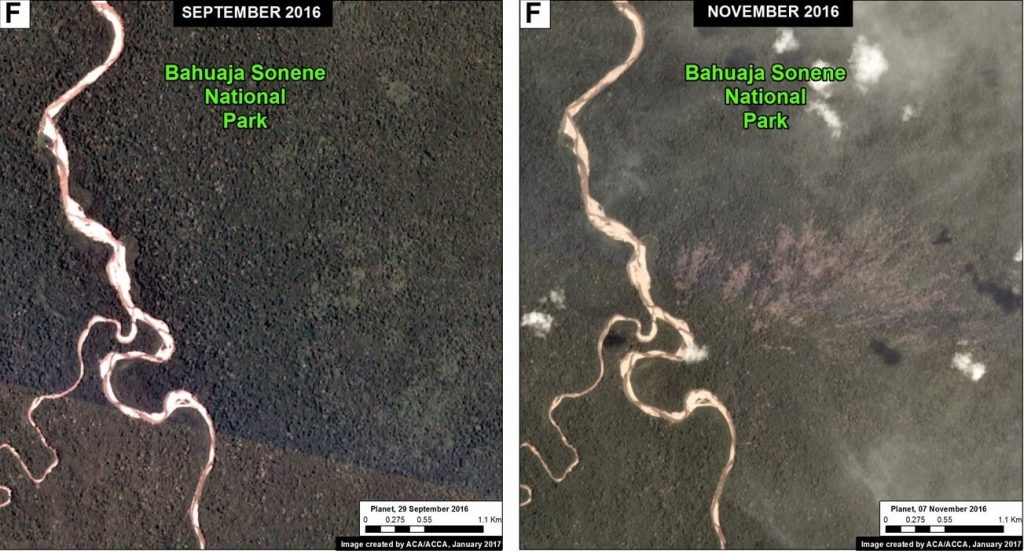 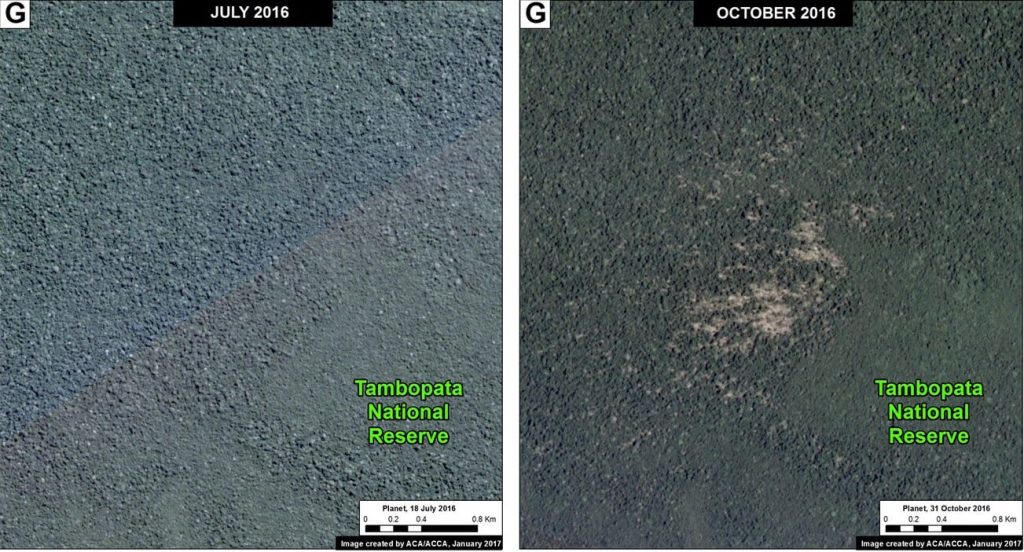 This last image shows how the tree loss patterns from blowdowns appear in the GLAD alerts.