In a series of previous reports (MAAP # 60), we have described the dire gold mining deforestation in the southern Peruvian Amazon, most notably in the area known as “La Pampa” (see Base Map). However, over the past 3 years another critical area has emerged in the region: the Upper Malinowski. This area is located near the headwaters of the Malinowski River, upstream of La Pampa (see Base Map).

Here, we show satellite images of the rapid advance of gold mining deforestation in two sectors of the upper Malinowski. In total, we document the deforestation of 3,880 acres (1,570 hectares) between 2015 and 2017 inside the buffer zone of the Bahuaja Sonene National Park. 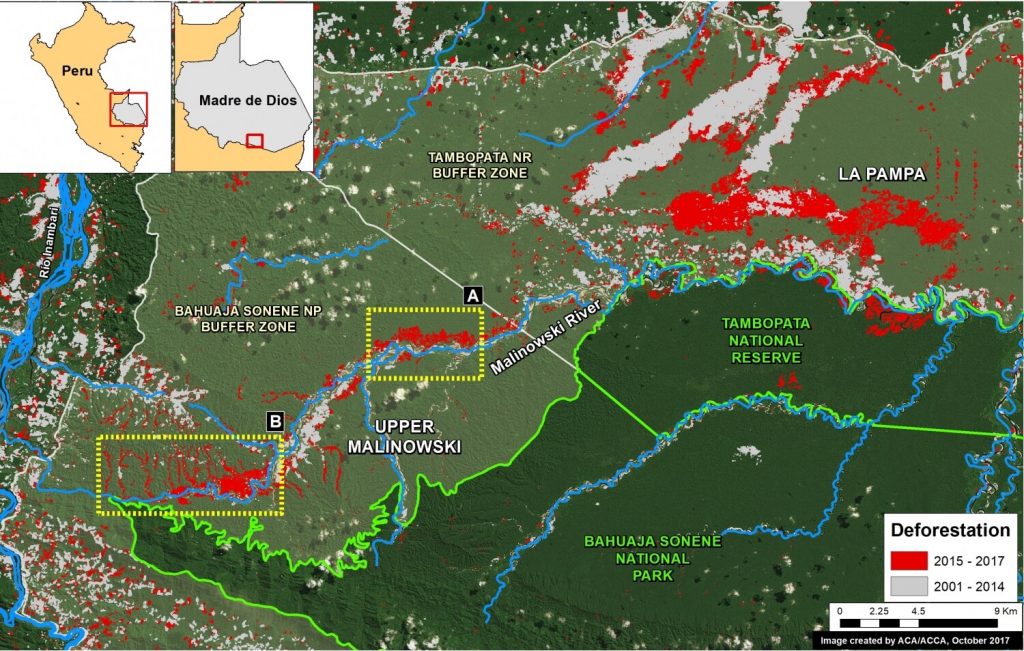 Sector A has experienced the rapid deforestation of 704 acres (285 hectares) over just the past 2 years. Figure 72a shows satellite images (courtesy of the company Planet) of this rapid mining deforestation between October 2015 (left panel) and October 2017 (right panel). In addition, we show a very high resolution image (0.32 meters) over an active part the sector (Inset A2); note the visible presence of mining camps and organized mining pits. There are no mining concessions in this sector, thus all mining activity is illegal. 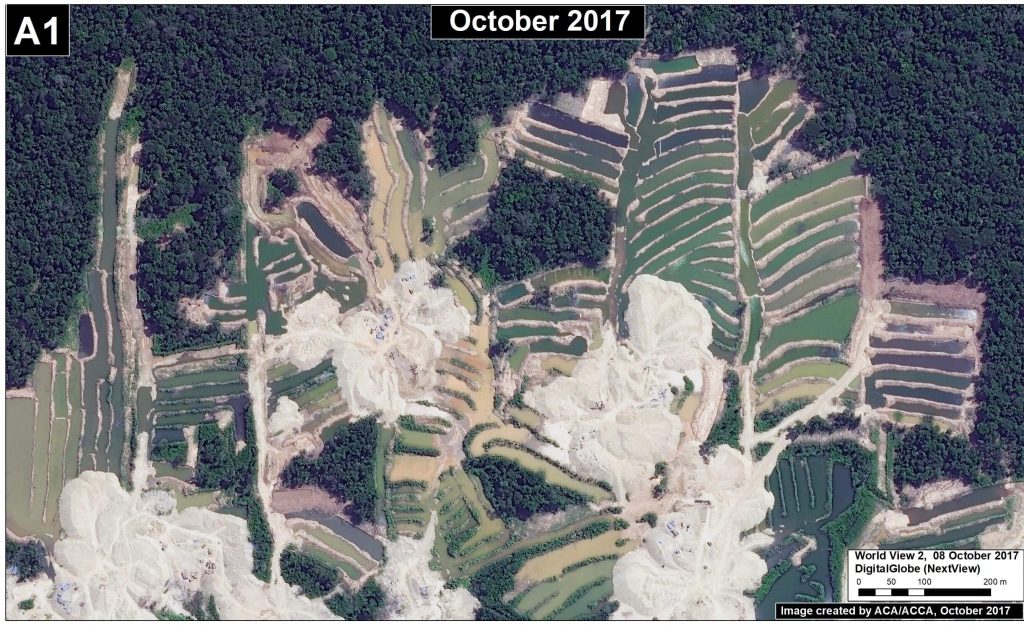 Sector B has experienced the deforestation of 3,175 acres (1,285 hectares) over the past 3 years. Figure 72b shows satellite images (from the company Planet) of the mining-caused forest loss between 2014 (left panel) and 2017 (right panel).