A recent news article published by the Peruvian organization DAR reported that gold mining activity continues to increase in the Santiago River (see Image 36a), located in the Amazonas region of the northern Peruvian Amazon. The article also mentions that this gold mining activity is no longer restricted to the river, but is now entering the forest. There are mining concessions in the area, but according to a recent article published in The Guardian, the miners are not operating legally with permission from the concessionaire.

Here, we show the first satellite images that confirm that the mining activity is indeed causing deforestation along the Santiago River (see below). Click each image to enlarge.

Image 36b shows a high-resolution image of the newly deforested area due to mining activity along the Santiago River (see yellow circle). The total forest loss to date is 8 hectares (20 acres). 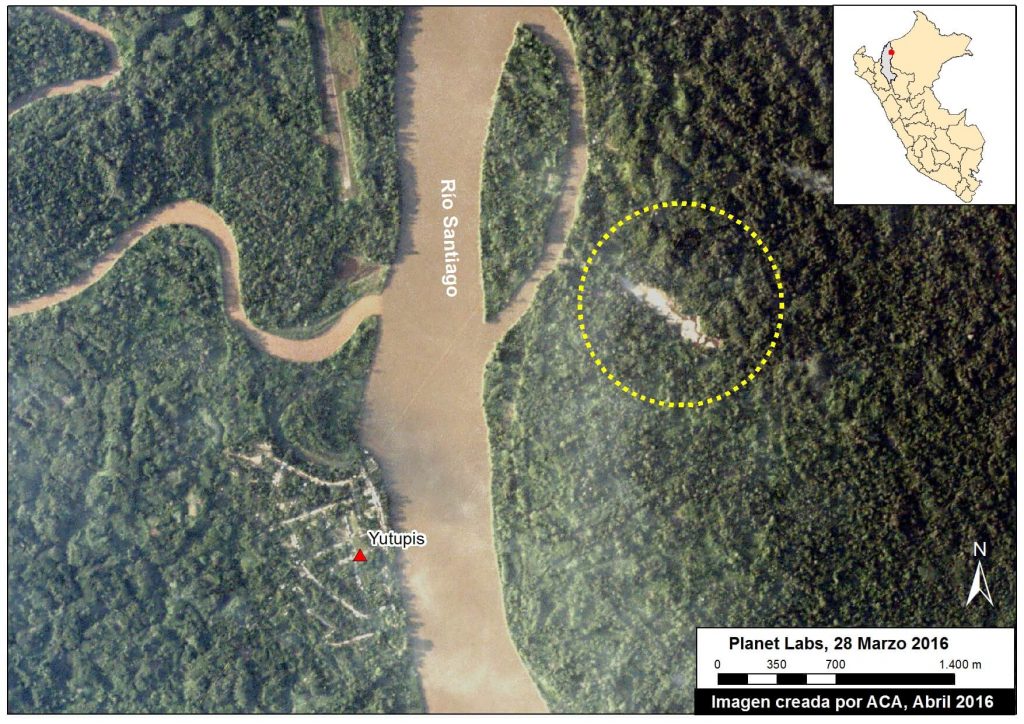 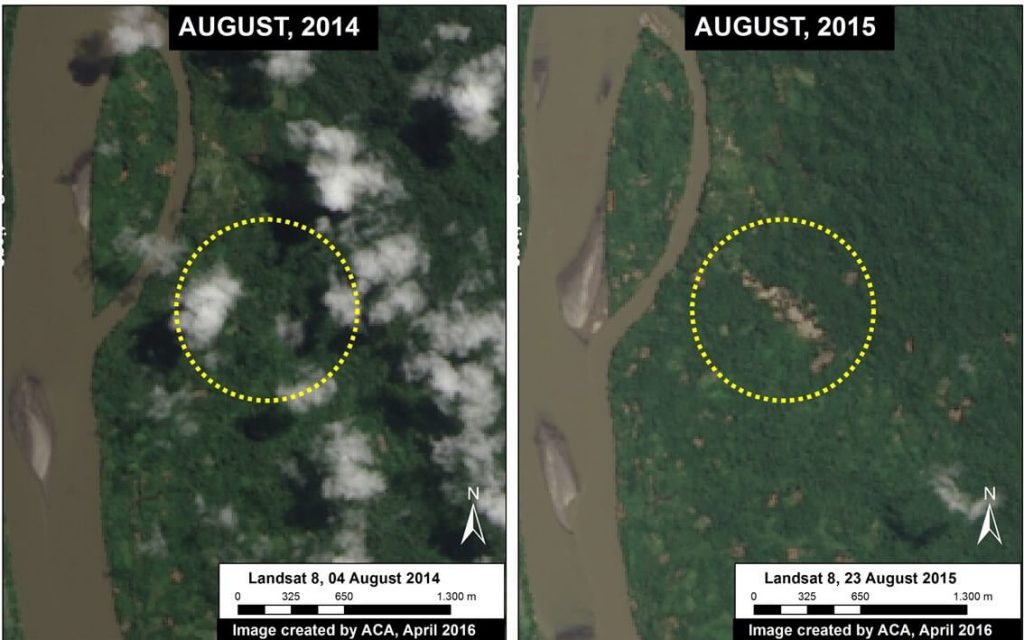