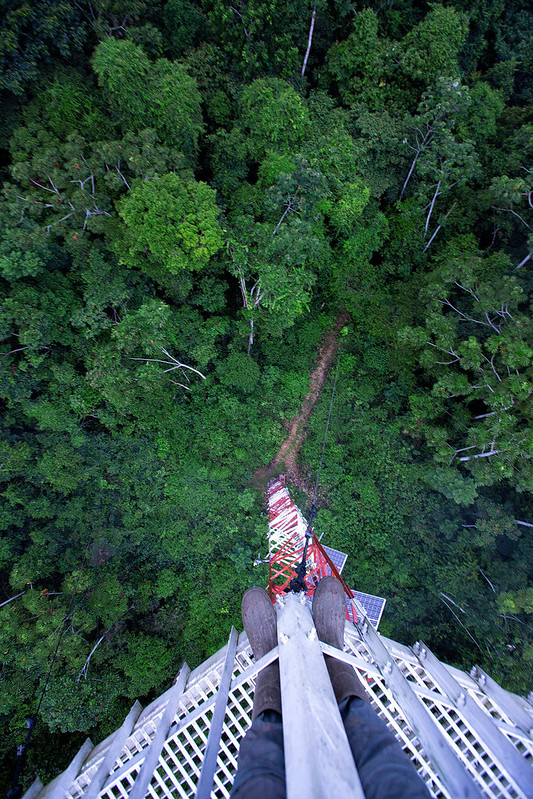 High in the treetops of our Los Amigos Conservation Concession, two listening devices powered by solar panels transmit real-time sounds of the rainforest to local rangers’ phones, and across the world.

These acoustic monitoring devices transmit a short recording of any unusual sounds through local cell towers to get to a cloud database, where different forest sounds are classified using machine learning techniques. Incoming audio plug into these high-tech detection models where they can be distinguished between normal sounds one expects to hear in a rainforest – like a jaguar growl or different bird songs – and potential illegal activities caused by humans – like a chainsaw or small tractor. The sounds captured are then sent to the cellphones of park rangers, local advocates, and indigenous leaders where they can hear the sound to confirm the findings and know the exact location of where it’s happening so they can take action. All of this happens within seconds. 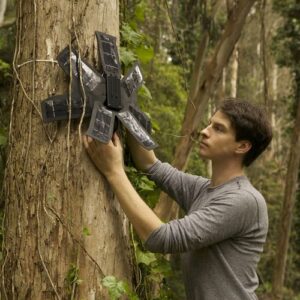 The dense forests of Los Amigos are one of the few rainforest locations around the world piloting this innovative listening technology to detect deforestation in real-time. The project, led by Rainforest Connection’s founder Topher White, has partnered with us to test this technology so deforestation can be discovered, reported and stopped before it reaches a point of no return.

For example, when the real-time acoustic monitoring devices record a sound of what could potentially be a chainsaw cutting down trees, our forest rangers on the ground and our staff of experts around Peru receive an alert on their phones notifying them that trees may be being cut in our protected area at that very moment. Rangers then listen to the audio clip and can confirm via the app, based on their extensive experience living and working in the rainforest, that it is indeed a chainsaw that they hear in the recording. If confirmed, we are able to use drones and satellite images in that location to record evidence of illegal activity – without risking the lives of our forest rangers in confrontations with perpetrators – and report the illegal activity to the authorities who can take the appropriate legal and enforcement actions.

Setting Up at Los Amigos 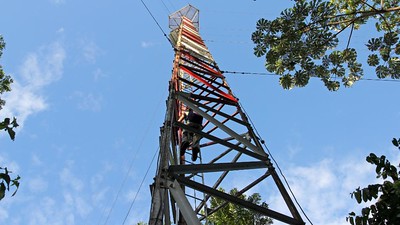 “Los Amigos is the perfect place to test out novel technologies like acoustic monitoring,” says Topher, “it’s really a laboratory to experiment with new conservation ideas.”

For Rainforest Connection’s technology to work, it’s essential to have local cell phone towers and networks to capture and transmit the audio. “The Los Amigos Conservation Hub in Peru has these amazing towers that were built 15 years ago that are ideal to transmit the information,” Topher adds, “This existing infrastructure helped cut our work, and we could focus on just building the cell phone networks powered with solar panels.”

Some of that technology also needed to be installed in trees near the acoustic recording devices, Topher counted on the help of one of our researcher friends and expert tree-climber, Andy Whitworth from Osa Conservation, to climb Los Amigos’ incredibly tall trees and install two solar panels boxes and cell phone network extenders.

Despite the challenges in keeping the cell phone grid and the monitoring devices powered, secured, and connected to the world via the internet, the potential benefits of keeping forests safer without exposing park guards to dangerous situations kept Topher and Andy going while they were climbing dozens of trees to install the recording devices. “This type of technology still takes a lot of field work,” says Andy, “but it can provide so much for the protection and understanding of these forests in the long run. It’s worth it.” 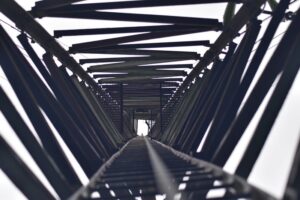 Aside from recording deforestation-related sounds, the acoustic monitoring devices capture a lot of additional, valuable biodiversity data. As the recordings are hosted in a cloud database, it has the potential of becoming a rich source for baseline data for scientists conducting scientific studies on the Amazon.

For instance, if a scientist wants to track the presence of a particular bird species in an area over a span of a few months or years, they can refer to the audio library as a baseline resource for hearing the movements and quantity of calls of that species in the lowland forests of Los Amigos. By referencing and sourcing from this vast library 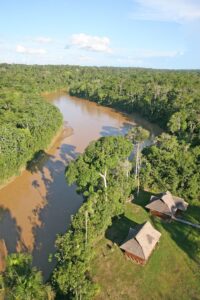 of acoustic information, researchers can contribute to our understanding of the biodiversity of the Amazon without having to set foot in it. Topher likens the database as a “Google Earth for acoustic data.”

On the prospect of expanding this technology to other uses, Topher comments that “sound is the most exciting piece of data available to us that’s not been fully realized for protecting the planet. You look at all the ways satellite imagery has helped us monitor the environment, I believe the next revelation will be in acoustics.”

“With acoustic monitoring, we can even hear things happening that don’t necessarily make a noise, as we can hear the other animals’ response to it. We’re just getting started, and the future involves getting others to be a part of it.”