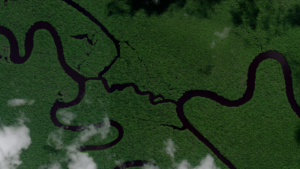 2020 marked an important 5-year milestone in our partnership with the Norwegian Agency for Development Cooperation (Norad) to build government and community capacity for real-time deforestation monitoring and to combat illegal deforestation in Peru.

Building on the trust and expertise we established over our 20-year history, we helped the forest service, prosecutors, and police agencies improve their ability to act on illegal deforestation by helping them create the National System for Monitoring and Control, based on our high-tech, real-time, and cost-effective forest monitoring. The past five years have seen the incredible growth of this system – called Monitoring of the Andean Amazon Project (MAAP), – which now provides a functional real-time satellite monitoring system not only to Peru but to 83% of the Amazon basin.

In Peru, the game-changing technology employed by MAAP supported the government in crafting Operation Mercury in 2019, which launched a highly-successful crackdown on illegal gold mining deforestation in the region of La Pampa. This year, we continued monitoring the long-term success of the operation, showing the good news that, even a year after, there was still a 78% reduction in gold mining deforestation. Moreover, we identified two 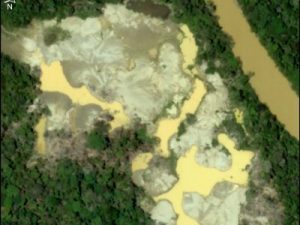 “leakage points” of gold mining, that is, instances where gold miners moved their illegal operations to other neighboring areas. By alerting the authorities of these new deforestation cases in real-time, they were able to stop the unlawful activities, limiting the destruction they could have caused.

At the same time, we helped forest concessionaires and other local community groups more effectively patrol and monitor their territories by using satellites, drones, and smartphone apps. We then provided them with the legal tools needed to submit the evidence to the government through the newly-implemented National System, thus enabling them to have a more effective channel to report illegal encroachment and deforestation.

This work laid the foundation for a new partnership with USAID – now in its second year – to help us take forest governance to scale by strengthening the government’s ability to take action across the entire Peruvian Amazon, and empowering hundreds of local people to vastly improve the protection of their forests using the latest in cutting-edge technologies.

This story was featured in our 2020 Impact Report. Click here to read about other conservation successes from 2020.