MAAP #79: Seeing Through the Clouds: Monitoring Deforestation With Radar

MAAP has repeatedly emphasized the power and importance of Earth observation satellites with optical sensors (such as Landsat, Planet, DigitalGlobe). 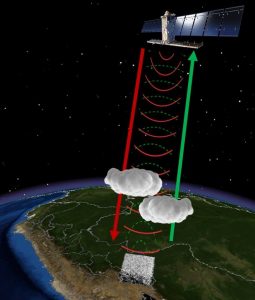 However, they also have a key limitation: clouds block the data about Earth from reaching the sensor, a common problem in rainy regions like the Amazon.

Fortunately, there is another powerful tool with a unique capability: satellites with radar sensors, which emit their own energy that can pass through the clouds (see Image).

Since 2014, the European Space Agency has provided free imagery from its radar satellites, known as Sentinel-1.

In the Peruvian Amazon, for example, Sentinel-1 obtains imagery every 12 days with a resolution of ~20 meters.

Here, we show the power of radar imagery in terms of near real-time deforestation monitoring. We focus on an area with ongoing deforestation due to gold mining in the southern Peruvian Amazon (Madre de Dios region).

Note the rapid expansion of gold mining deforestation in La Pampa, as well as in the Upper Malinowski area. In contrast, note that the illegal gold mining invasion of Tambopata National Reserve, which escalated in 2016, was effectively halted in 2017.

Image 79b indicates the most recent gold mining deforestation areas detected by radar. We estimate the loss of 3,260 acres (1,320 hectares) between January 2017 and February 2018 (indicated in yellow and red), in our area of interest. Of that, around half occurred since October (1,609 acres, indicated in red), when the availability of good optical images is more limited due to persistent cloud cover. 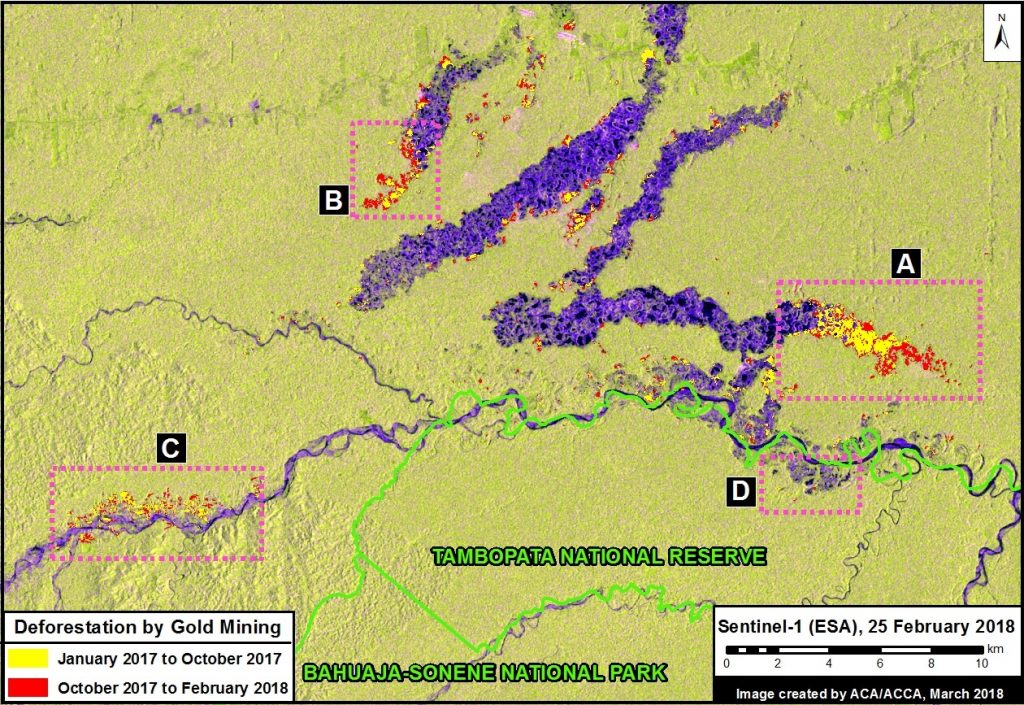 Finally, Image 79c is an optical image of the same area. Note how the radar imagery above accurately detected the gold mining deforestation. 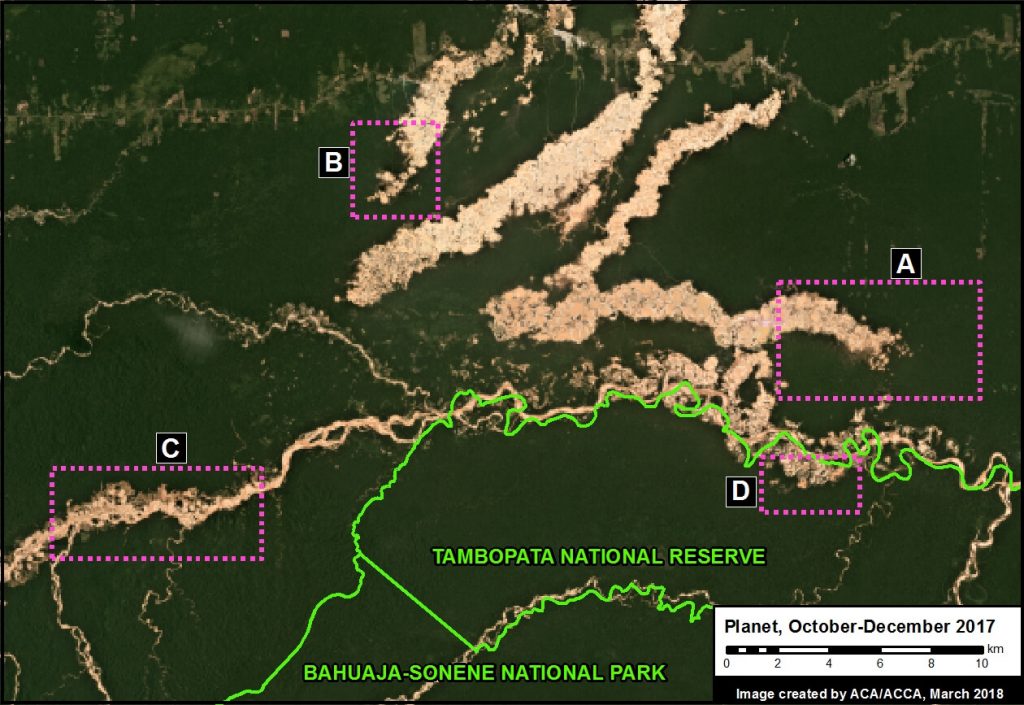