The Tipping Point – Where Are We?

The Tipping Point:
What is it and how close are we?

Join us Thursday, December 1st, at 9:00am EST for our latest webinar. Hosted by Amazon Conservation, Amazon Sustainable Landscapes, and the World Bank Group, this edition will focus on the Tipping Point, using reports #144 and #164 of our Monitoring of the Andean Amazon Project (MAAP), and will highlight what the tipping point means for the forest, its inhabitants, and the planet.

This event is free and open to all. Simultaneous interpretation in English, Spanish, and Portuguese will be provided. A recording will be provided to those who register. Space is limited, so register ASAP!

It is increasingly reported that the largest rainforest in the world, the Amazon, is rapidly approaching its tipping point. As highlighted by Carlos Nobre and the late Tom Lovejoy, this tipping point is where parts of the rainforest will convert into drier ecosystems due to disrupted precipitation patterns and more intense dry seasons, both exacerbated by deforestation.

The impacts within the Amazon as well as beyond its boundaries could be catastrophic for both people and nature, upsetting a balance that local people have depended on for millennia as they have shaped their lives around its climate, the economic foundation that its forests and waters make possible, and the ecosystem services (carbon sink, freshwater, etc.) that it provides to millions across a vast continent.

This webinar, organized by the Amazon Sustainable Landscapes Program (ASL) financed by the GEF and led by the World Bank, together with the Amazon Conservation’s Monitoring of the Andean Amazon Project (MAAP), provides a discussion on the tipping point, starting with its meaning and where we may be now (MAAP 164 and MAAP 144), and the value of indigenous territories and protected areas as a major defense against reaching the tipping point (MAAP 141). 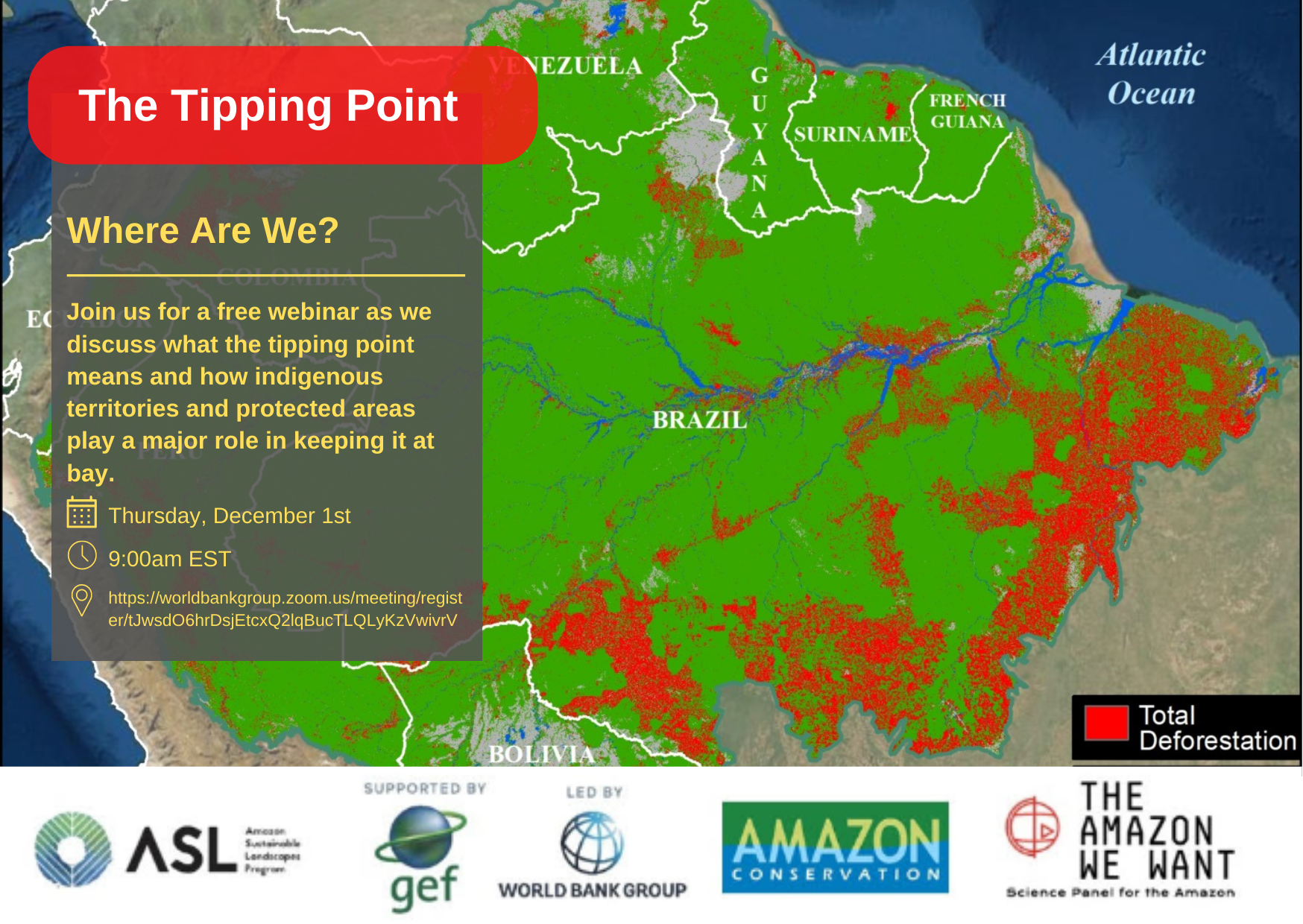 Panel Presentations: What satellite monitoring
is telling us about the state of the forest 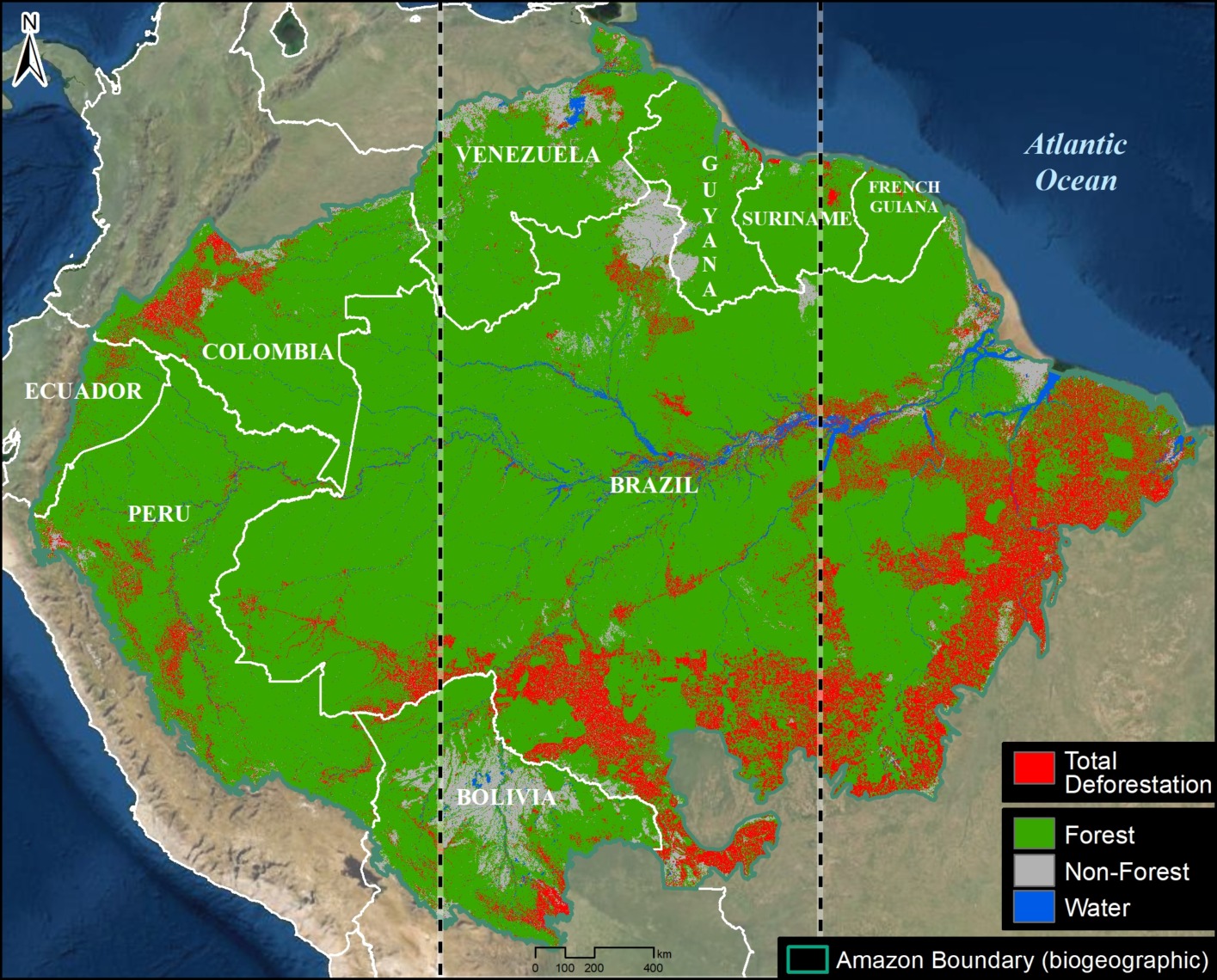 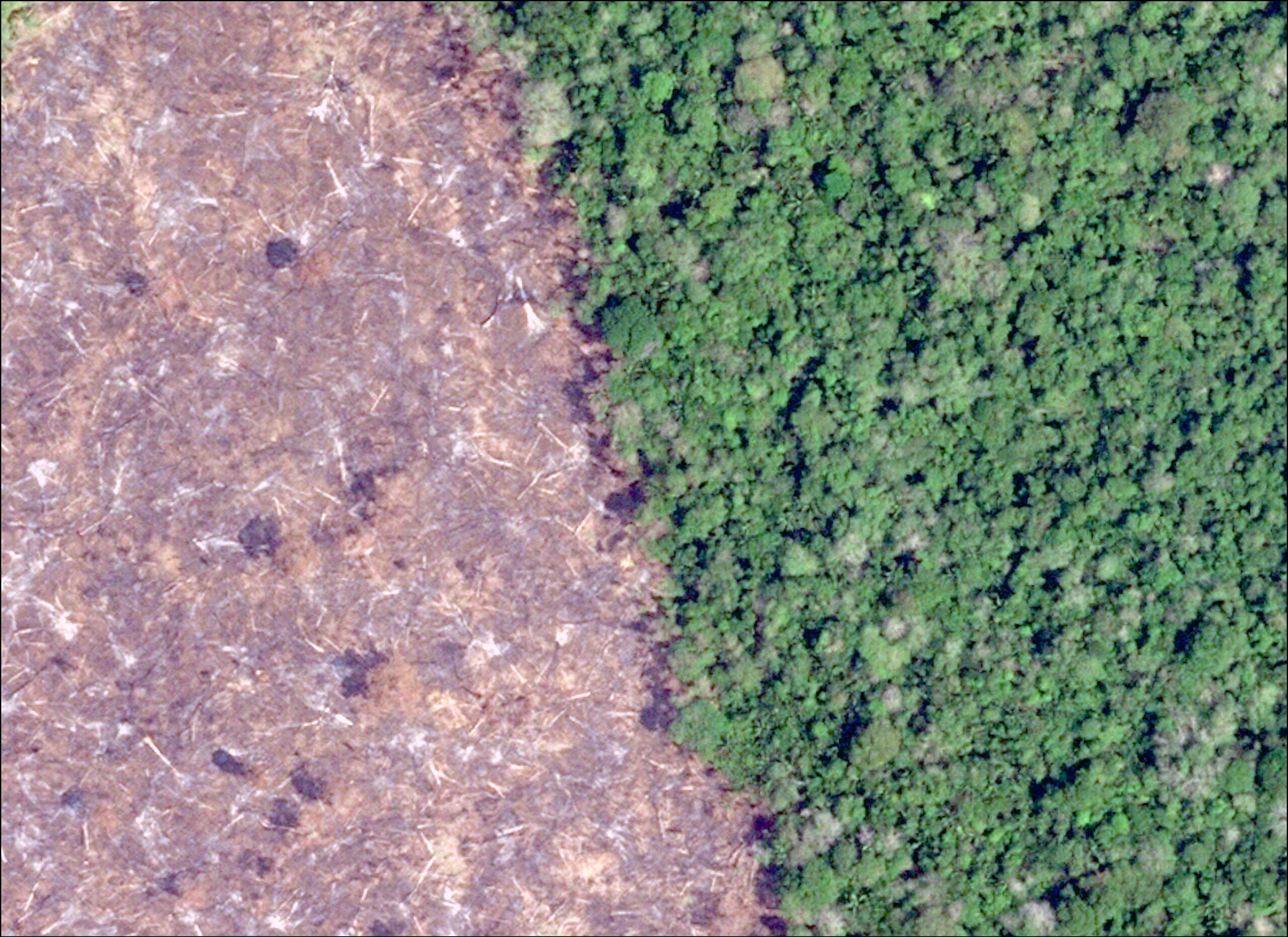 Ana María has worked since 2008 at the World Bank on conservation and sustainable development projects in the African and Latin American regions. She is currently the coordinator of the Amazon Sustainable Landscapes Program and manager for the Integrated Management of the Putumayo-Ica river watershed project. Previously she worked at The Nature Conservancy and, in her home country of Colombia, in multiple research, public and civil society organizations. Ana María is an economist with Masters degrees in Environmental and Natural Resource Economics from the Universidad de los Andes and International Development from George Washington University.

Member of the House of Representatives for the Constitutional Period 2018 - 2022 for the department of Putumayo, Colombia. Lawyer from the University of Santiago de Cali, specialized in Administrative Law from the Externado de Colombia University. With an extensive experience in social and community work. In the professional field he has served as head of the Legal Office, head of the Internal Control Office, and Secretary of Government in the Mayor's Office of Valle del Guamuez. In the national context, he has worked in the Administrative Direction of the Superintendence of Notaries and Registry, as advisor in the Congress of the Republic, as Presidential Council for Human Rights, and advisor to the Minister of the Interior.

Ketty Marcelo is a recognized indigenous leader of the Asháninka people, president of the National Organization of Andean and Amazonian Women of Peru (ONAMIAP). She is a member of the Pucharini Native Community, in the Amazonian province of Chanchamayo, Peru. In her trajectory as a social leader, she has contributed to making visible and positioning the interests and priorities of Andean and Amazonian indigenous women, both nationally and internationally. Her work has been developed from the communities of the Peruvian Amazon as well as from the Central de Comunidades Nativas de la Selva Central (CECONSEC). Ketty is also the national coordinator of the National Council of Indigenous Women of Peru (OMIASEC).

Manuel Pulgar-Vidal is the global leader of Climate and Energy at WWF and chair of the IUCN Climate Crisis Commission. He has more than 35 years of experience in environmental law and policy. He served as Minister of the Environment of Peru (2011 to 2016) and President of the Twentieth Conference of the Parties to the United Nations Framework Convention on Climate Change - COP20 in 2014. Mr. Pulgar-Vidal was the Executive Director of the Peruvian Society for Environmental Law, an influential institution in Latin America. He has a law degree from the Pontificia Universidad Católica del Perú, where he is a professor, and has completed studies for a master’s degree in Business Law at the Universidad Peruana de Ciencias Aplicadas.

Want to stay informed about our other events on science, technology, governance, and conservation?