There is no song copyright in the birdcall industry

Even if it is your first time in the Amazon forest or you are lucky enough to live and enjoy a green heaven like it, you will be enchanted by its colors, the moist aroma of rain falling on the low nutrient Amazonian soil, as well as a chorus of melodies displaying harmonic rhythm, from low to high pitch sounds, music that represents breath, words, and life. These last three representations could not better describe the importance of animal vocalization in a tropical rainforest. Among birds, specifically, this is a critical way they communicate among one another in competition for mates and territories. 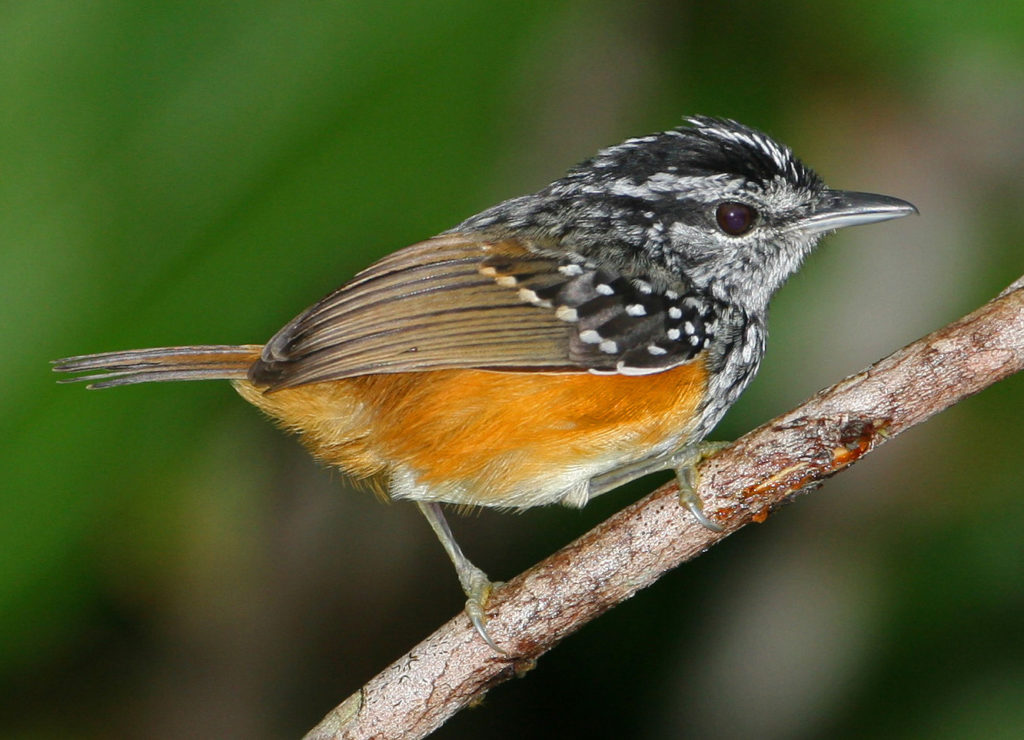 Inability to differentiate vocal signals within and between species could lead to unnecessary territorial aggression, negative impacts on a species reproductive success (i.e. unfit hybrids), and overall fitness. Therefore it is expected that birdsongs are specific for every species, particularly in dense forests like Amazonia, where vocal signals are more valuable and efficient than visual cues. So, is it possible for two sympatric bird species (not closely related) to sing the same songs?

The studied species were two sympatric Hypocnemis antbirds: H. peruviana and H. subflava, which are highly abundant organisms inhabiting the understory of Los Amigos forest. Hypocnemis antbirds are small monogamous passerine birds, and molecular tests have showed that H. peruviana and H. subflava are non-sister species and were split from a common ancestor ~3.4 million years ago. Even though they have been part of different lineages a long time ago, both species share similar foraging behavior, diet, six standard body morphological measurements. However these species do differ in  their plumage color (Figure 1 and 2). Moreover, songs in suboscine passerine birds, such as Hypocnemis, are not learned and instead are genetically determined, however this had been challenged by other studies that suggest that vocal learning does lead to song differences in suboscines. Hypocnemis vocalizations play important roles in intrasexual competition, mate attraction and territory defense. From all the characteristics mentioned above, it is assumed that highly territorial organisms must rely on vocal signals specificity to discriminate between species and individuals. 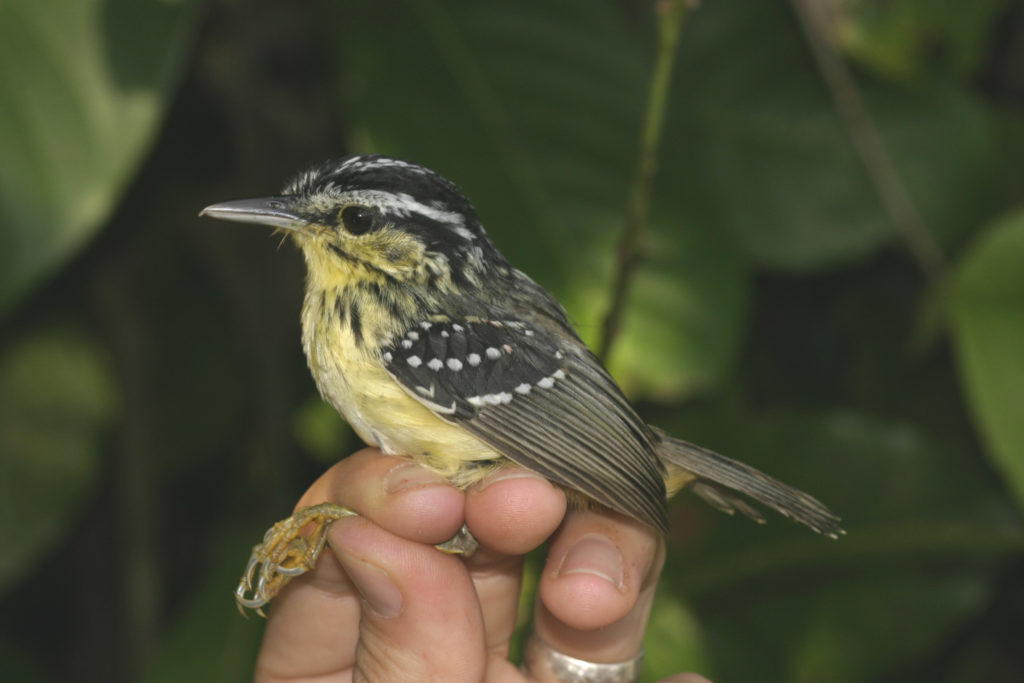 Dr. Tobias and Dr. Seddon analyzed 343 songs of 96 sympatric individuals (H. subflava and H. peruviana) through acoustic and playback experiments at Los Amigos, and demonstrated that territorial songs in males are more similar than non-territorial signals between both species, not allowing males to discriminate the territorial signals of individuals of the same and different species. The same pattern was found in females. How could this phenomenon be explained? First, even though H. subflava and H. peruviana are partially segregated by habitat, both species interact regularly at territory boundaries, increasing the likelihood of rivalry for space and food. This latter explanation is supported by the fact that both antbirds are not migratory birds and neither move outside their territory. LABO Advisory members suggested that song convergence must be a consequence of selection forces caused by competition between species, which is supported by several studies showing that song matching (i.e. answering with a similar song) is an aggressive display in territory disputes, within and between species!