Two Ancient Icons of the Neotropics

The Harpy Eagle (Harpia harpyja) and the Shihuahuaco tree (Diptheryx micrantha) are iconic species of the Neotropics that play key roles in the health of the ecosystem.

The harpy eagle is the heaviest and most powerful raptor inhabiting the canopy of rainforests. Its historic distribution ranges from southern Mexico to northeastern Argentina. While the variety in its diet suggests an opportunistic foraging behavior, it feeds mostly on arboreal mammals. 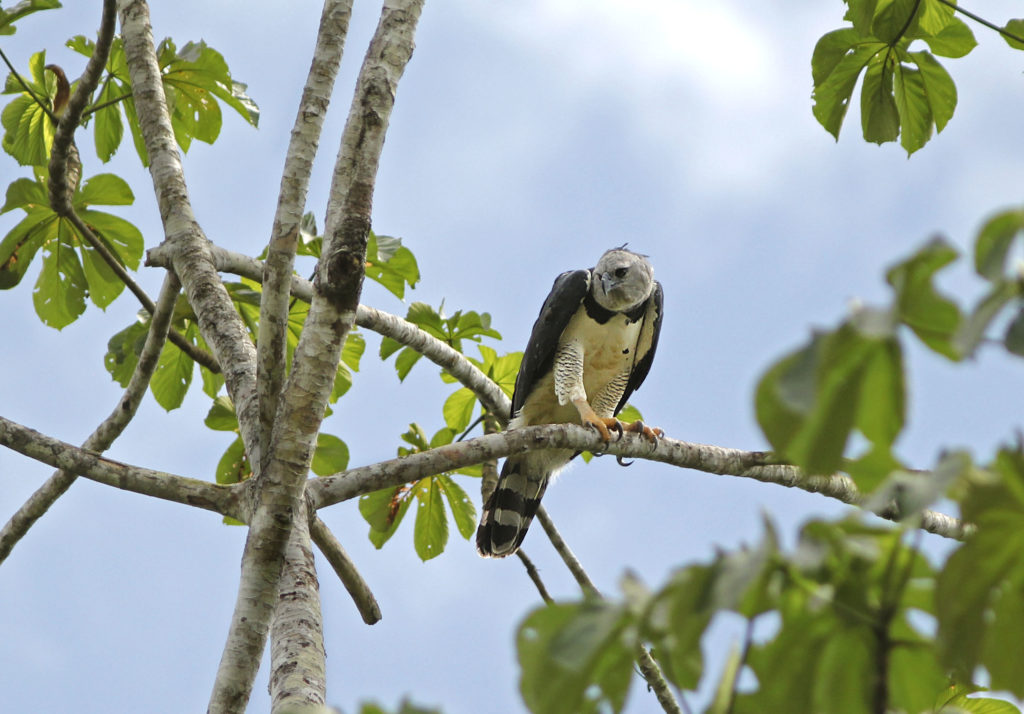 Already hard to spot in the wild due to hunting and habitat loss, the harpy eagle population has plummeted in many countries of Central America.  An obstacle to its recovery is its slow reproductive rate: the eagle generally breeds every two to three years, with a single offspring per nesting effort. 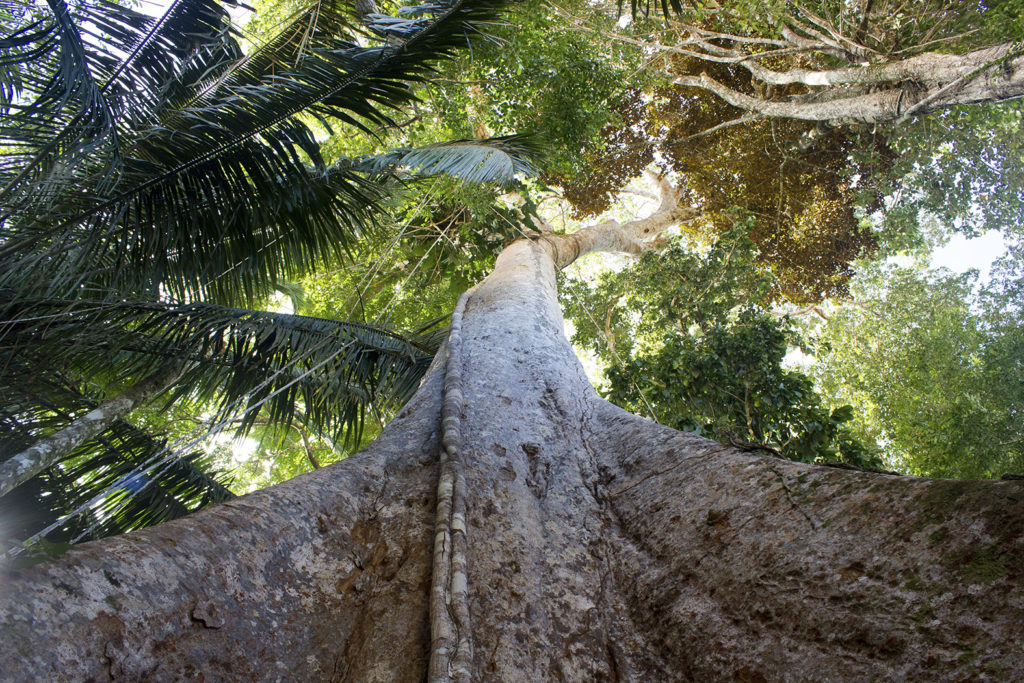 A single shihuahuaco (Diptheryx micrantha) tree might sequester a third of all carbon stored in a hectare of primary forest. PC: Gianella Espinosa – Arbio

The shihuahuaco, meanwhile, is an emergent tree of the canopy that can reach a height of over 50 meters. It is patchily distributed in South America from Colombia to Bolivia. Shihuahuaco seeds and fruits are a source of food for species such as bats, agoutis, macaws, and hawks.

The slow-growing shihuahuaco can take centuries to reach its maximum height. Though not classified as endangered, it is critically threatened by logging and deforestation. In Peru, due to its hard wood and resistance to rot, the shihuahuaco is one of the most exported timber species, both legally and illegally.

Deforestation is the two species’ common destroyer: it has decreased the availability of prey and nesting sites for the eagle, while reducing disperser populations and suitable habitat for the shihuahuaco.

In a forest, the absence of large predators is associated with decreased tree diversity. The harpy eagle helps controls the presence of herbivores and thus enables many tree species to propagate. While standing, the shihuahuaco is an ecologically important species due to its broad buttresses that give structural integrity to the forest; when it falls, it leaves large gaps, facilitating successional forest growth. Further, because of the large amount of carbon a single shihuahuaco tree can store, it is a key species to fight the effects climate change. 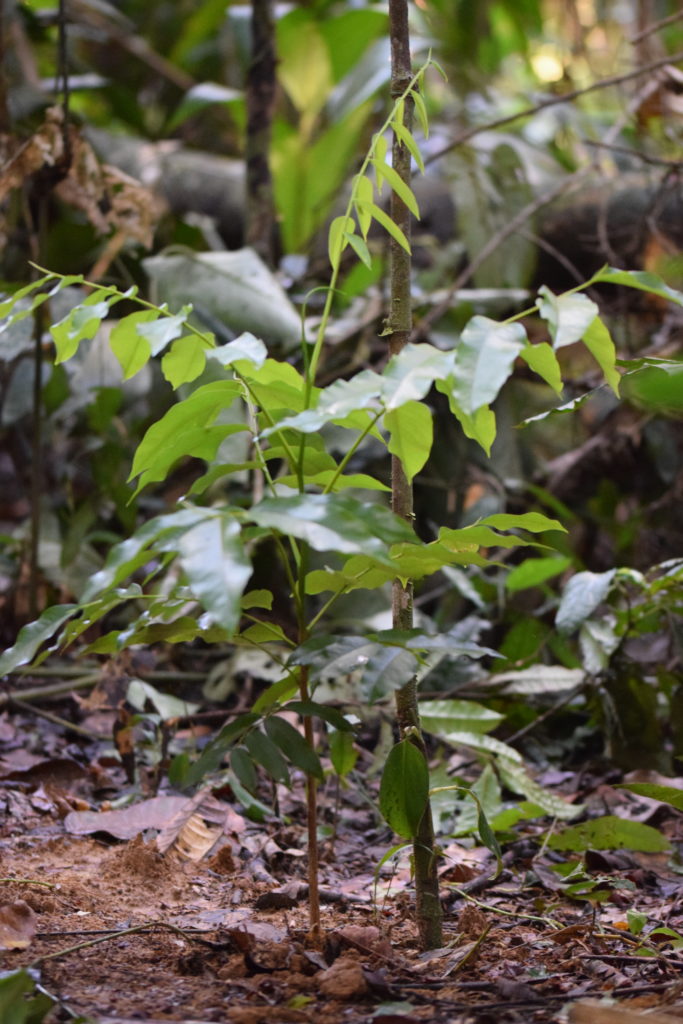 One of the many shihuahuaco (Diptheryx micrantha) seedlings being planted throughout the station. PC: Arianna Basto

Because of its great size, for nesting, the harpy eagle depends on emergent trees of the canopy, one of the most important being the shihuahuaco. Locals and researchers have described the close relationship between these two species. Notably, eagle nests built on shihuahuaco branches will serve for more than one reproductive season.

At Los Amigos, we are planting over a hundred shihuahuaco seedlings. Eventually, the shihuahuaco will be a common sight here… and, with luck, so will the majestic eagle.