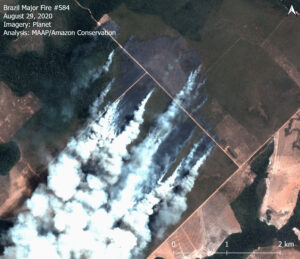 Of these, 88% (569 major fires) occurred in August,* and all were illegal, occuring after the burning moratoriums established in July.

Also in August, we saw the sudden appearance of “Forest Fires,” defined here as human-caused fires in standing forest. We detected 82 forest fires in August, which now account for 13% of all the major fires.*

The vast majority of the major fires (79%) continue to burn recently deforested areas, defined here as areas where the forest was previously and recently cleared (between 2018-20) prior to burning.

In fact, over 1.1 million acres (453,000 hectares) of recently deforested areas has burned in 2020. Thus, the fires are actually a smoking indicator of the current rampant deforestation in the Brazilian Amazon.

The app has detected an additional 58 major fires in the Bolivian Amazon thus far in 2020. The majority of these (71%) have occured in savanna ecosystems in the department of Beni. 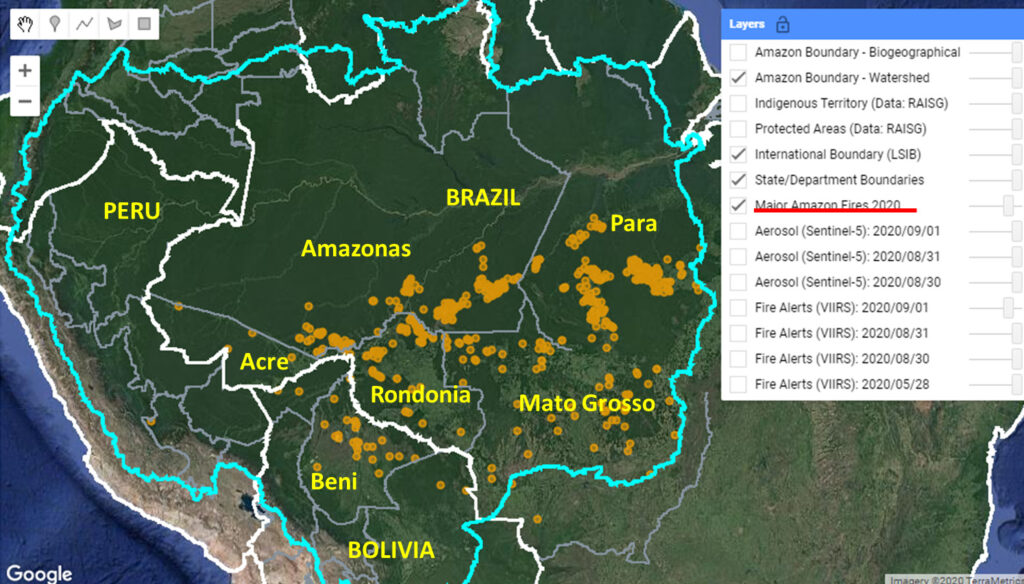 Data updated as of September 1, starting from the first major fire detected on May 28.

We detected 569 major fires during August in the Brazilian Amazon.

Prior to August, we detected only one forest fire, and that was on July 31.