The other major headline is that, although most fires continue to burn recently deforested areas, we are now seeing an increase in forest fires.

Our Real-time Amazon Fire Monitoring app has detected 504 major fires in the Brazilian Amazon as of August 24 (starting from the first major fire detected on May 28). 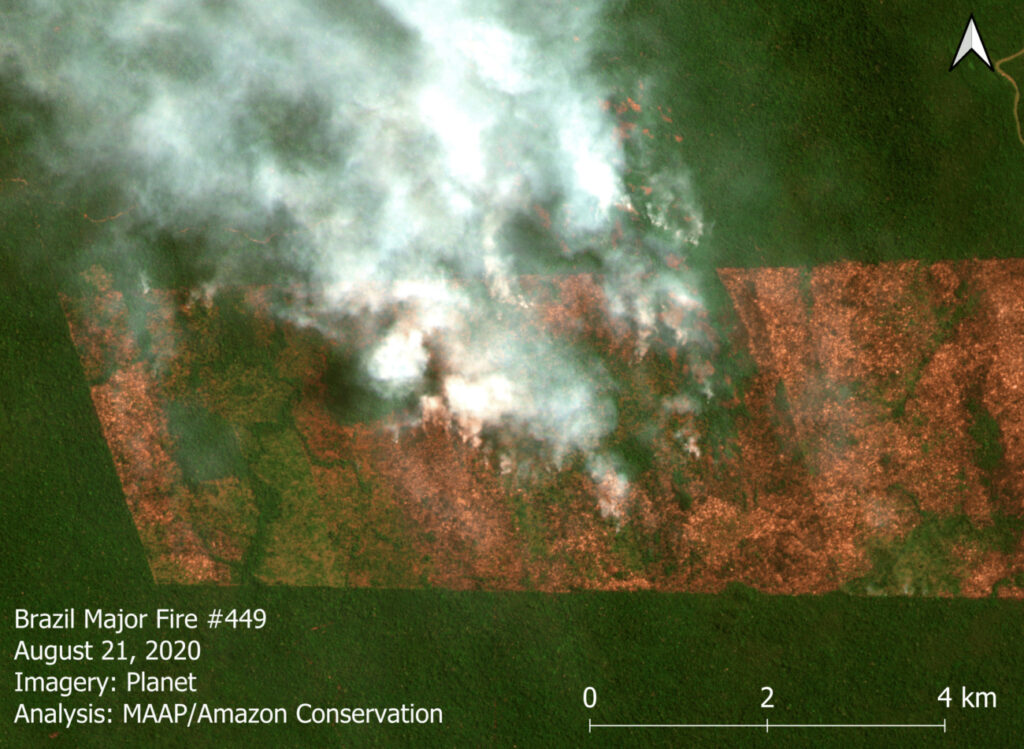 Some striking stats about this year’s major fires:

The Base Map is a screen shot of the app’s “Major Amazon Fires 2020” layer. The majority of the major fires in the Brazilian Amazon have been in the states of Pará (42%) and Amazonas(31%), followed by Mato Grosso (13%) and Rondônia (13%). Note we are also now seeing an increase in major fires in the Bolivian Amazon, particularly savannah fires, and that will be the subject of a future report. 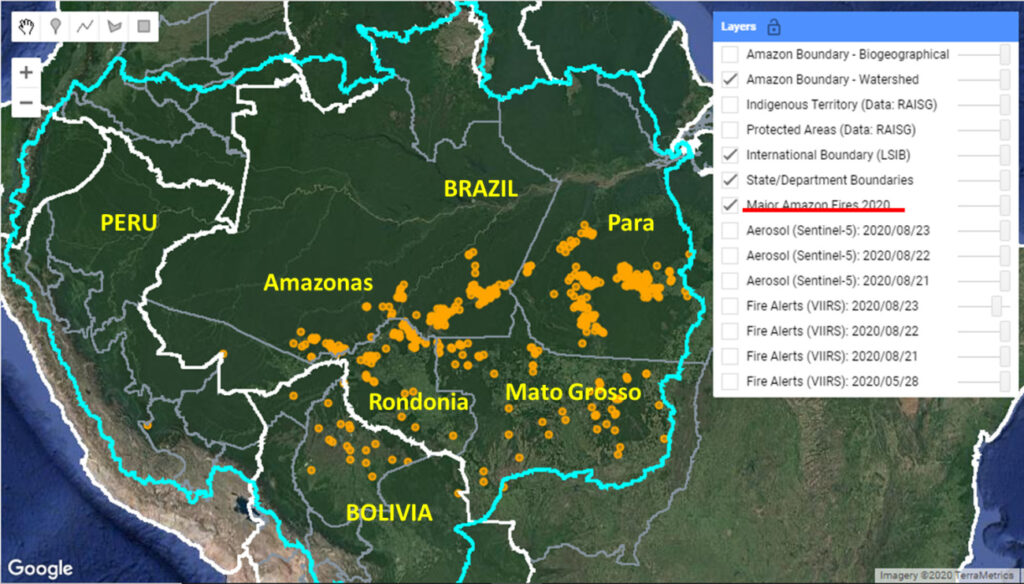