AmazonTEC 2021:
Technology, Innovation and Empowerment for an Amazon in Crisis

In this 2021 edition, the event was be held virtually with five interactive webinars.

Climate, Technology, and the Future of the Amazon

Ahead of the UN Climate Conference (COP26), participants discovered the answer to key questions surrounding climate and the world’s largest rainforest:

Is the Amazon truly moving from a carbon sink to a carbon source? How are protected areas and indigenous territories faring as key measures for combating climate change? How is climate change affecting Amazonian species and local people? What climate mitigation, adaptation, and resilience measures can be built to create a stronger Amazon? 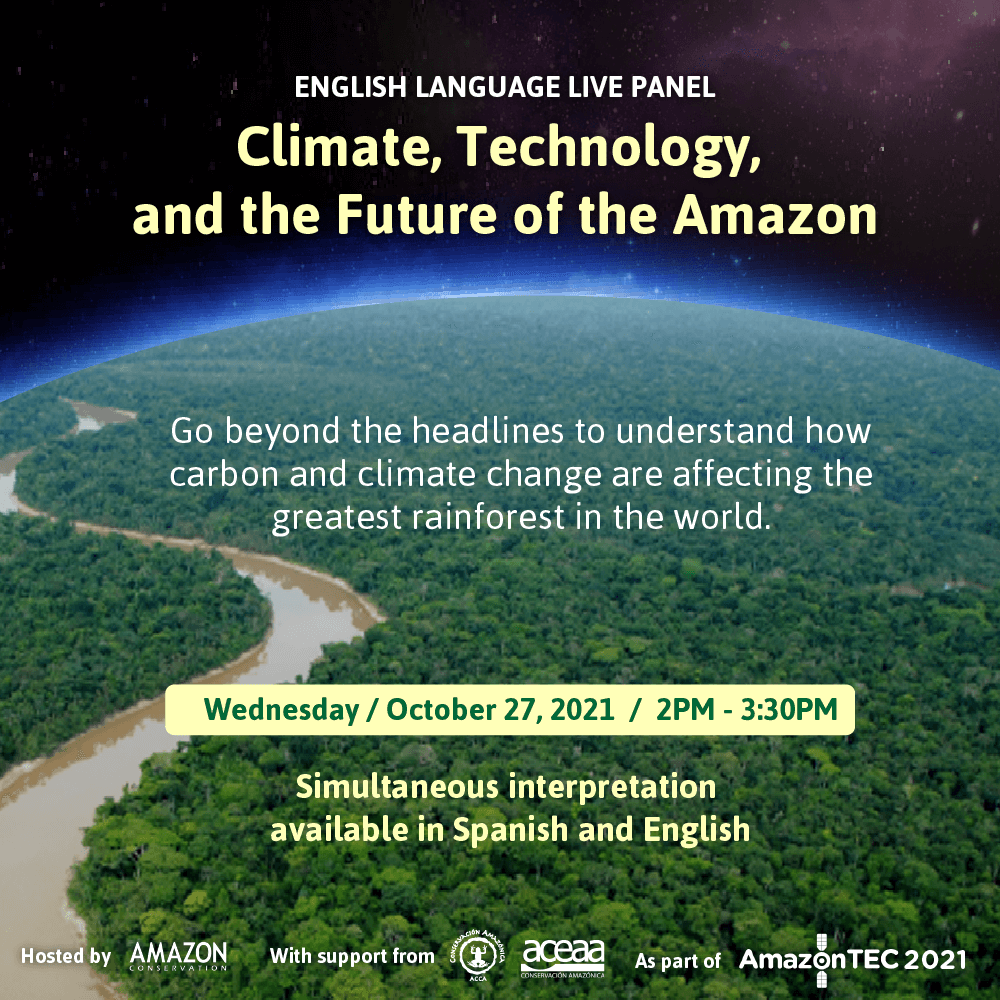 Panel Presentations: What science and technology
are telling us about carbon and climate in the Amazon 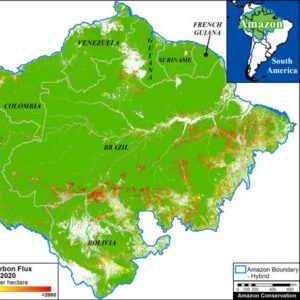 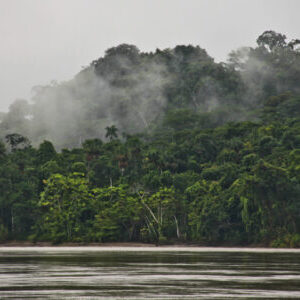 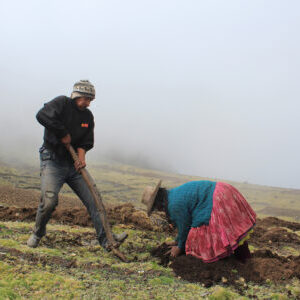 John Beavers is the Executive Director of Amazon Conservation and is responsible for its overall leadership and management. John has spent his career focused on conservation in Latin America ranging from on-the-ground conservation in the Maya Forest of Guatemala, Belize and Mexico to strengthening conservation organizations across Latin America. Prior to starting with Amazon Conservation in 2019, he spent seven years leading Audubon's international conservation efforts to protect key bird habitats and biodiversity in Latin America and the Caribbean. While there, he launched Audubon’s first international conservation strategy to guide Audubon's efforts outside of the United States, and developed and led innovative projects, including a $2.6 million bird-based-tourism partnership with the Inter-American Development Bank (IDB), and a regional climate plan that linked conservation organizations across 12 countries. Previously, he worked for seventeen years with The Nature Conservancy in Latin America, and lived in Guatemala where he led the Conservancy’s Guatemala and Central America Programs and helped lead national level conservation finance and policy actions, including a $24.4M debt-swap between the Guatemalan and US Governments. John has a Master’s degree from the University of Massachusetts, Amherst in Natural Resource Economics and an undergraduate degree in Political Science from Rutgers University.

Manuel Pulgar-Vidal is the Leader of the Climate & Energy Global Practice of World Wild Fund for Nature International. As the former Minister of Environment of Peru, he has a long history of supporting conservation in the Amazon, including as President of the UN Climate Convention’s Twentieth Conference of the Parties (COP 20).

David is a GIS Research Associate in Global Forest Watch (GFW). Although he works on a variety of research projects, his primary focus has been on how forests store, emit, and sequester carbon globally. Related publications include creating a global model of greenhouse gas emissions and sequestration by forests from 2001 to 2019 at 30-meter resolution, and globally mapping potential rates of carbon sequestration from forest regrowth. David has also contributed to the New York Declaration on Forests annual progress assessment—which tracks global progress in stopping deforestation—since 2018. He is now starting to work on tracking forest fragmentation using remote sensing.

Carmen holds a PhD in Biological Sciences with a specialty in vegetation and biogeography. Her experience lies in producing and managing information on biodiversity to support its planning processes, management and conservation policies. Carmen handles methods and products for classification, mapping and evaluation of ecosystems at the national level and throughout Latin America. She has experience with georeferenced tools for evaluating the adaptation of ecosystems to climate change, quantitative analysis of threats and monitoring of conservation objectives.

Trained as a biologist with a Master’s in Tropical Biodiversity Management and Conservation and an MBA specializing in project management. Marcos has a range of experience in research topics relating to biodiversity, ecology, natural resource management, and managing conservation spaces, as well as writing, monitoring, project evaluation and management, interdisciplinary group management, and strategic planning. He has been a part of and led multi-disciplinary working groups that have participated in planning programs and projects, biodiversity research, and natural resource management, the product of this collaborative work resulting in the publication of various scientific articles in national and international magazines. Marcos is also a member of several research networks as well as national and international forest management networks. Much of his professional experience comes from work related to indigenous territories and protected areas in the Bolivian Amazon, where he has coordinated and led various programs and projects that generated information and tools to strengthen the management of these territories. Currently, Marcos is the Executive Director of ACEAA and, along with a solid multidisciplinary team, moves forward actions and strategies that promote the conservation of one of the most important macroregions in Bolivia: the Amazon.

AmazonTEC features four Spanish-language sessions on a variety of topics related to science, technology, conservation, and forest governance on October 19, 21, 26, and 28. 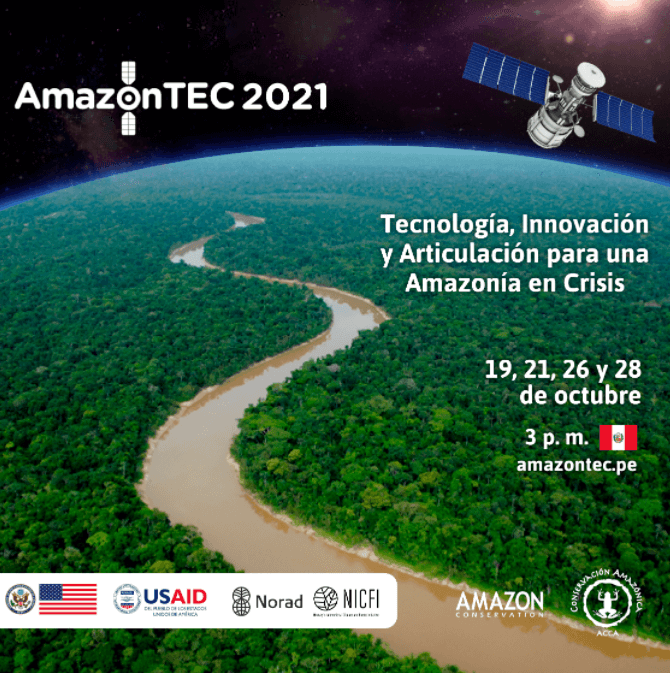 Want to attend AmazonTEC 2021 or other events about science, technology, governance, and conservation?