September shot up to an average of 53 major fires per day across the Brazilian Amazon, up from 18 in August (and 2 in July).*

The Base Map shows major fires scattered across the Brazilian Amazon in relation to the huge fire complex to the south in the Pantanal, as seen in our novel real-time fire monitoring app from early September. 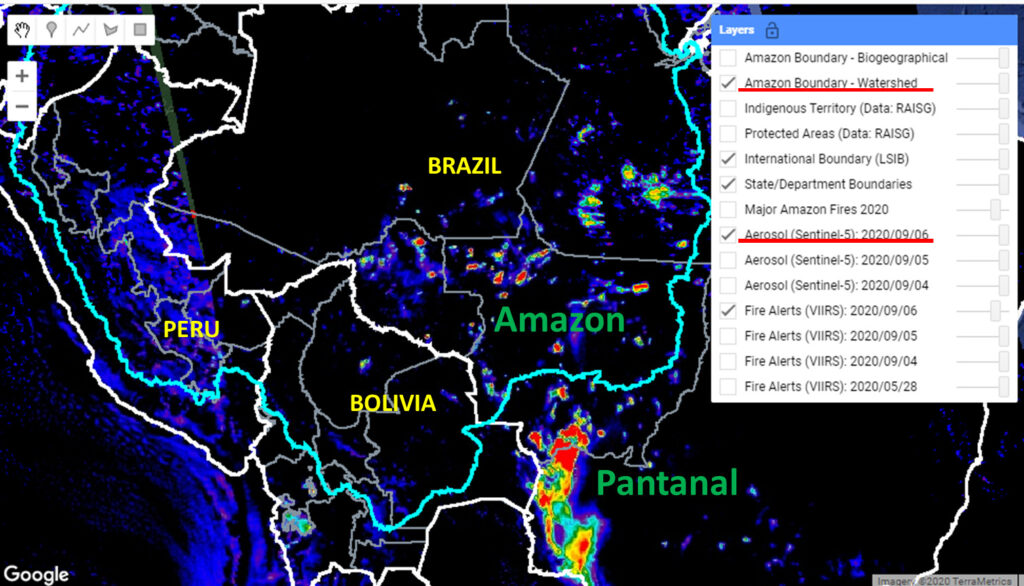 Red indicates the most intense fires burning the highest levels of biomass.

Overall, we have now detected 963 major fires this year in the Brazilian Amazon with the app.

Also noteworthy is the major spike in Amazon forest fires, defined here as human-caused fires in standing forest. Forest fires now account for a striking 27% of all major fires, up from 13% in August (and 1% in July).

The majority of the major fires (66%) continue to burn recently deforested areas, defined here as areas where the forest was previously and recently cleared (between 2018-20) prior to burning. 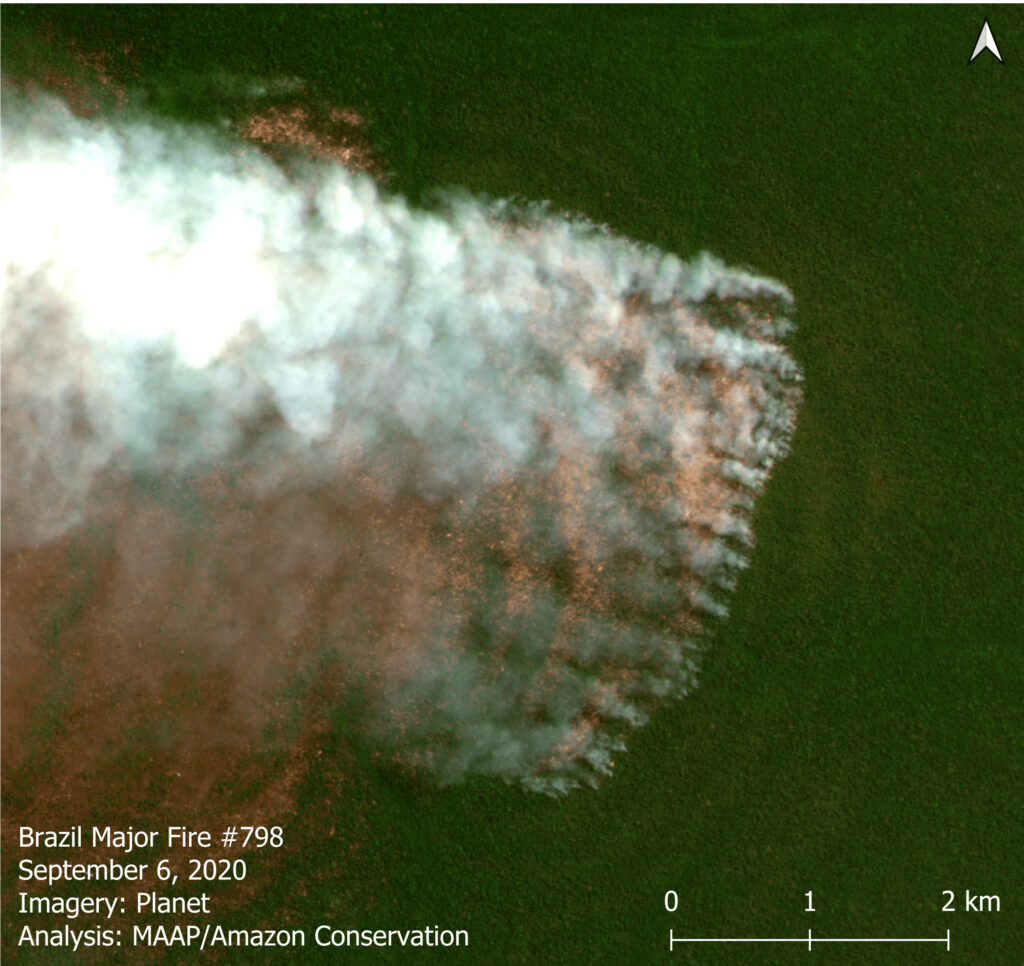 Thus, most of the fires are actually a smoking indicator of the current rampant deforestation in the Brazilian Amazon. 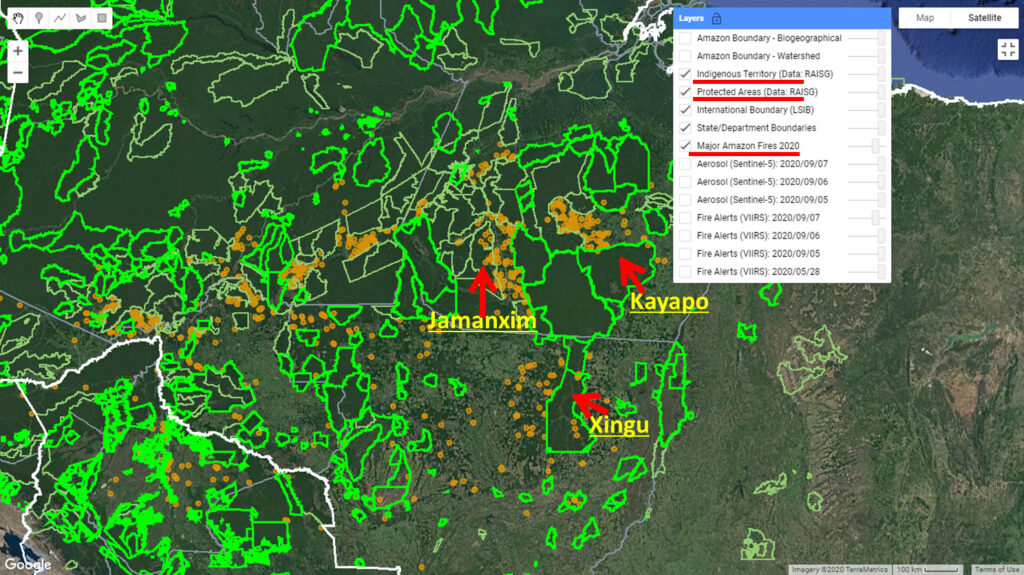 Data updated as of September 7, starting from the first major fire detected on May 28.

We detected 569 major fires during August in the Brazilian Amazon.

Prior to August, we detected only one forest fire, and that was on July 31.