From Trailblazing Environmentalist to Fighting Blazes in the Amazon: The Story of Ana Carola Vaca Salazar 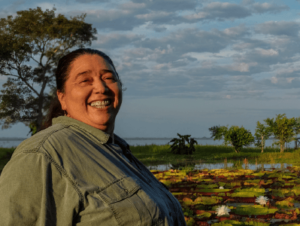 When Ana Carola Vaca Salazar started her journey to becoming the first female Secretary for the Environment in the Bolivian department of Beni, she wasn’t even allowed to go to school for her dream job. She wanted to be a park ranger in the Amazon, but she recalls that at the time in Bolivia, “I had to go to university to study as a ‘ranger technician’, because women were not allowed to be park rangers.”

After she began working in the field in 1996, she found her peers had low confidence in her ability, as a woman, to fulfill certain ranger duties, such as dealing with an illegal actor committing unauthorized deforestation or initiating legal processes. Ana Carola spent five years as the sole woman on the team, working to convince people that she, and women in general, could do the same duties as anyone else. “I had to prove that I was better than any other teammate, so that they could accept that I can achieve things too…women had to be better than men at work so that we were accepted equally.” With her perseverance, she became the first female park ranger in the country.

Years later, she now boasts 25 years working in Bolivia’s National System of Protected Areas and is the department of Beni’s Secretary for the Environment. “My work is one thing that I’m very proud of,” she says. “And I think that my time as a park ranger has been the best thing that has happened in my life.”

Fires in the Amazon Savannas 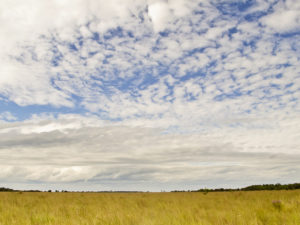 Though Bolivia is not as well known as an Amazonian country, in reality, more than half of its total land area (54.2%) is covered by tropical forest. In its lowland Amazon, rainforest cover clocks in at a massive 147.3 million acres (59.6 million hectares).

The Beni savannas in the Amazon – the region where Ana Carola works – are the third largest complexes of savannas in South America and boast 5 unique habitats: savanna, treed savanna, forest islands, gallery forests and marsh wetlands. Due to seasonal rains and water melting off the Andes, the area is subject to flooding, which creates conditions responsible for the region’s signature forested islands.

But during other times of the year savannas, wetlands, and swamps can dry up, which creates a dangerous cache of flammable organic material. Additionally, the winds that blow in from the north are much more intense because the savannas are flat. “A bit of wind, a lot of fuel and a small spark–it’s explosive,” warns Ana Carola. “The organic material, the litter created in the swamps, wetlands, and the pampas is what makes fuel that’s very easy to burn, and that is the most vulnerable part.”

The burning in the Amazon has already started, and we’ve detected more than 1,000 major fires so far this fire season. While most of the blazes are in Brazil, Bolivia comes in second for the amount of major fires in Amazonian countries. Vulnerable areas that have already seen significant burns include the Beni and the Bolivian Chaco.

Ana Carola recalls an especially intense incident when someone set ablaze their own deforested land, and the resulting fire ended up destroying the surrounding forest. “We didn’t even know until dawn the next morning. The south wind began to turn and instead of continuing onto the farmer’s land, the flames blew over to the pastures of Porvenir, which are one of the few pastures of natural pampas in the Beni that we conserve. And the fire ripped through the earth relentlessly. For nearly ten days, we had to put all our effort towards fighting its onslaught, but regardless, about five thousand hectares of what were savannas and forests of mountain islands were destroyed.” 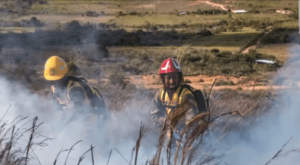 Despite the government’s efforts to equip their firefighting teams, they still lack essential supplies for their ranger corps to effectively fight fires this season, as local communities and municipalities are extremely underfunded.

Ana Carola explains that they need a monitoring system that tracks heat sources so they can quickly determine where the fires are, but most importantly, what the fire brigades need is firefighting equipment. In some parts of the Beni region, local fire brigades don’t even have access to water for fighting fires.

See how you can help Ana Carola and the firefighters in the Beni combat the fires here.