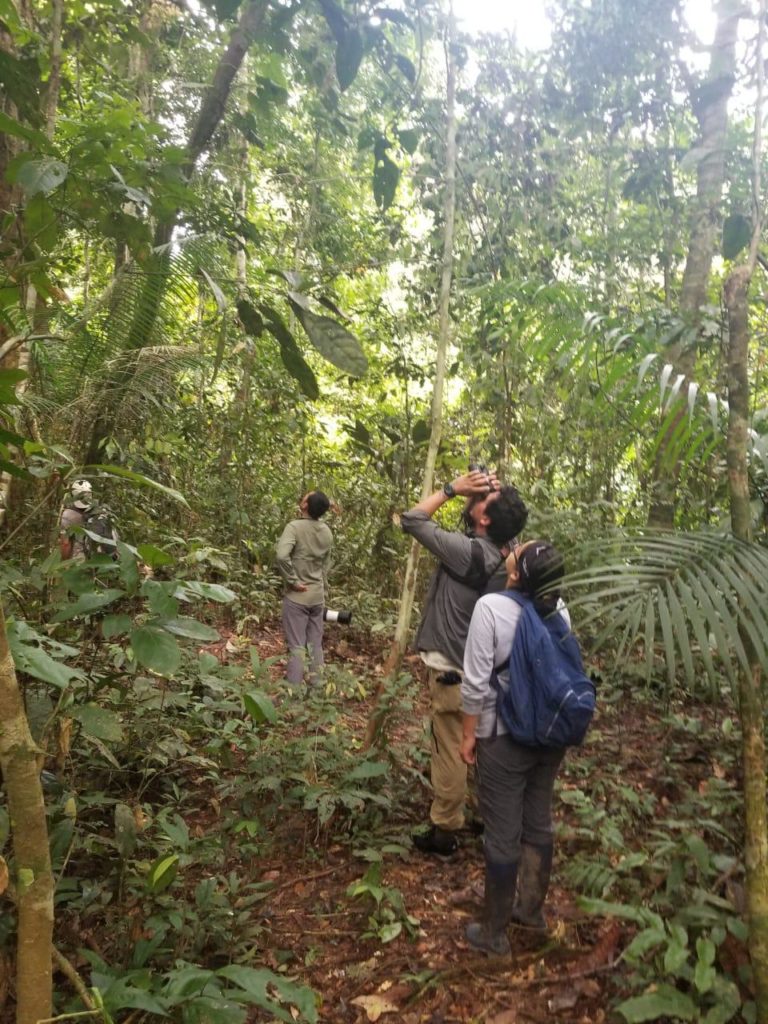 Exploring the trails of the station

The Global Big Day (GBD) is a date in which amateurs and experts in birds from around the world seek to see the greatest number of species in their locality. However, it is not only a date in which healthy competition between countries is observed, but also a great opportunity to educate about the diversity of birds worldwide. Like every year, at Los Amigos we were eager to participate in this event and give our best.

At the station, three bird guides from the regions of Madre de Dios and Cusco led this year’s GBD. Jose Luis Avendaño, Percy Avendaño and Cesar Bollatty have more than 20 years of experience touring Peru, including numerous visits to the station. Their knowledge of the species in the area and the station was key to end the day with a total of 331 species sighted, a new record for the station in a GBD.

On May 4, at 4:30 in the morning we were already on the trails in search of the most nocturnal species. Among them we recorded the Crested Owl (Lophostrix cristata), the Long-tailed Potoo (Nyctibius aethereus) and the Ocellated Poorwill (Nyctiphrynus ocellatus). The search for the various species of the station continued until 3:30 in the afternoon, when a heavy rain caused the forest to be silenced and we had to stop our search. After eleven hours of intense search, we are the second group with the most species sighted in Peru!

Although we could not spot species such as the Pale-winged Trumpeter (Psophia leucoptera) and the Cocoi Heron (Ardea cocoi), species commonly sighted in Los Amigos, we managed to spot other species not so easily observed in other places. The Pavonine Quetzal (Pharomachrus pavonivus), the Great Jacamar (Jacamerops aureus), the Royal Flycatcher (Onychorhynchus coronatus), the Spangled Continga (Cotinga cayana) and the Bar-bellied Woodcreeper (Hylexetastes stresemanni) are among the rare species that we spotted during this event.

The Global Big Day 2019 was a great day for Los Amigos. Everyone who participated had a great day, enjoying the diversity offered by the station and always learning a little more. I’m sure the birders around the world enjoyed May 4th as much as we did at the station!