Apolo is the second largest municipality in the Bolivian department of La Paz and overlaps with nationally important protected areas, including the Madidi National Park (7,320 sq mi, 18,960 sq km) and Pilón Lajas Biosphere Reserve. Our sister organization on the ground in Bolivia has worked with this community since 2015 to protect critical water sources for local communities. This past month, Carlos De Ugarte, the Coordinator for Conservation Areas, presented a webinar with several highlights on the most recent phases of this incredible project, including the cultivation of 18,500 seedlings since 2016 and reforestation of over 3,000 trees.

Apolo has been highlighted by the Bolivian Ministry of Environment and local communities as a conservation priority due to the Paramarani mountain range located in its central region. Eight indigenous communities, including Apolo with its 6,000 inhabitants, depend on the Paramarani mountain range for their water supply, so protecting this area means preserving the environmental services this hydrological system provides. Thus, we implemented key conservation initiatives such as the reforestation of degraded areas, installation of protective fencing, training to combat forest fires, and the strengthening of local water committees. 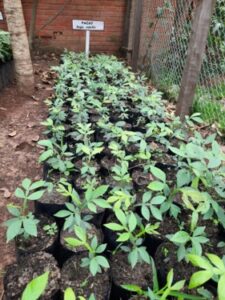 To begin, local community partners and our team planted over 3,000 native plant species in the areas of concern, because reforestation helps increase the absorption of water to the ground which regenerates water sources and springs. Additionally, the presence of more plants reduces soil erosion as well as reduces contamination. Seedlings were cultivated in the Madidi National Park nursery, where we have raised nearly 18,500 seedlings since 2016. Between 2019 and 2020, over 1,000 species were planted around the Paramarani mountain range, and in 2021 over 2,000 were installed. This included reforestation with agave, 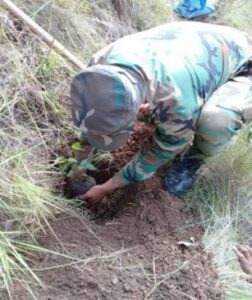 which was carried out as a fire protection strategy because mature agave plants are notably tolerant to droughts.

Lastly, our team assisted in governance strengthening initiatives, helping expand the Apolo Municipal Water Management Platform to ensure that this water management work is continued. In 2018, this coalition included eight out of the nine communities of Paramarani and the local government. In 2019, it expanded to include seven communities of Altuncama. The communities’ Statutes and Regulations of the Water Committees were also updated, and the team helped manage community requests made through the platform.

Efficient management of this protected area is extremely important to make sure critical water sources stay protected. This project has helped preserve an important hydrological system and its environmental services, supporting both the communities and wildlife that call the Paramarani mountain range home.