Forests are key for our survival as a species.

Keeping forests standing is crucial for a healthy planet and affects our daily lives without us knowing it.

Why Forests Matter to Us All

How We Are Keeping the Amazon Protected

Creating a model for creating protected areas with the purpose of conservation: Conservation Concessions

In 2000, we created the 360,000-acre Los Amigos Conservation Concession, the first of its kind in the world, and have been successfully managing it since then.

This model of conservation has been successfully applied elsewhere in the region and around the world, helping remove the financial and operational burden of land management from strained governments. 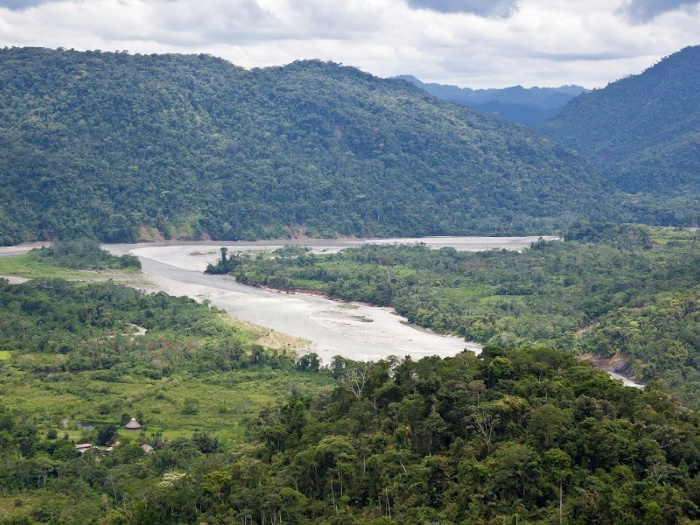 Creating conservation corridors to connect forests and ensure their health

We protect landscapes with an eye toward the big picture of connecting tracts of protected areas over time, magnifying our impact for biodiversity conservation.

By doing so, we ensure animals can move across uninterrupted patches of tropical forests, which is vital for species preservation and a healthy forest. 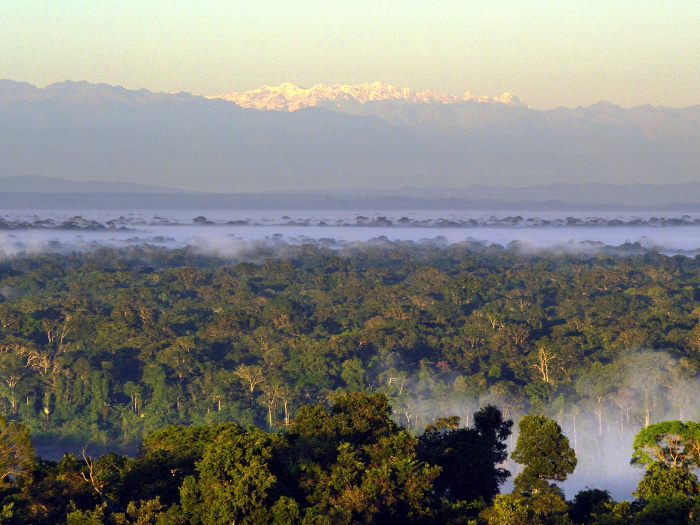 Directly protecting forests is at the core of all the conservation efforts we do.

We focus on identifying, creating and caring for parks, reserves, and other types of conservation areas.

We work with governments, individual landowners, indigenous communities, and others to build a network of protected lands in Peru and Bolivia, creating a living conservation mosaic. 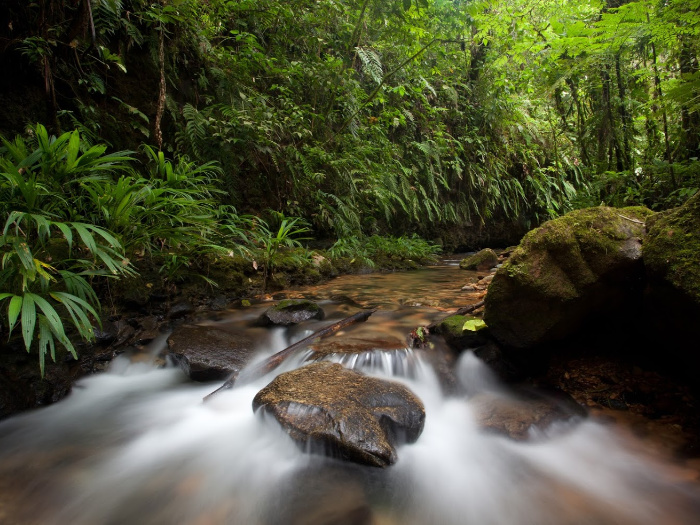 Amazon Conservation has reforested degraded lands with over 250,000 trees to date, most through community-based reforestation projects in the Manu National Park buffer zone.

We prioritize reforestation with native species, which help restore ecosystems and ensure continued provision of ecosystem services, such as carbon sequestration, water regulation, and soil conservation.

Our reforestation model is linked with a holistic approach to strengthening community land management, including territorial planning and reclaiming ancestral agricultural practices. This both improves long-term durability of conservation outcomes and increases household incomes. 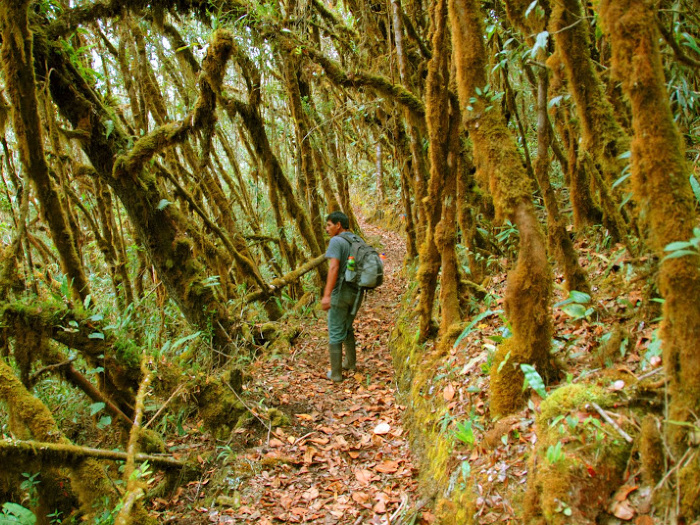 Stopping threats to forests using the latest in science and technology

We defend the forests which cannot defend themselves.

By using cutting-edge technology like satellite imagery, radar, drones, and camera traps through our MAAP Project and our Southwest Amazon Drone Center, we are able to find, track, and expose deforestation happening on the ground in near-real time.

This enables us to alert the public and local authorities to mobilize and stop deforestation before it gets to a point of no return.

Providing a central hub for scientists to study the Amazon

Our research stations in Peru and Bolivia offer premier facilities in strategic locations of the Andean Amazon’s altitudinal gradient that allow scientists to conduct short-term and long-term studies on the ground.

These studies contribute to the global scientific community, raise awareness about tropical ecology and conservation, and inform our conservation decisions.

What is a Conservation Concession?

Conservation concessions and conservation corridors are critical to protecting forest cover and biodiversity across the southwestern Amazon.

This groundbreaking concept– a “conservation concession” – facilitates the participation of private organizations in achieving national biodiversity conservation goals by entrusting the long-term protection of publicly-owned land to not-for-profit institutions in exchange for investments in conservation and sustainable development.

Conservation concessions are essential tools for environmental protection and we’re working with our sister organizations to create concessions throughout the Amazon rainforest.

What is a Conservation Corridor?

Conservation corridors provide freedom of movement for animals and allow for biodiversity and the ecological and evolutionary processes.

A conservation corridor is a native wildlife habitat that is undisturbed by human activity that joins larger areas of similar wildlife habitat.  These corridors are critical to maintaining the natural ecological process, allowing the movement of animals throughout their natural space.

The last unprotected stretch, a north-south corridor that crosses the Interoceanic Highway to the Malinowsky River, will protect over 518,920 acres (210,000 hectares) of tropical forest. ACA’s Los Amigos Biological Station (CICRA), one of the most productive research stations in the Amazon basin, is located here.

Castaña Corridor: from Las Piedras River in Peru to Manuripi National Reserve in Bolivia. The Castaña Corridor incorporates much of ACA’s earlier conservation efforts to develop the first Brazil nut concessions in Peru. We currently provide technical support and training to more than 420 families in northern Madre de Dios and several in the buffer zone of Tambopata National Reserve. These concessions cover 875,998 acres (354,504 hectares) of primary forest along the Interoceanic Highway.

The Castaña Corridor also protects the habitat of keystone species like jaguars in the Las Piedras River basin.

Climate change is expected to force species to migrate to higher elevations, and this corridor will provide a refuge for a genetically diverse population of plants and animals.

In Peru, as in other countries in Latin America, a substantial portion of the land is publicly owned. Although national conservation policies may contemplate the protection of these areas, governments frequently lack the human and financial resources to implement effective on-the-ground actions.

Amazon Conservation negotiated with the Peruvian government to develop a new way to help protect forests under state control. In Peru, the contracts are perpetually renewable, given for 40 years initially and subject to an evaluation of compliance every 5 years.

Today, the Los Amigos Conservation Concession protects the watershed of the Los Amigos River and 360,000 acres of old-growth Amazonian forest in the department of Madre de Dios in southeastern Peru.

Los Amigos is home to a remarkable diversity of plant and animal species. Bordering world-famous Manu National Park to the east, the Los Amigos watershed forms part of a 20 million-acre block of protected wilderness in southeastern Peru.

The landscape is a mosaic of terrestrial and aquatic habitats, including palm swamps, bamboo thickets, oxbow lakes, and various types of flooded and non-flooded forests. Wildlife is abundant, including 12 globally threatened species and abundant Amazonian fauna including giant otters, harpy eagles, spider monkeys, and jaguars. The area contains 13 species of primates. By way of comparison, all of Costa Rica holds only four.

Our ongoing management of the Los Amigos Conservation Concession will:

ACA thanks the International Conservation Fund of Canada (ICFC) for their generous support to create and grow an endowment fund that provides funding for the management of Los Amigos Conservation Concession.

Haramba Queros is an indigenous community of the Wachiperi ethnicity living in the lush rainforests in the foothills of the Andes mountains, located 4 hours east of Cusco, Peru. They depend on their forest homeland for food, shelter, traditional clothing, and natural medicines.

It provides a buffer against the impacts of climate change, secures the Queros’ water supply and source of medicinal plants, sustains their access to forest products, and helps the community maintain its cultural traditions. These forests also serve as an ecological buffer zone for the world-renowned Manu National Park.

Amazon Conservation and its Peruvian sister organization, Conservación Amazónica-ACCA, provided technical support to the Wachiperi throughout the process of applying for the concession, creating its management plan, and seeking approval from the Peruvian forest service.

We continue to support the Queros community in their management and monitoring of the concession, as well as in the development of sustainable livelihoods activities, such as ecotourism and handicraft production, which help fund the management of the concession.

In Peru, SERFORdr is the national agency overseeing conservation concessions.

SERFOR is required by law to approve a technical proposal drafted by the applicant organization prior to awarding a conservation concession. Once the technical proposal is approved, the applicant prepares a management plan that includes an investment commitment. The award process involves substantial public consultations with local and regional stakeholders, including local communities, regional authorities, and the private sector.

The park ranger team at Los Amigos recently completed training in the use and management of EarthRanger, a software that aids protected area managers, ecologists, and wildlife biologists in making more informed operational decisions for wildlife conservation. EarthRanger will allow park rangers, or “promotores” in Spanish, to better monitor and stop environmental threats such as […]

Several weeks ago (on December 17, 2022), the Venezuelan government conducted a military operation against illegal mining activity in Yapacana National Park, located in the heart of the Venezuelan Amazon. This operation came just after a high-profile article in the Washington Post exposing the severity of the illegal mining within the park, including on top of the sacred Yapacana tepui […]

At 2022’s COP15 (the United Nations Biodiversity Conference of the Parties to the UN Convention on Biological Diversity) in Montreal, Peru announced the recognition of Los Amigos Conservation Concession as its first of two Other Effective Area-Based Conservation Measures (OECM), as part of Peru’s efforts to meet the goal set by the Biological Diversity Agreement […]