In previous reports, we have documented that oil palm is one of the deforestation drivers in the Peruvian Amazon (MAAP #41, #48). However, the full extent of this sector’s deforestation impact is not well known. 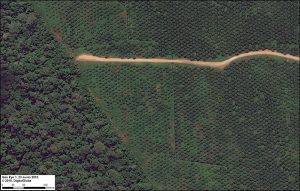 A newly published study assessed the deforestation impacts and risks posed by oil palm expansion in the Peruvian Amazon. Here, we review some of the key findings.

We first present a Base Map of oil palm in the Peruvian Amazon, highlighting the plantations that have caused recent deforestation. We then show two zooms of the most important oil palm areas, located in the central and northern Peruvian Amazon, respectively.

In summary, we document over 86,600 hectares (214,000 acres) of oil palm, of which we have confirmed the deforestation of at least  31,500 hectares for new plantations (equivalent to nearly 59,000 American football fields).

In other words, yes oil palm does cause Amazon deforestation, but not nearly as much as Asia.

In the Base Map, both yellow and red indicates the documented oil palm plantations, with red corresponding to those that caused deforestation.

The plantations are concentrated in the central and northern Peruvian Amazon (Ucayali, San Martin, Huánuco, and Loreto regions). 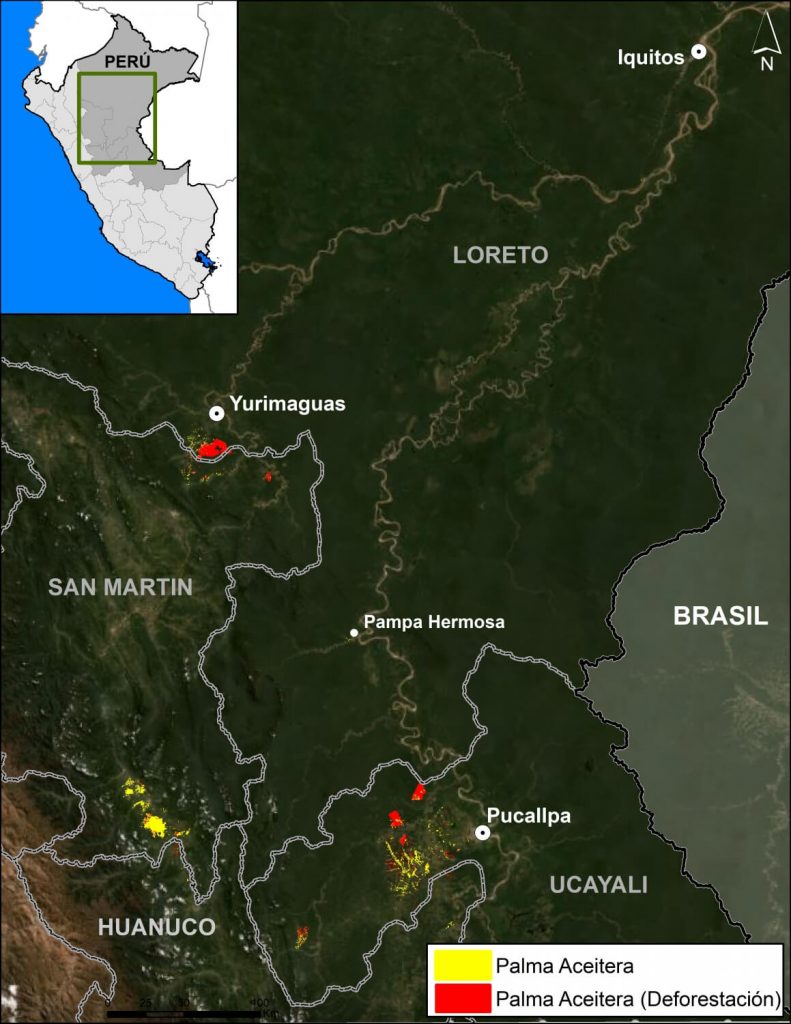 In the Base Map, as noted above, red indicates oil palm plantations that caused deforestation since 2000.

A satellite imagery time series analysis revealed that oil palm has directly led to the deforestation of at least 31,500 hectares (77,838 acres) since 2000.

This analysis is timely because the National Palm Oil Board of Peru (Junpalma) recently announced that “the producers have set their goal to reach 250,000 hectares of oil palm plantations by 2019, in order to cover the entire national market “(Source: Gestion).

For example, it is important to note that the Peruvian company Grupo Palmas several years ago proposed four new plantations that would cause the deforestation of 23,000 hectares of primary forest (see MAAP #64).

Clarification: It is important to note that, as indicated in MAAP #64 (case C), one of the most positive news stories in 2017 was that these 4 large-scale oil palm plantations were stopped before any deforestation event occurred. Grupo Palmas is now working towards a zero deforestation value chain and has a new sustainability policy, as indicated in that analysis. 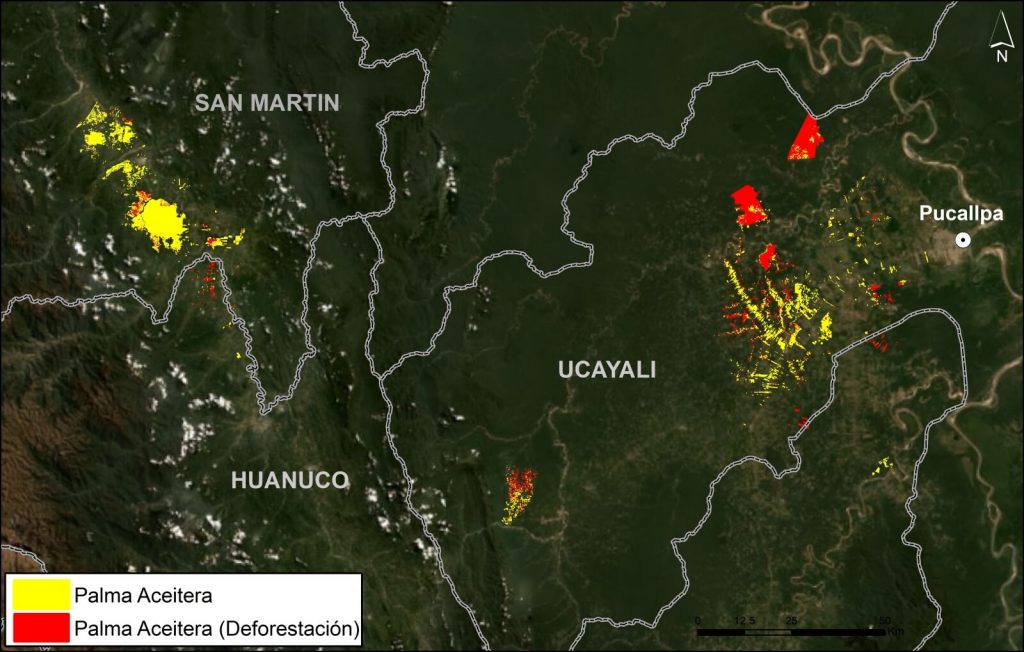 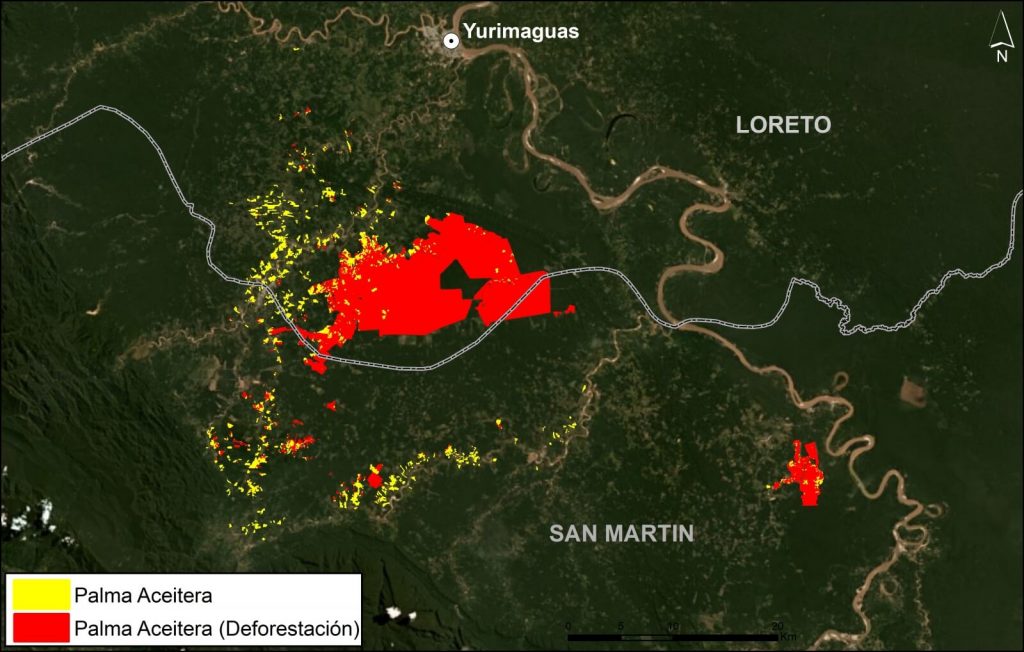 Vijay et al (2018) identified oil palm plantations within areas deforested between 2000 and 2015 based on visual analysis of very high-resolution (≤ 0.5 m) Worldview-2 and Worldview-3 satellite imagery (from 2014-2016) obtained from DigitalGlobe (NextView). The total oil palm identified from this source is 84,500 hectares.

We also included data for 2016-18 (as of September 2018) based on analysis of high (Planet) and very high-resolution (DigitalGlobe) satellite imagery by the MAAP team. The total oil palm identified from this source is an additional 2,123 hectares.