New sugarcane plantations have caused the deforestation of more than 6,175 acres (2,500 hectares) in the department of La Paz.

In MAAP #26, we presented a 2015 Deforestation Hotspots map for the Peruvian Amazon, which showed that the highest concentration of deforestation is located in the central Amazon region.

Here, we zoom in on one of these hotspots, located in the northern Huanuco region along its border with San Martin (see Inset E of Image 48a).* 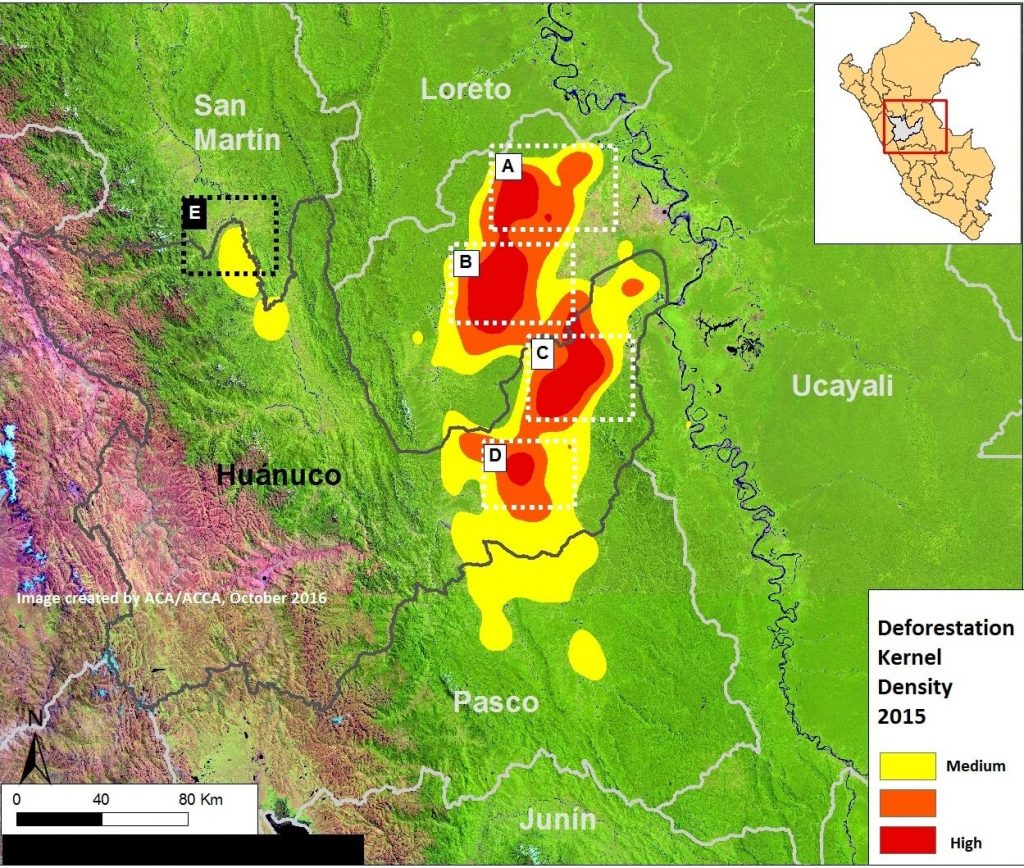 We found that the main deforestation driver in this hotspot was the establishment of small- and medium-scale oil palm plantations.**

** We defined small-scale as less than 5 hectares, medium-scale as 5-50 hectares, and large-scale as greater than 50 hectares

The Peruvian Amazon is experiencing an intense 2016 fire season due to one of its driest periods in decades. In recent weeks, we have presented a series of articles showing the power of the new GLAD alerts in detecting deforestation in near real time. Here, we go a step further and also evaluate alerts to detect fires in near real time. These fire alerts are based on the moderate resolution (375 meters) VIIRS sensor that detects heat sources and highlights areas where the temperature is significantly above normal.

We compared, for the first time, these two types of alerts and found a correlation between fires and forest loss along a stretch of the Interoceanic Highway in the southern Peruvian Amazon (Madre de Dios region).

Image 47a shows the occurrence of fire alerts (left panel) in relation to deforestation alerts (right panel) during 2016 along the highway between the towns of Iberia and Iñapari. Insets A-E indicate the areas highlighted in the high-resolution zooms below, where approximately 600 hectares were affected by fires in 2016..