Camanti: Turning a Former Mining Hotspot in Peru into a Recognized Conservation Area 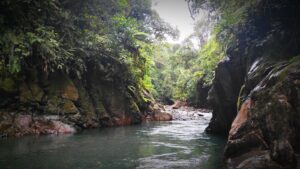 In 2019, we reported record high levels of gold mining deforestation in the southern Peruvian Amazon, with the Camanti area in the Cusco region representing one of the top three most threatened areas after La Pampa and Upper Malinowski. But this past week the protected area was officially established as the Camanti Sostenible Conservation Concession, which covers 38,172 acres (15,448 hectares).

The Camanti conservation area includes ecologically important cloud forest along a notable altitudinal gradient of 1,800 to 7,200 feet (550-2,200 meters) above sea level. As a result, it is home to unique plants and animals only found in small elevational ranges. Species found in the Camanti Sostenible area include the rare pacarana (Dinomys branickii) along with endangered and threatened species such as the jaguar, giant anteater, giant armadillo, black-and-chestnut eagle, and the Andean bear.

Because Camanti Sostenible borders the Amarakaeri Communal Reserve, the establishment of this area hinders the advancement of illegal mining that threatened indigenous communities in years past. At its eastern side is the 2.6 million acre Bahuaja Sonene National Park, while to the south and north are 172,800 acres of protected forests that we established in 2019 and 2020, the Ausangate Regional Conservation Area and Señor de la Cumbre. Thus, Camanti Sostenible adds to a mosaic of conservation areas, indigenous territories, and local forests that provide a corridor of forests necessary for species to ensure connectivity, functionality and ecological integrity in one of the most biodiverse areas of the world.

This recognition is possible thanks to the joint work of our sister organization on the ground in Peru, Conservación Amazónica – ACCA, the Camanti Sostenible Association, the technical team at the Forestry and Wildlife Administration of Cusco, and the valuable financial support of the Proyecto Amazonía Resiliente – SERNANP UNDP, and Andes Amazon Fund. 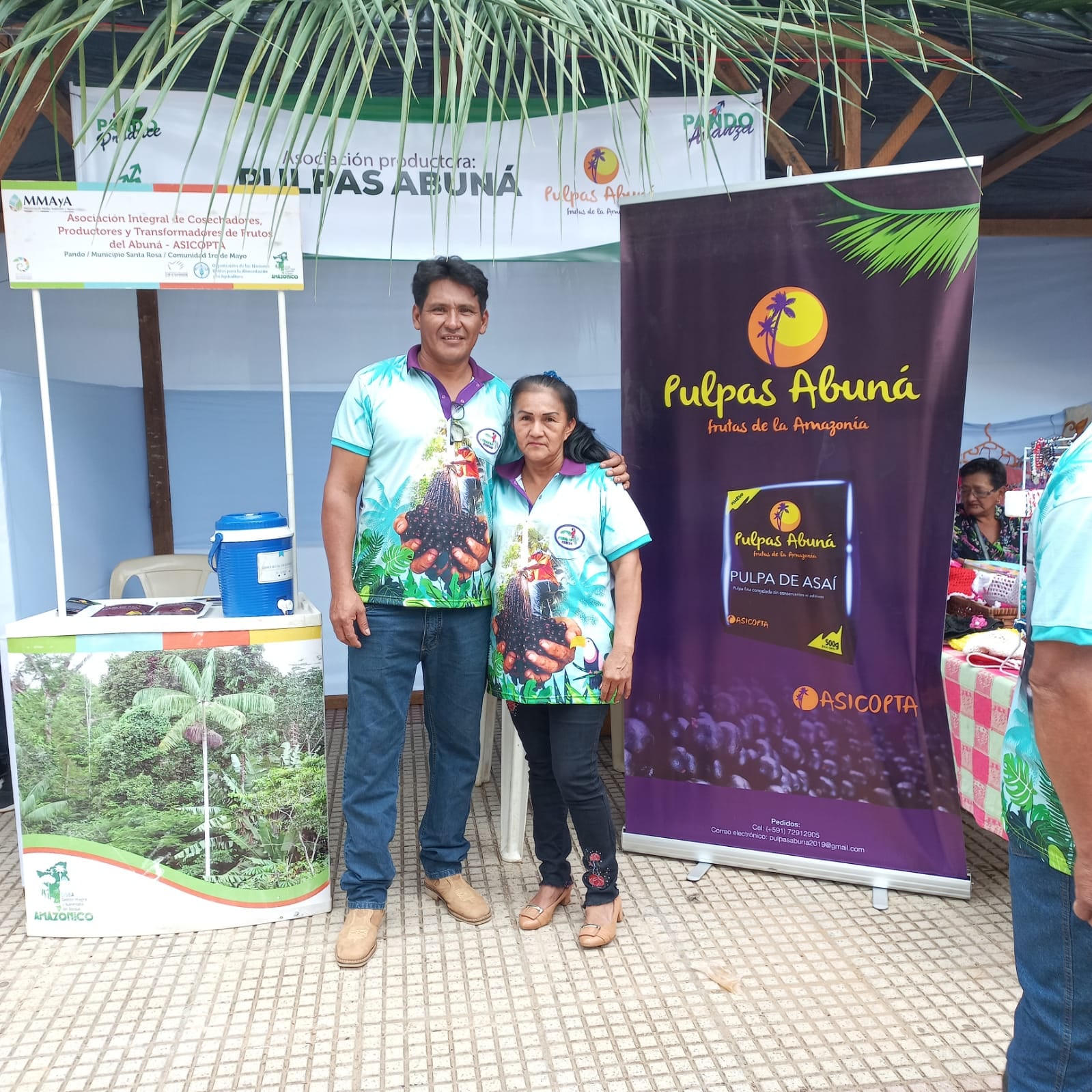 The season of açaí harvesting has begun in the Bolivian Amazon. To welcome its return our sister organization on the ground in Bolivia, Conservación Amazónica – ACEAA, celebrated at the department of Pando’s first annual Açaí Fair on April 13th.

We’ve been working to strengthen and improve açaí harvesting for many years now, as the collection of açaí and other forest products is a key conservation and community development strategy because it can only grow in healthy forests, not in large-scale plantations. Thus, utilizing and improving the harvest of this renewable forest resource provides economic value to keeping forests standing.

The event included an açaí collection demonstration with Robinson Nacimento, a seasoned harvester from the native community of Trinchera in the Bolivian Amazon. To collect açaí, harvesters must climb trees up to 65 feet high and then carefully cut and descend with heavy bundles of fruit of up to 15 pounds. This is not without safety measures, as Misael Campos, the president of the Federation of Açaí and Amazonian Fruits of Pando (FEDAFAP) noted, “He’ll be following the Federation’s standards and security measures, like safety harnesses that we developed with institutions like Conservación Amazónica – ACEAA.” As Robinson explained the different equipment he used to harvest, he showed the harness that Misael referenced saying that, “It’s a  lifeline.” He also showed his bag to collect açai and a machete to cut the bundles of fruit from the branches.

To those not used to the açaí harvesting process, seeing Robinson scale the tree was a nerve-wracking experience. But Misael assured the group of his expertise and familiarity with the process, as harvesting is a regular activity for him. “The worry isn’t being able to retrieve the açaí. It’s that we won’t be able to eat all the berries that he collects!” He also emphasized that the Federation has been grateful to strengthen harvesting practices with help from institutions and nongovernmental organizations, such as ours. He also emphasized the potential to replicate the successes in safer and improved harvesting in 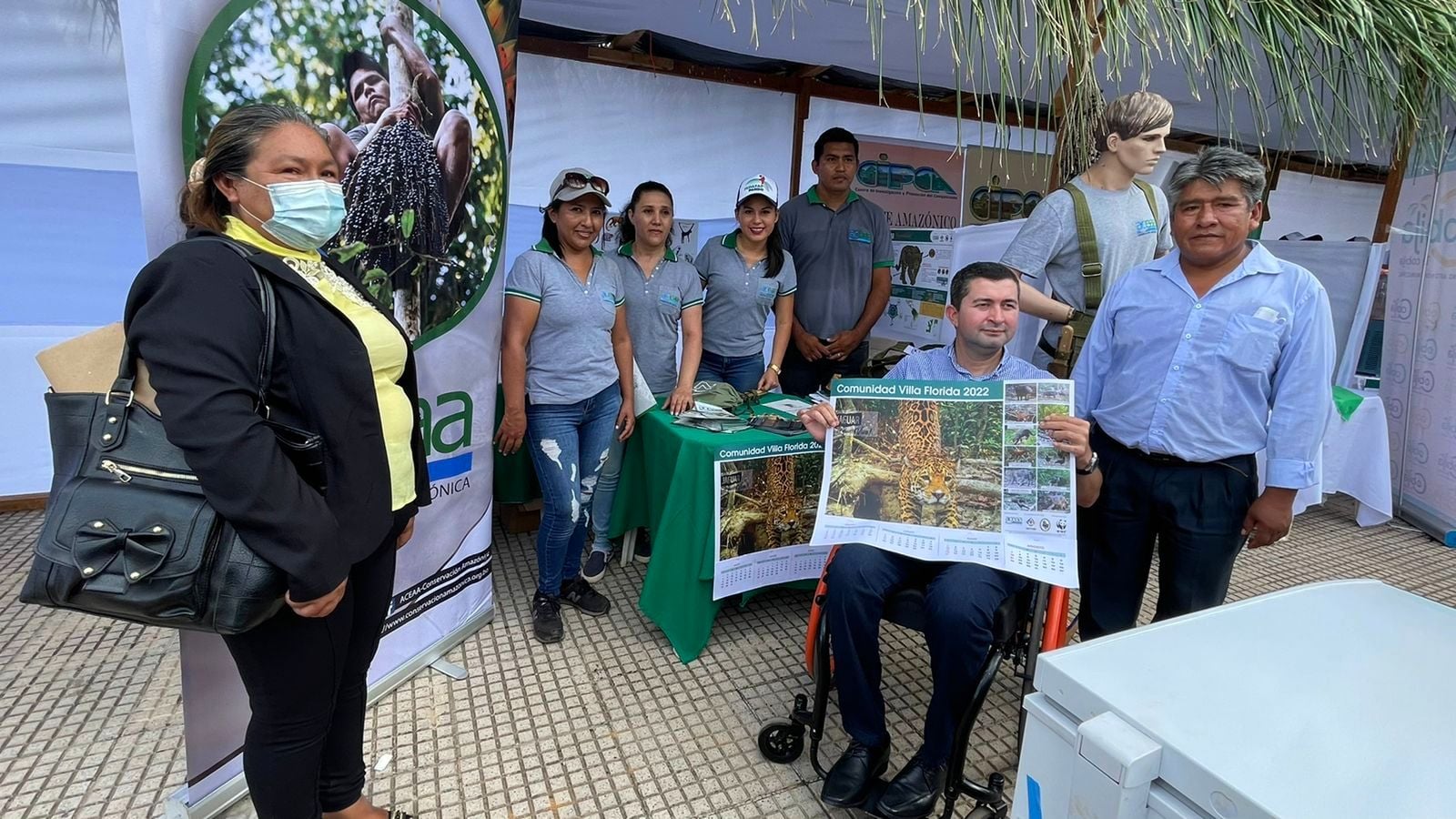 other parts of the Bolivian Amazon, saying that, “We can apply this system to other zones as well…there are measures, there’s equipment. We as a Federation are available to share this experience, technology, and equipment that is advancing.”

Pando’s first Açaí Fair overall promoted the knowledge and processing of this key Amazonian fruit and brought together presenters and producers from the municipalities of Santa Rosa, Porvenir, Filadelfia and Puerto Rico. An array of açaí-based products were available to try or purchase, including different types of food and a variety of local crafts. The month of April is even recognized as the month of Amazonian fruits, and açaí has also been declared as part of the Pando’s natural heritage, as the fruit is highlighted for their economic potential and basis for the conservation of the Amazonian ecosystem.

Learn more about how we partner with producers in Bolivia to improve the safety of harvesting and strengthen the productivity of forests.

Celebrate Earth Day like 9-year-old Aya, who was so inspired to protect the Amazon rainforest and all its ecosystem services that her new environmental club’s first fundraiser was held to conserve the Amazon. 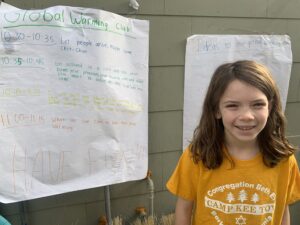 In her third-grade class in Oakland, California, Aya learned about the impact of climate change on the environment and animals. After hearing about the number of species and critical habitats being threatened, Aya knew she wanted to take action. Thus, she started a student-run Stopping Global Warming Club to protect the Earth. They recently held their first fundraiser — a bake sale to protect the Amazon rainforest — that was a huge success, raising $745 that was then matched and tripled to $2,235! 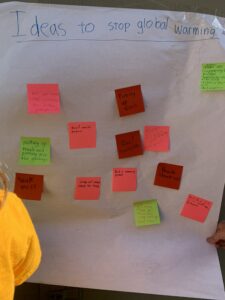 The inspiration behind Aya’s desire to start the Stopping Global Warming Club arose from her love for animals. “In my opinion, I think a lot of animals are super cute, and hearing about natural disasters and animals dying out made me feel upset,” she recalled. Aya knew she wanted to be a part of a group of like-minded conservationists, but the environmental clubs she researched were geared towards teens or adults. Unfazed, she took matters into her own hands. “When I looked online I saw clubs that are mostly for older people, like 18 or 21 year olds. And so I decided to start a club for younger people.”

The Stopping Global Warming Club currently has 13 members ranging from 5-13 years old. One is Aya’s friend Mira, who initially joined the club because she wanted to make friends in the neighborhood: “But then I learned a little more about global warming, and then I liked it more than just making friends. I liked helping the environment.” Mira added that her 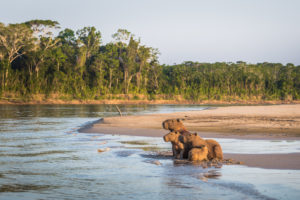 favorite animal in the Amazon is a capybara, correctly recalling that it is the world’s largest rodent. Now, Mira is even creating a play to stop global warming, telling us excitedly that, “I wrote the script already!”

The group decided to host their first fundraiser in March to support an environmental charity. When a member suggested that it benefit the Amazon rainforest, Aya agreed, as she recognized the major effects that deforestation has on the planet. “Protecting the Amazon rainforest protects those that live there. But also when you cut down a tree, gasses get released which affects people and animals in other places,” she explained. “I chose to support Amazon Conservation because, first of all, it’s not just any organization. It doesn’t just protect the Amazon rainforest, but it also works with indigenous peoples who really know about the forest, who really know about the different animals and plants.” 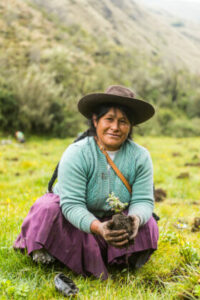 The Stopping Global Warming Club’s initial bake sale fundraising goal was $50, which can protect around 100 acres of forest for a year at Amazon Conservation’s Los Amigos Conservation Area. They ended up reaching and surpassing that goal — raising $745 which was then matched and tripled to $2,235. This significant amount can train 20 local members of a firefighting brigade in the Amazon on how to combat and prevent forest fires, which is essential during the annual and destructive fire season that’s already begun.

To others who are inspired to protect the Amazon rainforest, Aya encourages them to do so, saying, “Even if things sound impossible, you should still try to do them and who knows what could happen.” Mira added that, “This is a good cause, and people should start protecting the Amazon.”

This Earth Day, we celebrate young conservationists like Aya and her friends, who have been inspired by the incredible ecosystem services the Amazon offers – like habitat and food for animals and local communities alike.  Real change and impactful conservation efforts are critical to the future of the Amazon so that the next generation will also be able to enjoy the many resources the forest provides for years to come. Amazon Conservation is working hard on the ground to ensure a sustainable future for the forest by supporting sustainable livelihoods deep in the Amazon and protecting biodiverse zones in the Andean-Amazon region. With its countless ecosystem services from fresh water, clean air, and climate regulation to health foods, medical treatments and vaccines, and carbon sequestration, the Amazon is truly the greatest forest on Earth.

Thus, we hope that today – on Earth Day – you strive to be like Aya and her friends by taking action to protect the forest and its resources.