Amazon Conservation had successfully developed a computer-based tool that identifies Brazil nut trees using high-resolution satellite imagery and drones in pilot areas covering 300,000 hectares (see blog post here). This year, we adapted our methodology and converted our model into a Google Earth Engine development environment to enable it to be used in a different computer language with significant technical benefits – including making it more user-friendly and accessible by others. This improvement made it possible for this tool to be applied to other areas of the Bolivian Amazon, including the municipalities of Porvenir, Puerto Rico, and Santa Rosa del Abuná.

Computer models, drones, and satellites are helping us identify productive trees in dense forests, which can grow sustainable economies locally and regionally. These might be seem like just dots on a computer screen, but they hold the potential to make forest-based economies viable in a large scale and increase the demand for environmental protection.

It also enabled us to streamline the calculation processes, significantly reducing the computation time involved in the first version of our model and making us more agile in our analysis. The improvement of our Brazil nut tree identification tool enabled us to move forward while pandemic restrictions are in force and staff and communities cannot go into the field. Although we had planned to expand this effort initially by employing extensive field work to fly drones to gather this data, we were able to make this technological advancement first, which will make future field validation an easier process. 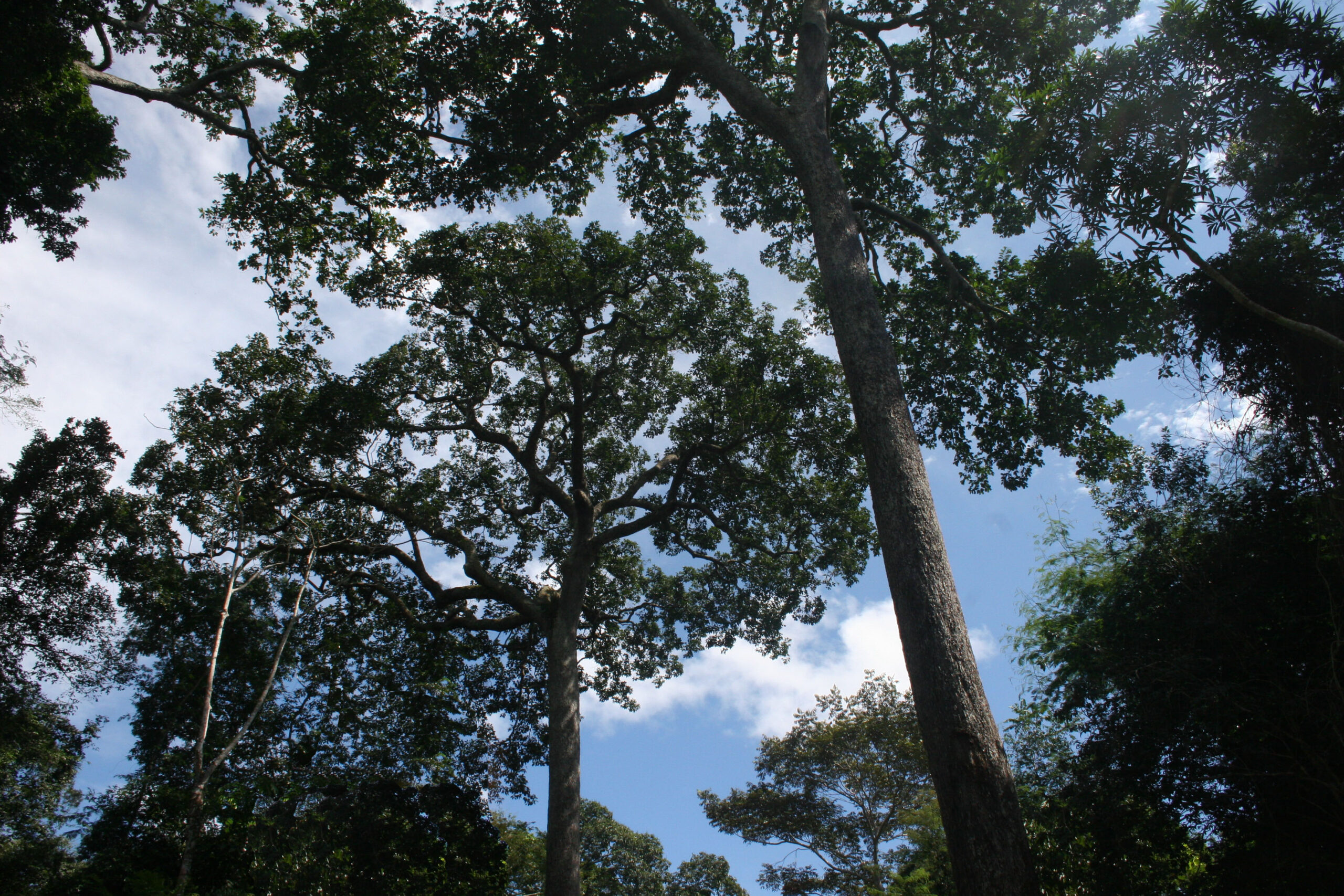 This advancement provides us with a sufficient base for determining the Brazil nut production potential of the 34.5 million acres of productive forests that we are focused on and to develop complementary algorithms to identify other economically and ecologically viable palm species like açaí, Palma Real, and Majo.

We are excited about the potential of this breakthrough and continuing to generate more innovative tools based on this type of technology, as it is helping us provide solutions to improve food security, decrease deforestation, and strengthen the forest-based economy that these communities are striving for. 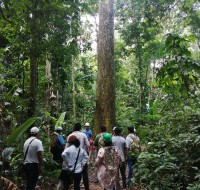 Amazon Conservation’s sister organization Conservación Amazónica – ACCA, with support from Google.org, just finished up a two-year initiative that trained community members to use cutting-edge satellite and field technologies to combat deforestation in the southern Peruvian Amazon, now protecting over 150,000 acres of lowland forests.

This initiative trained 75 Brazil nut harvesters and their families in forest monitoring technologies, which will help them safeguard forests to be used for sustainable purposes. Preventing deforestation of natural resources is not only environmentally important, but also economically, as the productive forests in and around the Madre de Dios area in Peru provide a sustainable and forest-friendly economic income to around 45,000 people, about 20% of the population.

In Peru, local families or associations can be granted a piece of public forests to be used for specific purposes – called a concession – such as harvesting nuts and berries, or for ecotourism. This system prevents acres of forests from falling victim to destructive activities, such as land squatting, illegal logging, or invasions by gold miners. Additionally, concessionaires are required by law to report on illicit activities in their concessions, which is a way the government gets community support to protect large swaths of forests. 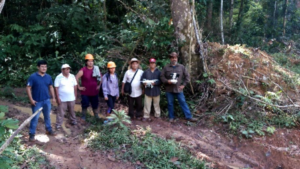 Before this program, concessionaires and their communities lacked capacity to monitor these large, remote areas and a way to rapidly and safely report deforestation in their territories. Our innovative methodology of combining real-time satellite imagery analysis and drone field technology (which includes smartapps and other technologies developed by Google) with legal training, gave concessionaires the ability to detect and report deforestation as it happened in their territory. This is a stark contrast from before, when the only way to monitor thousands of acres of forests was through foot patrols that took days to complete.

Now 75 Brazil nut harvesters and their families are using satellite imagery, early deforestation alerts, and GPS applications on mobile devices to monitor their forests. Among them, 23 individuals successfully obtained their licenses as drone pilots from the Ministry of Transport and Communications’ General Directorate of Civil Aeronautics. This means they can now their entire territory in minutes, without having to face potential risks of confronting dangerous individuals committing environmental crimes or even running into outsiders who might bring diseases like the novel coronavirus into their communities. 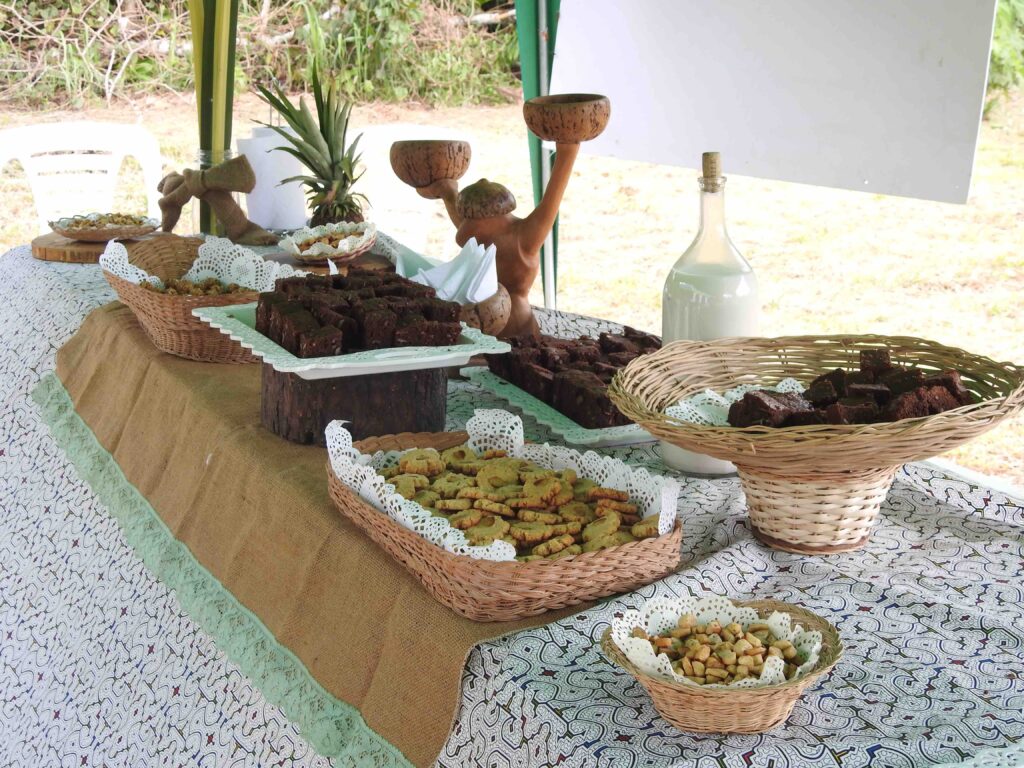 Through this program, over 153,000 acres (62,000 hectares) of forests are now monitored and protected with technology by the local people we empowered. Moreover, technological kits were donated to each individual or local association, each containing a drone, a maintenance kit, a laptop and a printer, giving them the knowledge and tools needed to safeguard forests..

These successes were celebrated with a closing ceremony in the Castaña Amazon Park earlier this year. Local authorities and representatives of local organizations attended, such as the director of the Research Institute of the Peruvian Amazon (IIAP) and members of local harvesting associations. During the ceremony, attendees enjoyed Brazil nut appetizers, while watching presentations about the project, the results achieved, and the collaborators and participants. The event ended with a guided tour of the Brazil Nut Harvesting Center in the Castaña Amazon Park, which is noted as the first living Brazil nut tree park in the world. 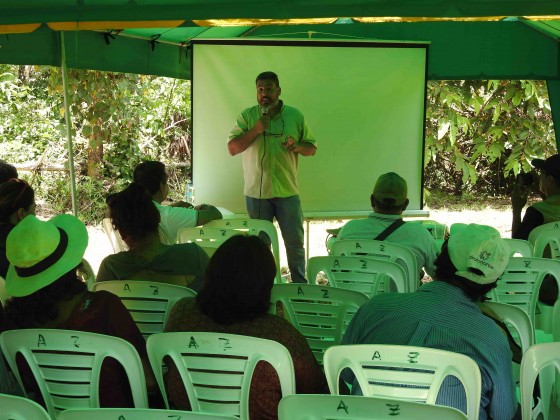 The project, led by our director of our Southwest Amazon Drone Center, Carlos Castañeda, will continue to provide technical support to maintain the donated drones and training to reinforce what they learned, as well as be available to answer any questions that may arise during monitoring and surveillance of their concessions. Thus, the continuity of the project and its sustainability are ensured.

This Google.org-funded project was the first of its kind nationwide in Peru. After this success, Amazon Conservation continues its mission of conserving the Amazon basin using new technologies. Over the next three years, we hope to strengthen the real-time monitoring of the forests by empowering local people and employing science and technology as a proven way to fight deforestation in the Amazon and create a model for other tropical forests around the world.