Here, we show that beginning in mid-March 2020, we detected the construction of a new access road heading further south from the last platform (Image 1). As of early May, this road construction was 4.7 km through primary forest. 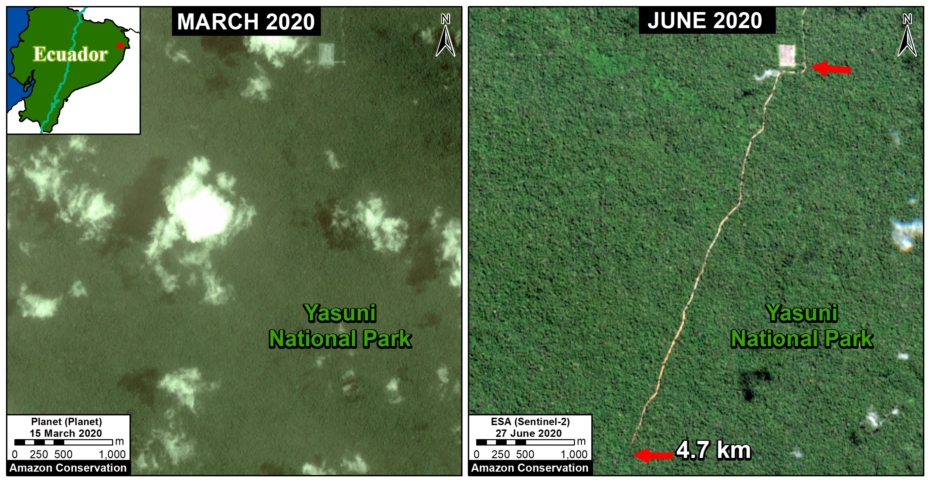 Yasuni National Park, located in the heart of the Ecuadorian Amazon, is one of the most biodiverse places in the world and forms part of the ancestral territory of the Waorani (see Base Map).

Under the ground of this vast area, however, are large oil fields.

In July 2019, the Waorani won an important legal victory to prevent oil activity in the western part of their territory (Block 22).

However, here we show the construction of new oil drilling platforms in the controversial ITT Block, in the northeast part of Yasuni National Park.

We calculated the deforestation of 57.3 hectares (141.6 acres) for drilling platforms and access roads within ITT and the adjacent Block 31.

In addition, incorporating edge effects caused by the deforestation, we estimate the impacted area is actually 655 hectares (1,619 acres), exceeding the limit of 300 hectares (741 acres) established in the public referendum of 2018.* 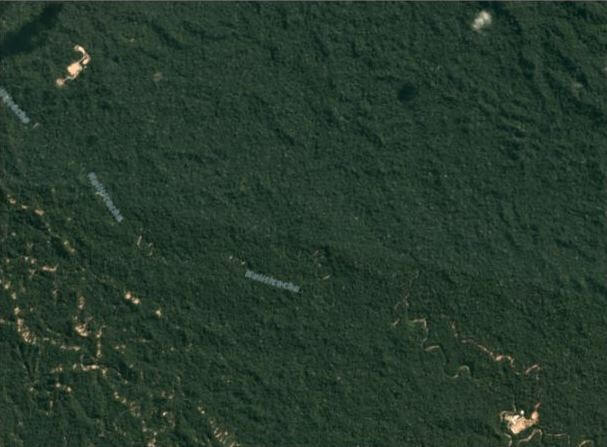 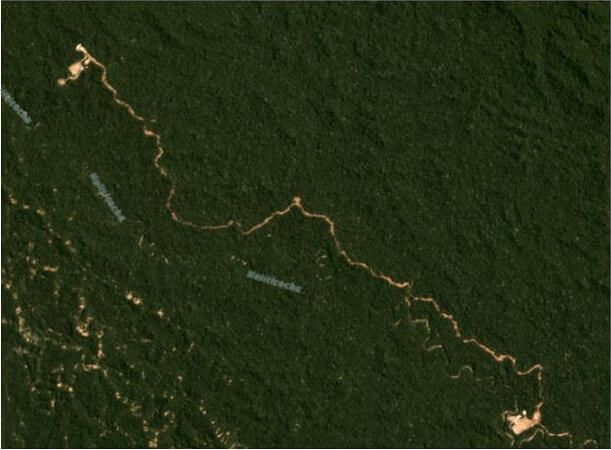 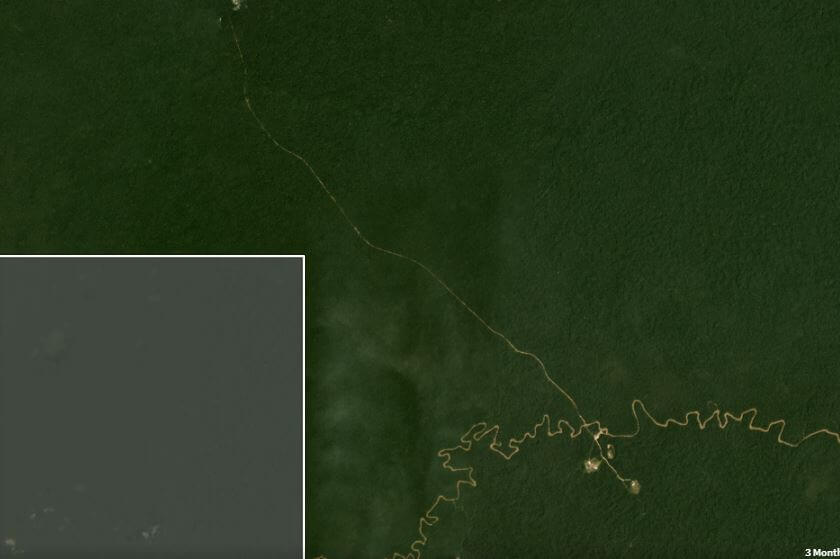