As described previously in MAAP #21, the illegal gold mining invasion of the Tambopata National Reserve began in late 2015. Here in  MAAP #30, we confirm that this invasion continues to intensify in 2016.

Image 30a shows the invasion zone, where we document that the illegal mining is advancing on seven fronts within the northwest section of the reserve and has thus far directly caused the deforestation of 130 hectares (320 acres) since September 2015. Below, we show high-resolution zooms of fronts 1-5 (Inset A) and a major mining camp recently established just outside of the Reserve (Inset B). 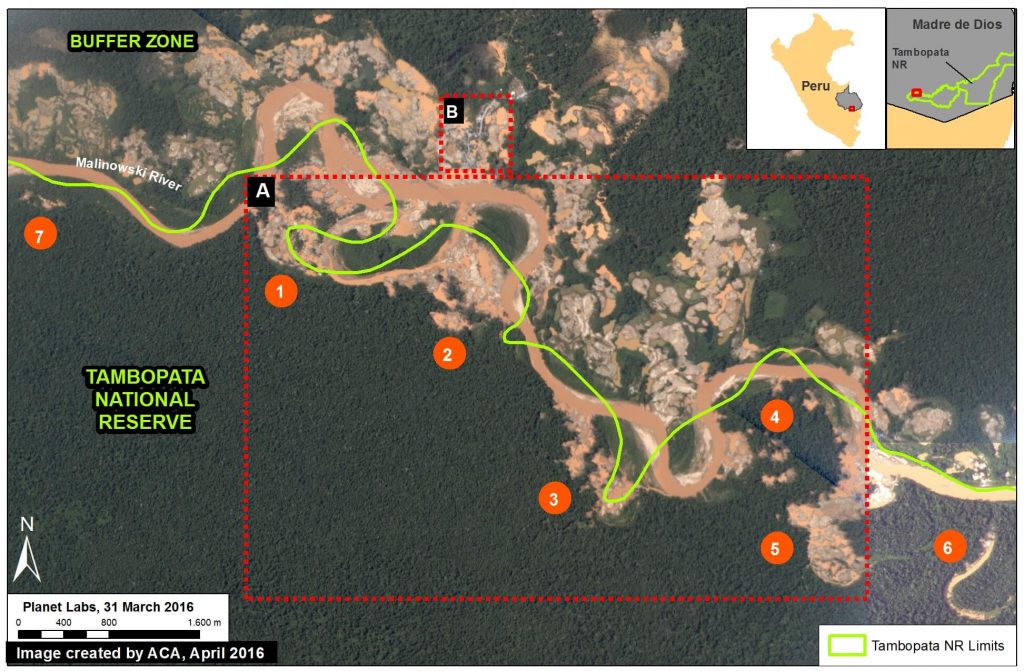 Image 30b shows the rapid expansion of deforestation in 5 of the fronts inside the Reserve between the end of January (left panel) and March (right panel) of 2016. This image corresponds to Inset A in Image 30a. Further below, Images 30c and 30d show high-resolution zooms of these 5 fronts.

Image 30c shows a zoom of deforestation fronts 1 and 2 between January (left panel) and March (right panel) of 2016. 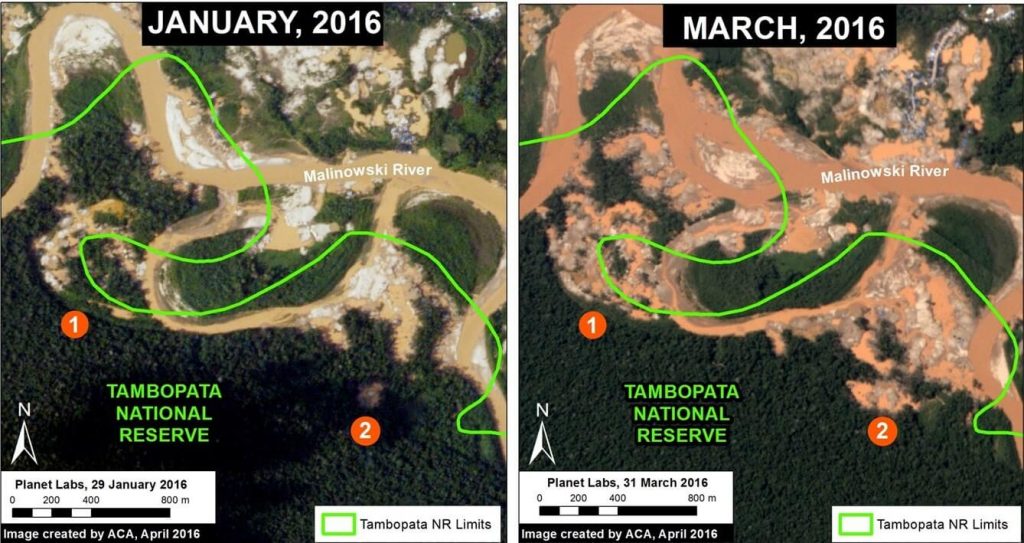 Image 30e shows, in high-resolution, the establishment of a major mining camp in front of the invaded section of the Reserve (and within the Reserve’s official buffer zone). This Image corresponds to Inset B in Image 30a. 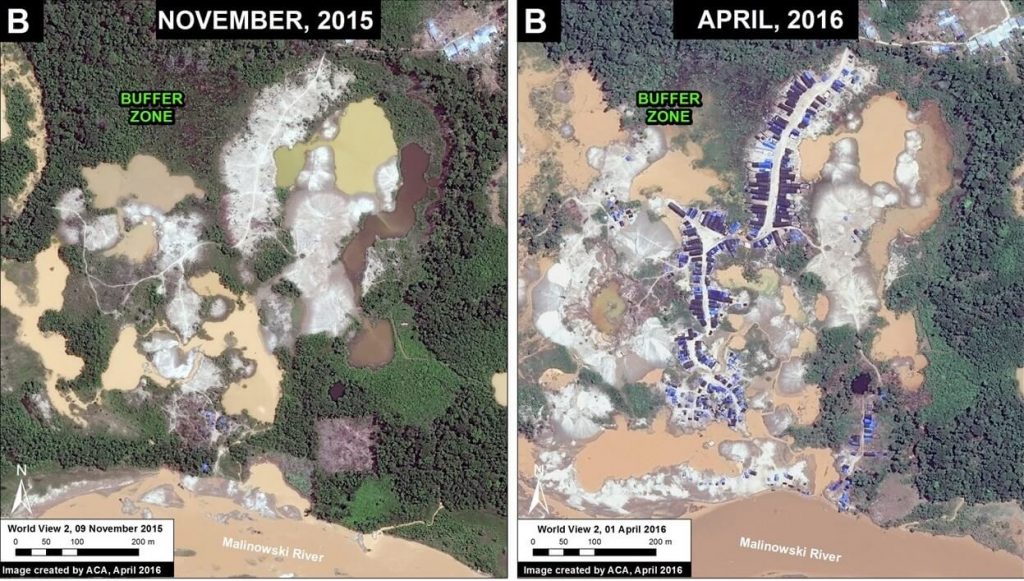 In early 2016, the Peruvian government led two major interventions (on January 21 and February 23, respectively) against the illegal miners operating in the interior of the Reserve. However, Image 30f shows in red the continued advance of deforestation (44 hectares) between March 1 (left panel) and March 25 (right panel). In other words, using radar technology (which can pierce through cloud-cover) we can confirm that deforestation continued to advance after the government interventions. 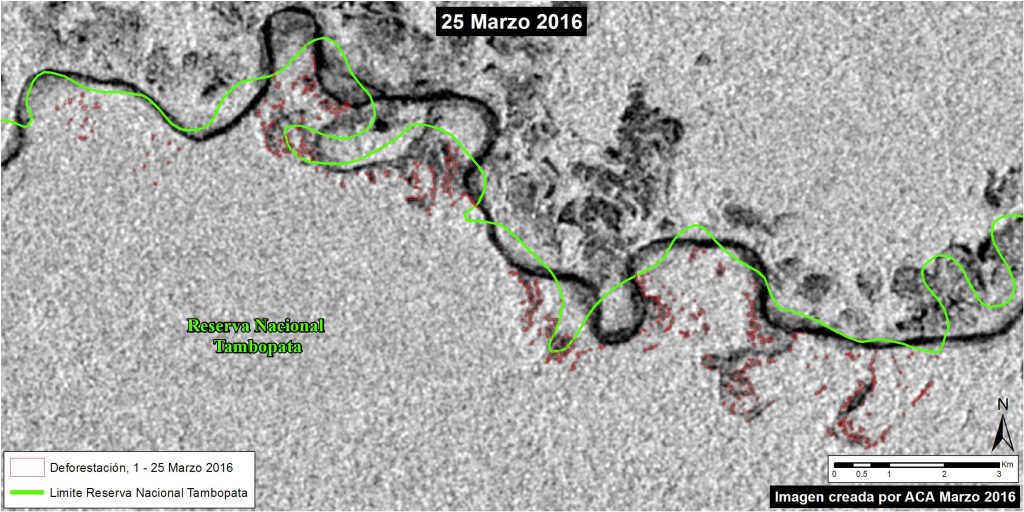